The Kazakh Armed Forces recently took delivery of a new batch of modern multifunctional Su-30SM jet fighters of the 4++ generation, the press office of the Defence Ministry reported. 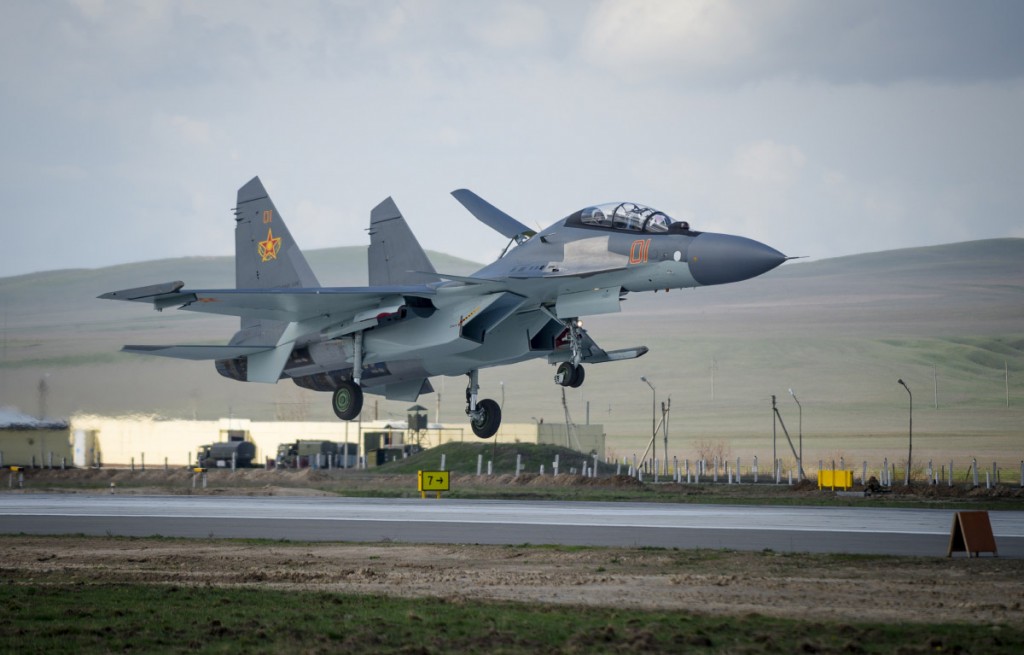 The fighter jets are capable of performing a wide range of all-weather combat missions and counter hostile aircraft at a considerable distance from the base. The Su-30SM is deployed to eliminate air, ground and sea targets, and is equipped with a wide range of weapons and complex modern avionics. Its combat and performance characteristics are close to the aircraft of the latest fifth generation. The jet fighter is effective in counter-airstrikes, counter-ground and counter-sea missions. It can conduct electronic counter-measures and early warning tasks. The aircraft also acts as a command-and-control platform within a fleet of combat aircraft performing joint missions.

The Su-30SM is manufactured by Sukhoi Design Bureau mainly for Russia’s Air Force. It is an advanced model of the Su-30MK combat aircraft series. In addition to Kazakhstan and Russia, the armed forces of Algeria, India, Indonesia, Malaysia, Uganda, Venezuela and Vietnam utilise aircraft of Su-30MK series.

The airframe of the Su-30SM is made of titanium and high-strength aluminium alloys. The fuselage head houses a cockpit, radar sections and avionics bay. High maneuverability is achieved through the integral aerodynamic form combined with thrust vectoring feature. The Su-30SM is powered by two AL-31FP by-pass turbojet reheated engines.

“To be able to successfully deploy the fighter, a deep knowledge of technology and continuous self-improvement are needed.  Our aircrew took an 18-month training to be able to pilot the fighters. The new aircraft enhance the safety and defence capabilities of the Armed Forces of Kazakhstan as a whole,” said deputy commander of the air base on educational and ideological work Colonel Temirtas Ibraev.

The first Su-30SM fighter designed for the Russian Ministry of Defence performed its maiden flight in September 2012.

Kazakhstan bought its first batch of the Su-30SM in 2015 as part of agreements concluded earlier between the defence ministers of the two countries.