ASTANA – Kazakhstan rose two positions to 48th in Bloomberg’s 2017 Innovation Index, marking the second year in a row the country has been among the world’s top 50 innovative economies. 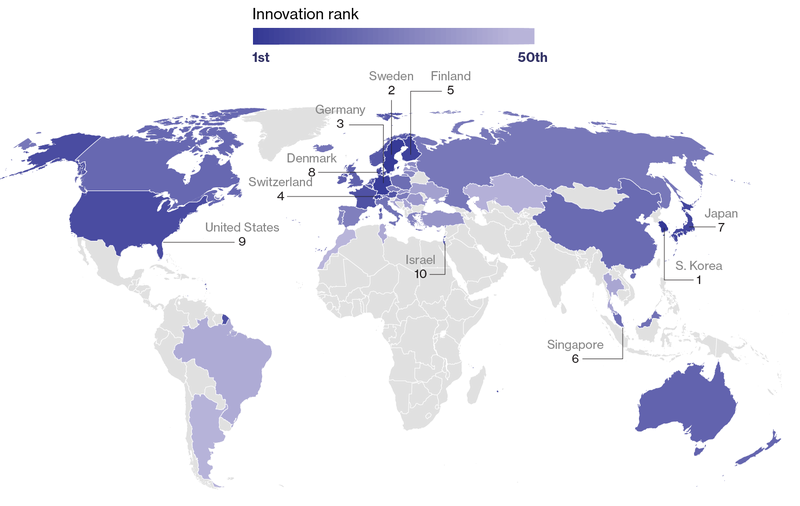 To compile the ranking, Bloomberg evaluated more than 200 countries, of which 78 had data available for at least six of seven factors. The agency uses data from the International Monetary Fund, the World Intellectual Property Organisation, the World Bank, the United States Patent and Trademark Office, the Organisation for Economic Cooperation and Development and the United Nations Educational, Scientific and Cultural Organisation.

Kazakhstan owed most of its rise in the ranking to patent activity. Manufacturing value-added (MVA) metrics also improved slightly compared to last year’s indicators. The country ranked as high as 28th, according to the number of patent filings, total patent grants and patents in force. The country ranked 42nd in MVA, measuring the manufacturing output as a share of the country’s economy.

Productivity expressed in gross national income (GNI) and gross domestic product (GDP) per person aged 15 and older earned the country 34th place in the ranking. Kazakhstan’s spending, as a percentage of GDP, on research and development placed the country 50th in the category.

The country earned 23rd position in total enrolments in tertiary education and 49th place in the number of professionals involved in research per population.

The country did not provide sufficient data available on the number of high-tech public companies, which falls under the high-tech density category, even though the country is seeing a rise in its engineering, aerospace, defence and renewable energy industries. 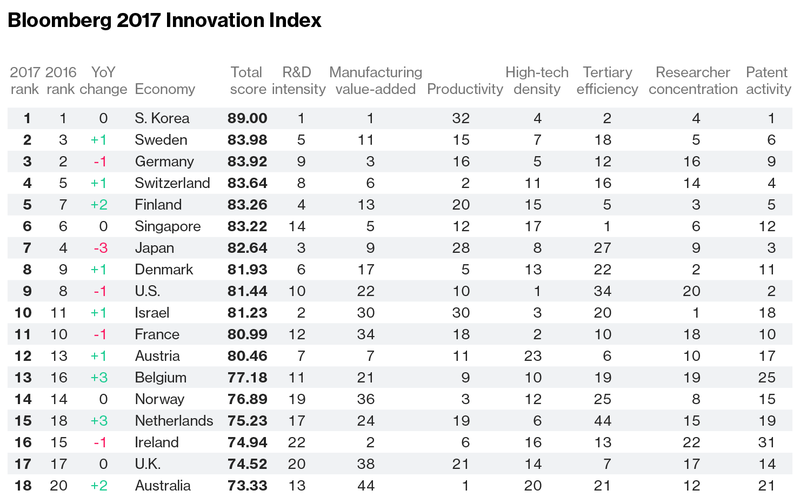 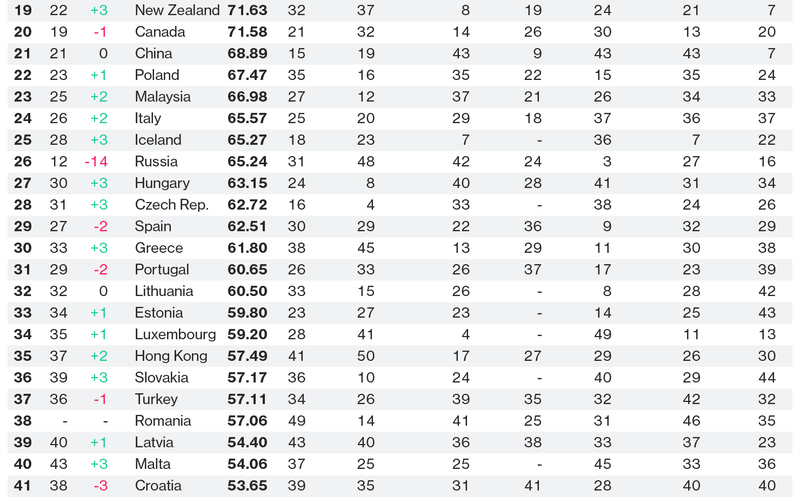 South Korea leads the rating for the third consecutive year. The world’s most innovative country is followed by Sweden and Germany. The top ten also includes Switzerland, Finland, Singapore, Japan, Denmark, the Unites States and Israel. China remains 21st in the ranking two years in a row. Russia ranked 26th, down by fourteen positions from last year.