By Arsen Omarkulov in International on 1 January 2017

ASTANA – Kazakhstan’s flag was raised in a special ceremony in front of the hall of the UN Security Council in New York on Dec. 31, 2016, signifying the assumption by the country of its duties as a non-permanent member of the body for 2017-2018. The plates with the name of Kazakhstan were also set at the negotiating table in the Security Council room and the room for private consultations, the country’s Ministry of Foreign Affairs announced in a Jan. 1 press release. 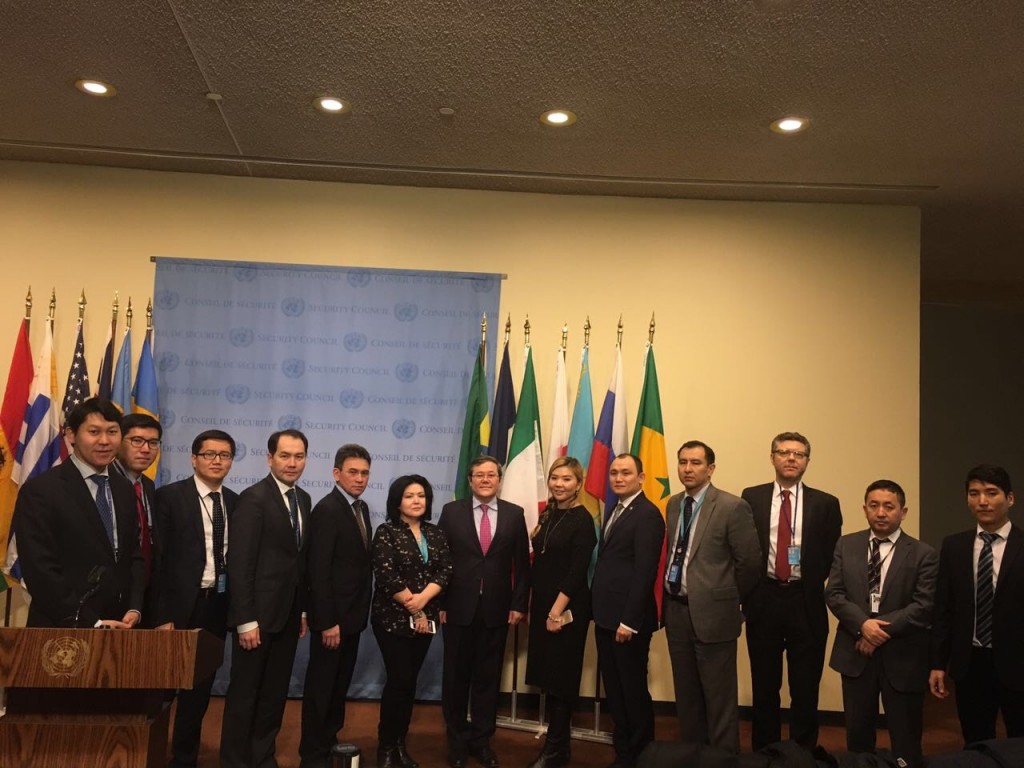 According to the Kazakh foreign ministry, “the convincing win in the election campaign for the post of a non-permanent member of the Security Council for 2017-2018 from the Asia-Pacific Group became the main foreign policy outcome for Kazakhstan in 2016. Our country has become the first in Central Asia to be elected to this important global political body.” Kairat Abdrakhmanov, Kazakhstan’s permanent representative to the United Nations during the past three years who had played a key role in conducting that campaign, was appointed the country’s new Minister of Foreign Affairs on Dec. 28, 2016.

According to the UN Charter, the Security Council is one of the principal bodies of the Organization whose decisions are legally binding for all its members. In order to ensure prompt and effective action of the United Nations, its member states have conferred on the Security Council primary responsibility for maintaining international peace and security, and have agreed that, in carrying out its duties under this responsibility, the Council acts on their behalf.

The first meeting of the UN Security Council in 2017 is scheduled for Jan. 3.