ASTANA – Kazakhstan performed well in the Dakar Rally in South America and won a category in the Africa Eco Race, both of which ended Jan. 14.

At the Africa Eco Race 2017, the team of Marat Abykayev and Andrey Chipenko finished 16th in the general car ranking, but in the T2 they managed to win in their Toyota Land Cruiser. 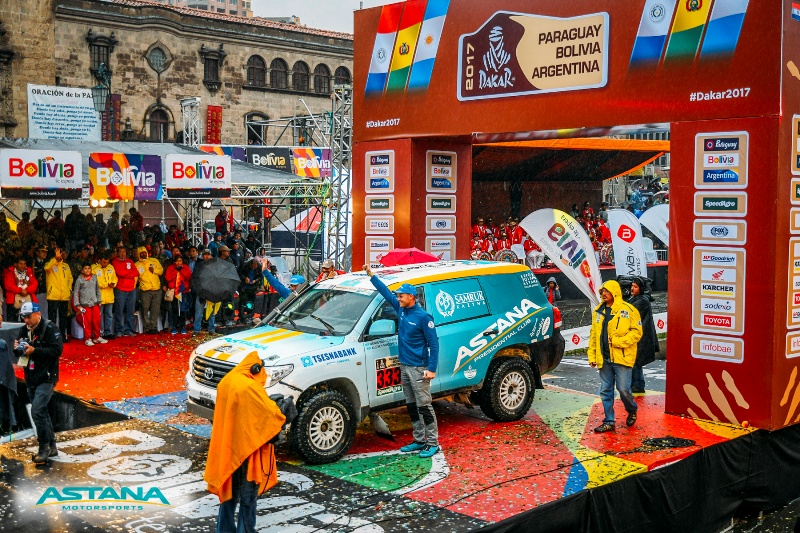 Denis Berezovskiy at the beginning of Dakar 2017

In fact, the Kazakh crew was the only one in its category to finish the race.

“We had a goal to win a race and we did it and we are satisfied. Everything went almost flawlessly,” said Abykayev.

In the car-truck category (T1) Andrey Cherednikov and co-driver Dmitry Tsyro were unable to complete the rally because of an accident they had while driving their Ford.

“This year the race was unique. It’s my second time at Africa Eco Race, and I was shocked by the diversity and complexity of the route. It was not easy from the first day. It was a sophisticated rocky path from Morocco,” said Cherednikov, according to Tengrinews.

The Africa Eco Race is an annual rally that crosses Morocco, Mauritania and Senegal. In addition to the racing, the event tries to bring attention to security issues, sustainable development and eco-responsibility. The race has 12 stages and covers 6,500 kilometres of roads. 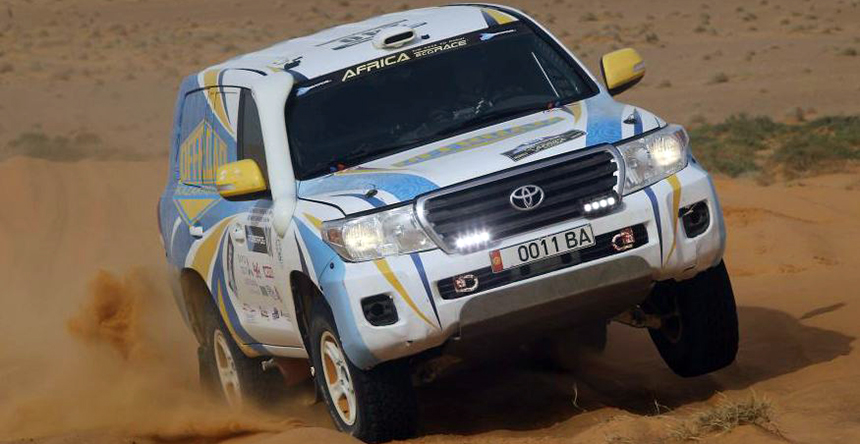 Competitors in the Dakar Rally covered a 9,000 kilometre route across Paraguay, Bolivia and Argentina.

A Kazakh crew of Denis Berezovskiy and co-driver Alexey Nikizhev racing a Toyota Land Cruiser 200 took 28th place out of 57 teams in the general car ranking.

“The weather brought some changes. We thought there would be a drought in Bolivia and took water with us. Instead we ran into a swamp and were fighting there with mud and rains that triggered landslides and blocked roads, creating an emergency throughout the country,” said Berezovskiy in an interview with Khabar 24.

In the truck category, a crew led by third-place winner of Dakar 2012 driver Arthur Ardavichus and including co-driver Serge Bruynkens of Belgium and mechanic Michel Huisman of the Netherlands racing a MAN truck finished 26th out of 40 teams. The first and second places went to Russian teams on Kamaz vehicles. Third place went to a team of three drivers from the Netherlands, Spain and Poland, driving an Iveco.

“We worked 100 percent. We did everything we could. In the production category we got closer to the gold Bedouin. Denis was third in that category. This has not happened before,” said Ardavichus.