By Dmitry Lee in International on 27 January 2017

ASTANA – Kazakhstan celebrated its 25th anniversary of independence last December and Jan. 26 the nation marked 25 years of diplomatic relations with Japan. In an exclusive interview with The Astana Times, Japanese Ambassador to Kazakhstan Ichiro Kawabata marked the date and congratulated Kazakhs on behalf of the Japanese mission. 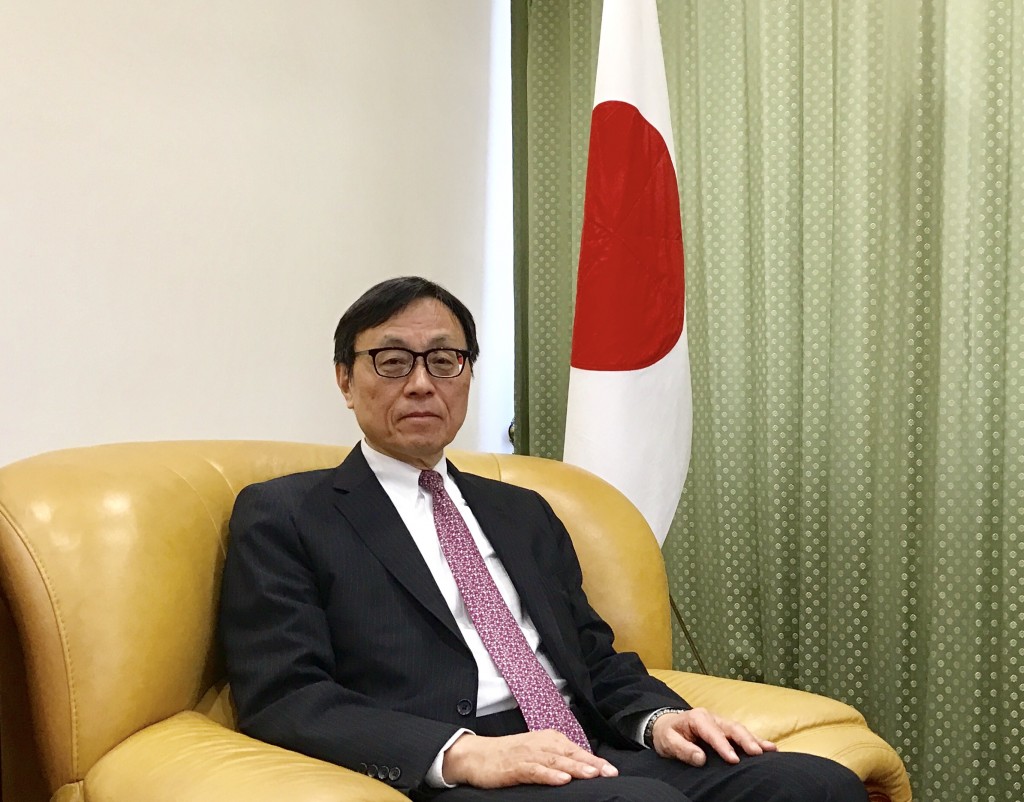 “Since the beginning of our friendly ties, the cooperation has been developing thanks to the efforts of many people,” he said.

“In 1991, on Aug. 29, Kazakhstan shut down the Semipalatinsk nuclear test site according to the decree of President Nursultan Nazarbayev and after gaining independence denounced nuclear weapons,” he said. The ambassador noted Japan had high regard for the move and provided medical assistance to the victims of nuclear tests. His country also helped implement “measures for socio-economic development and reduced the effects of radioactive contamination of the Semipalatinsk region by preparing specialists and radiologists and providing medical equipment and supplies.”

“In addition, we collaborated in the establishment of new infrastructure in Semey to accelerate nuclear disarmament. Semey residents love the big bridge over the Irtysh River [a project financed mostly by Japan and designed by Japanese company Katahira&Engineers International]; they consider it a ‘bridge of friendship between our countries.’ Today, Japan-Kazakhstan cooperation is developing steadily in all directions, but it was the nuclear disarmament initiative, proposed by President Nazarbayev, that bridged our countries for initial cooperation, further strengthening our relations,” he added.

Kawabata recalled the devastating earthquake that hit Japan on March 11, 2011. He said many Kazakhs were empathetic and Kazakhstan sent financial and humanitarian aid.

“Japanese people thank Kazakhstan for the firm support and will never forget this gesture,” he said. “Our peoples become closer and closer with each day despite the big distance that separates us.”

Addressing an audience at Nazarbayev University, he said Japan would continue the supportive policy towards the open, stable and independent region of Central Asia.

“Abe also announced a policy aimed at active participation in the region’s issues according to the Central Asia plus Japan Dialogue, in which there are plans to train highly qualified industrial personnel for the diversification of industry and the promotion of regional cooperation, as well as the deepening of cooperation on the world arena,” said Kawabata.

Nazarbayev paid his fourth official visit to Japan in November 2016, where he met Emperor Akihito, Abe and top managers in economic circles and delivered a speech in the Japanese Parliament. He ended the trip with a visit to Hiroshima.

“The mutual visits of heads of state in just one year were important events in diplomatic relations and the Kazakh President’s visit to Japan gave a powerful impetus to the development of bilateral relations,” said Kawabata. He added the two leaders inked a joint statement “On the expansion of the strategic partnership between Japan and Kazakhstan in the age of prosperity of Asia” and oversaw other agreements between the countries’ ministries and enterprises.

“Both for Kazakhstan and Japan, 2017 will be of utmost importance considering the deeper cooperation with the UN, as Kazakhstan has been elected to be the first country from Central Asia as a non-permanent member of the UN Security Council and Japan has been a non-permanent member of the UN Security Council since last year. Japan’s and Kazakhstan’s positions are aligned in numerous foreign policy directions and the countries will further cooperate in resolutions of global issues and in preserving world peace and security for the international community,” said Kawabata.

He spoke optimistically about the upcoming EXPO 2017 in Astana.

“The theme of the Japanese pavilion is entitled ‘Smart Mix with Technology – Experience and Challenge of Japan.’ Our country will present the latest environmentally friendly technologies and opinions on the use of different types of energy. I hope that this international exhibition will spawn new business opportunities and human exchange will reach a new level due to the large number of visitors from Japan,” he said.

Kazakh-Japanese cooperation is mutually beneficial, he added. Kazakhstan is rich in natural and excellent human resources, while Japan has cutting-edge technology and know-how for manufacturers that can meet Kazakh demands in ways to diversify industry and establish infrastructure.

“We could expand economic cooperation in such areas as ecology, energy, transport and logistics, geology and many others. During the visit of President Nazarbayev to Japan a variety of economic issues were discussed; it is now necessary to make efforts to implement the agreements concluded and, thereby, to build economic relations corresponding to the potentials of the two countries,” said Kawabata.

“Japanese manga, anime and national dishes, as well as traditional martial arts, are gaining more and more popularity in Kazakhstan. The first performance of the Astana Ballet troupe in Japan, the staging of the play about the Japanese internee Ahiko Tetsuro at KarLag, indicates that the Kazakh art connection with Japan is even stronger. Scientific cooperation also extends into different areas: history, archaeology, medicine, nuclear energy, space technology. Our embassy will continue to acquaint you with the charm of our country and its achievements,” he said.

Abe addressed the mass media during Nazarbayev’s visit: “Besides the resemblance in appearance we have a lot in common, as, for example, views on historical events and traditions of the country, respect for elders, open heart, the spirit that appreciates peace and harmony and a lot more.”

“And I often noticed many things in common between our peoples,” Kawabata said. “I am convinced if we deepen mutual understanding, overcoming differences and taking as a basis the common features, we would develop relations between the two countries in the right direction. I like the Kazakh phrase that says ‘when people in Kazakhstan meet for the first time they become acquaintances; twice – friends; three times and they become relatives.’ Let us, in the new quarter of a century, deepen our friendly relations to become one family!”