ASTANA – Eurocopter Kazakhstan Engineering (ECKE) is expanding its scope of work and gaining momentum by targeting increased exports. Commercial Director and deputy CEO of the company Timur Tilinin spoke to The Astana Times about the transformation plan and its early successes and gave a tour inside the facility. 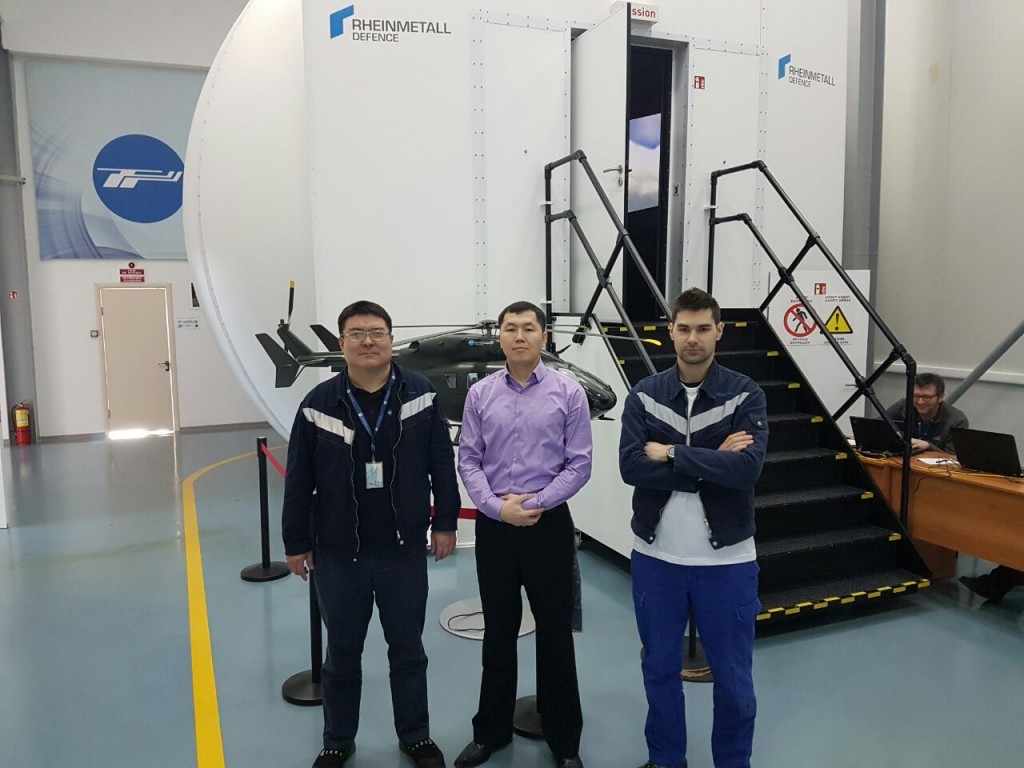 ECKE is a joint venture established in 2011 on a 50-50 basis by Kazakhstan Engineering National Company and Airbus Helicopters, one of the world’s largest manufacturers generating the highest revenues in the industry and delivering the greatest number of turbine helicopters. The company has 30 subsidiaries and 22,000 staff members across the world. Between China and Romania, however, Kazakhstan is the only hub that serves all of Central Asia.

“Eurocopter Kazakhstan Engineering is the backbone of Kazakhstan’s aviation engineering industry. This project was launched by Presidents Sarkozy and Nazarbayev. It is a very strong symbol for us that the facility was launched under the patronage of President Nazarbayev,” Tilinin said.

ECKE is designed to manufacture the EC145C2, but is also qualified to reassemble and maintain two other types of turbine helicopters: the H130 and H125. Since 2011, the facility has reassembled a total of 26 EC145 helicopters, eight of which have been delivered to the Kazakh Defence Ministry and the remainder bought by Kazaviaspas emergency agency under the Ministry of Internal Affairs. 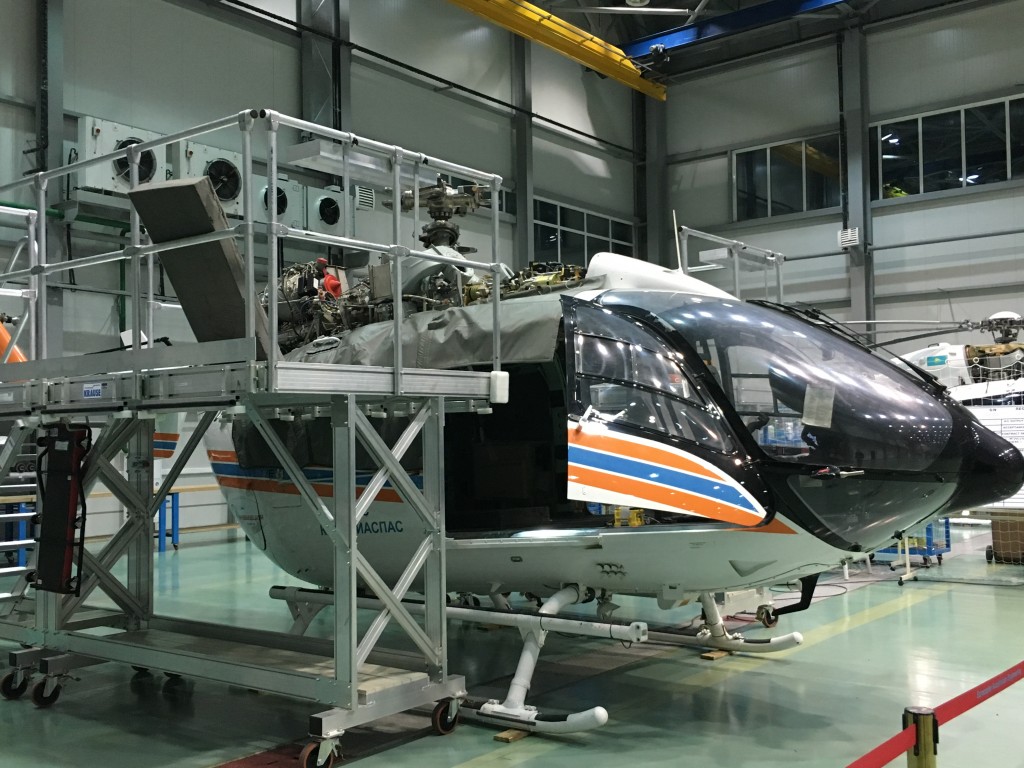 “Unfortunately, due to the (economic) crisis we halted the project. In mid-2015, ECKE launched a transformation plan to move from pure manufacturing to, first, becoming the distributor of Airbus helicopters in all Central Asia and, second, performing maintenance of the aircraft. We do the maintenance of all the helicopters we have produced,” Tilinin shared.

Airbus Helicopter has extended the distributor agreement for ECKE to the new aircraft models. The company is now exploring prospects of working with Kyrgyzstan, Tajikistan and Mongolia and building export capacities.

“Developing a network from scratch is a challenge, but we have already had some success. Technical assistance was provided to an operator in Yakutsk (Siberia). Last year, ECKE maintained one aircraft from Mongolia, so ECKE is just starting to gain momentum,” he added. 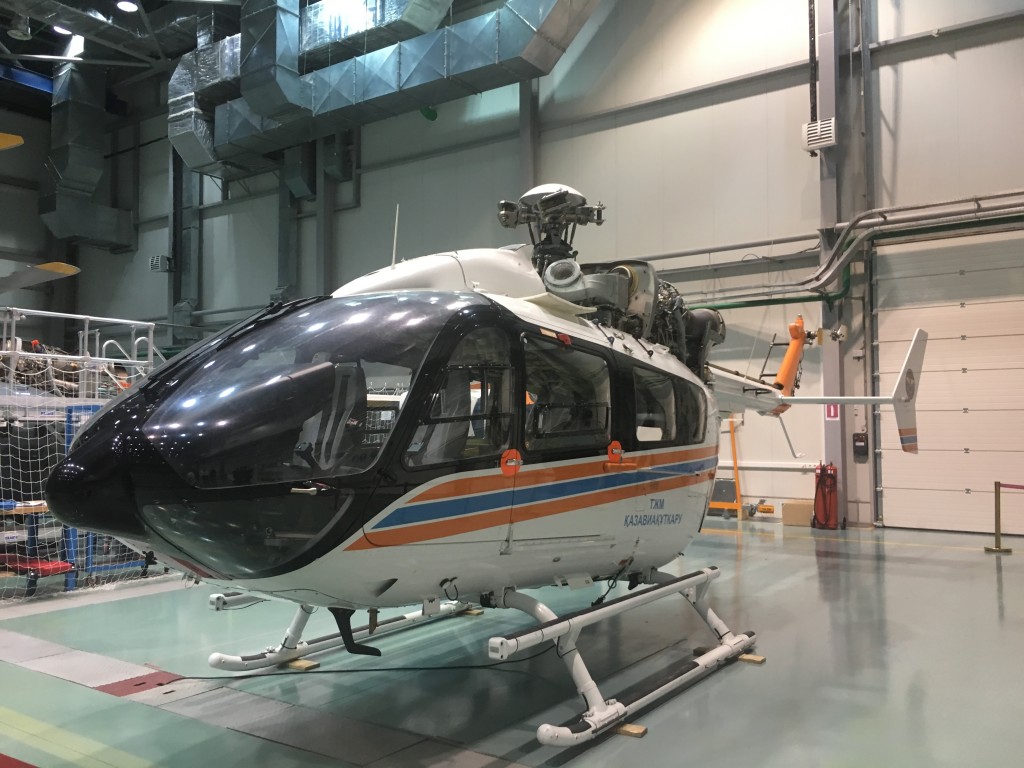 The company is also expanding its training component. In 2016, the ECKE training centre conducted flight safety seminars for Kazakh pilots and operators and trained engineers from Turkmenistan. The training was held in Kazakhstan for the first time.

“Our advantage is that we are not just another customer service centre, but we are a centre that is able to deliver and maintain aircraft and train the people in the Russian language,” said Tilinin.

Last year was a productive one for his team, said training centre head Madiyar Karazhanov.

“Our main mission is to ensure safe deployment of our helicopters. Last year we conducted type rating, refresh courses and flight inspection for pilots and training for mechanics and technicians. We have planned a new series of training courses starting in February till the end of this year,” he added. 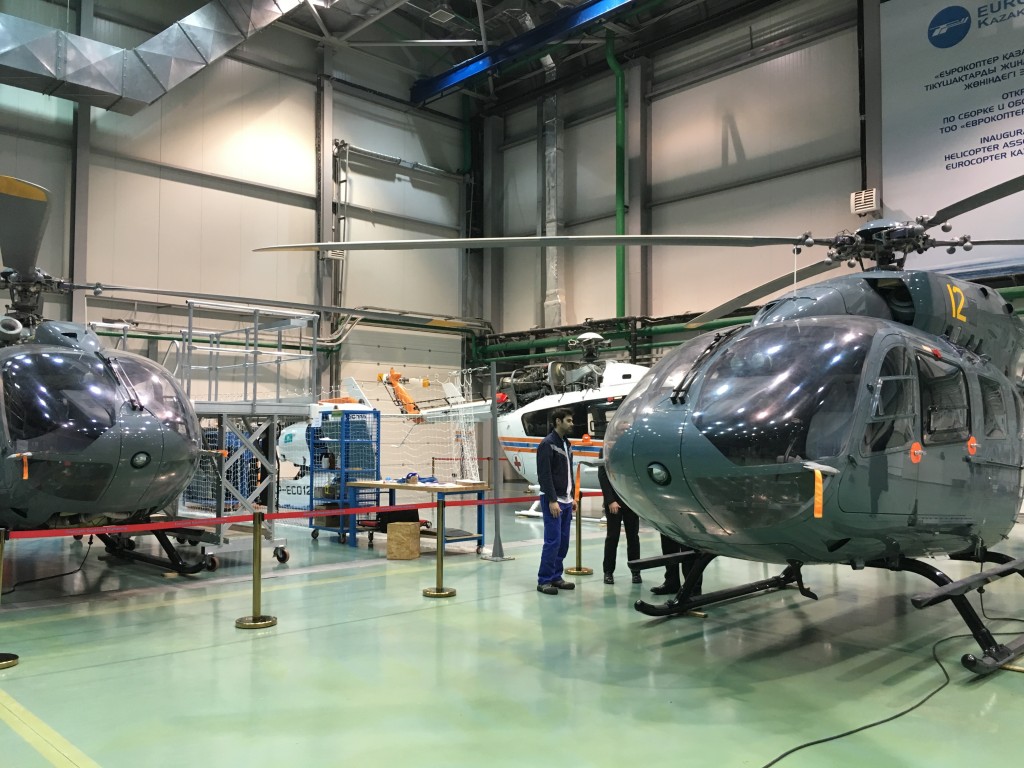 The training centre is equipped with an advanced multi-purpose flight simulator that can accommodate various cockpits, providing an opportunity to train pilots to fly different helicopters. The software can be changed depending on the training needs.

“The main purpose of the simulator is teaching the pilot the necessary procedures, starting from the engine start to landing and engine shutdown. The EC145 has two turbine engines. The simulator helps test different flight situations. Let’s say when one of the engines shuts down, we want to see how the pilot manages to safely land with the remaining engine,” said Karazhanov.

Issetov’s team is also in charge of maintaining the manufactured helicopters.

“Right now, there are three helicopters in the hangar undergoing regular maintenance. If the client needs it, we can maintain the aircraft throughout its service life,” he added.

Andrei Pavlov, ECKE’s leading mechanical engineer, has been with the company for more than three years. He conducts training for mechanics and technicians.

“A mechanic secures the safe and efficient operation of an aircraft and ensures the safety and reliability of the aircraft. For that, they conduct pre- and post-fight inspections and intermediate checks between flights. There are strict maintenance regulations a mechanic has to follow,” he said.

The company management is committed to building the capacity of its staff, supporting the local content and ensuring technology transfer. ECKE now has 41 employees.

“We are certified according to all the international standards, but every country has its own internal regulations, too. All of our local colleagues are qualified by Airbus Helicopters standards. Moreover, they have qualifications from Mongolia and Turkmenistan and are working to get qualified in Russia,” he added.

ECKE’s executives and staff are upbeat and well prepared for the prospects of the near future.

“We meet the highest Airbus standards in all of our activities. I believe we can become a flagship of the Kazakh aviation industry; something unique, to say the least, and everyone in the company is committed to making the project a success,” said Tilinin.