By Dana Omirgazy in Culture on 6 January 2017 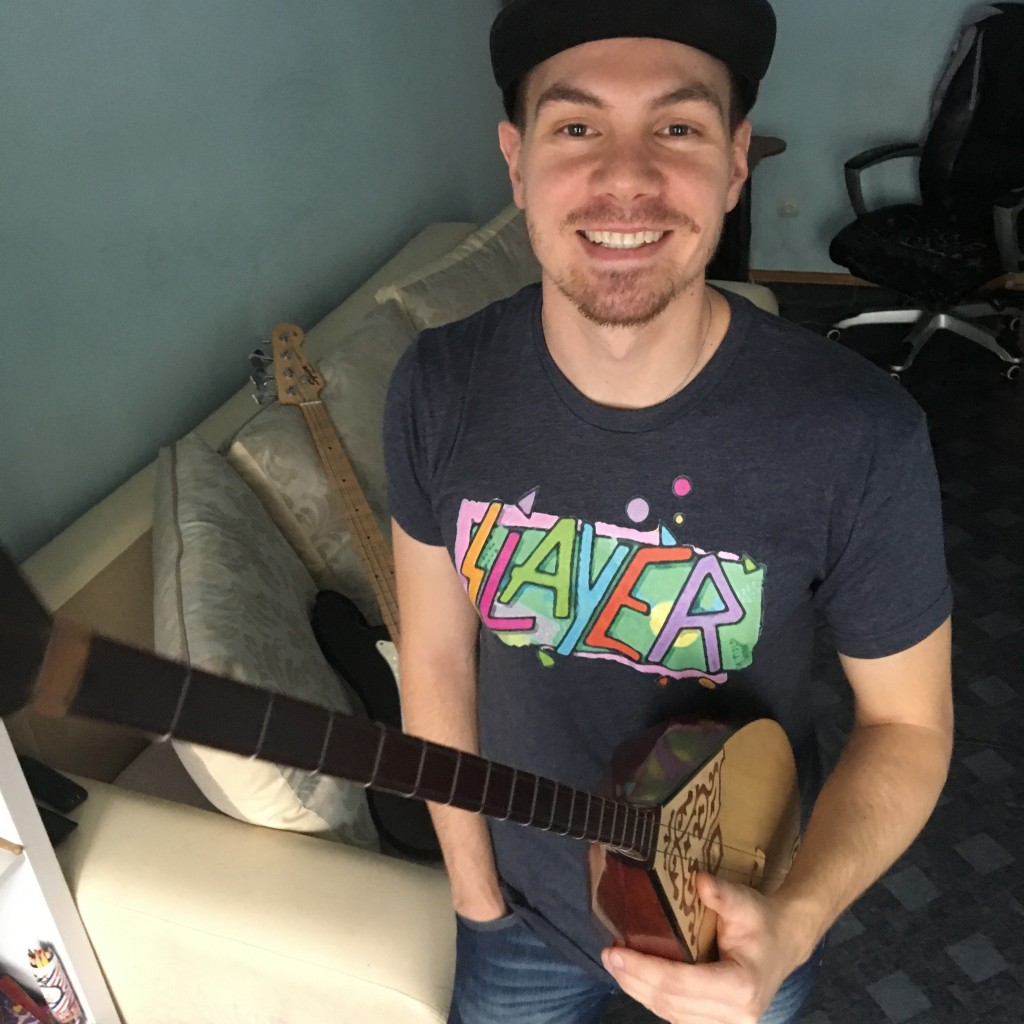 “As an old fan of the Metallica band, I always wanted to do a cover of one of their songs. I have noticed that some riffs of heavy metal bands vaguely remind the sound of some Kazakh kuis. The common thing is that the sound is very dependent on rhythm. In addition, guitar riffs are usually played on two strings, which is also similar to the principle of playing the dombra. I have chosen the song ‘Battery’ not by chance – it features very melodious entry and the main part consists of a fast and rhythmic patterns. I wanted to focus on this contrast,” Ponomaryov told The Astana Times.

Commenting on the video, some people even wrote that they were convinced of listening to the Kazakh kui until they read the name of the video. Ponomaryov also noted that he never learned to play dombra. However, he plays other string instruments.

“When my friend presented me a dombra, I picked it up and immediately began to play it like a guitar. I think that experienced dombra players noticed that my technique is not perfect and differs from rules.  However, I tried and did my best. I will keep learning,” he hopes.

Ponomaryov has been playing the guitar since he was 15 years old. Being a teenager, Ponomaryov created a garage team with friends and even held several performances.

“Now, music is only my hobby. I create melodies only during my leisure time, though I wish I had more time for it.  My latest experiment caught the interest of Kazakhstan citizens. I had more than 40,000 views to my video in a couple of days. Now I have some interesting ideas and I hope the audience would like it too.  I think it will be better to keep the secret and make a surprise,” Ponomaryov shared with the paper.

Besides making music, Ponomaryov often creates social videos through which he tells people about old things but from a new angle.

“This is my personal civic initiative. I produce them on my own and present them to the public. For example, I went to the Kasteev Art Museum [in Almaty] and I was inspired by paintings. As a result, I made a short movie named ‘Alive Paintings of Kazakh Artists,’ motivating the audience to get closer to the art. I am sure that social advertising starts working thanks to innovative approaches. Therefore, I am constantly experimenting,” he said.

Ponomaryov has also applied his skills to environmental issues.

“I try to show what I care about: environmental problems, city development and corruption. About five years ago, I painted a social cartoon demonstrating the problem of spitting on the streets. The idea was to show the isolation of this problem. Most of the children copy what the adults do and adults need to show an appropriate example. As a result, the video was appreciated by the audience, gaining thousands of views in the internet and receiving a nomination in the Social Advertising Competition,” Ponomaryov remembers.

The talented creative is also fond of studying languages. He speaks Serbo-Croatian language and is currently studying the Kazakh language. In addition, Ponomaryov is fond of writing and travelling.

“I often go to our magnificent mountains with my friends, where we will also shoot some short videos. Thus, we are trying to draw public attention to domestic tourism and to instil a love of hiking.”