By Malika Orazgaliyeva in International on 27 January 2017 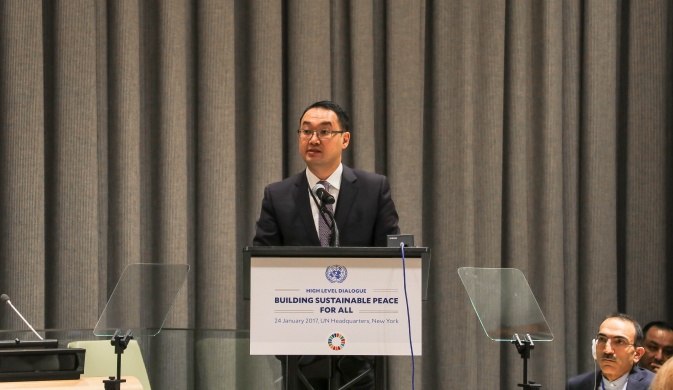 The Permanent Mission of Kazakhstan to the United Nations in collaboration with the delegations of Belarus and Suriname, as well as the United Nations Development Programme (UNDP) convened a joint event, “Responsible Governance, Disarmament and Non-proliferation for Progress and Sustainable Development.”

Ashikbaev underlined the international initiatives of President Nursultan Nazarbayev, including the Manifesto “The World. The 21st Century” and the idea of ​​allocating 1 percent of the annual defence budget of UN member states to the UN Fund for Sustainable Development Goals. This initiative will allow the redirect of financial flows from the defence sector to the UN agenda for sustainable development. 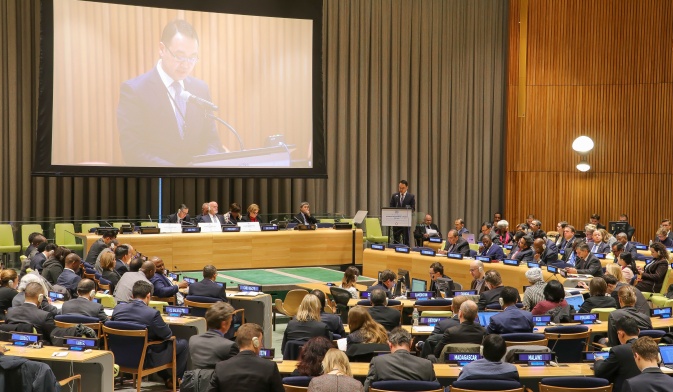 On Jan. 24, Ashikbayev participated in the high-level dialogue “Building Sustainable Peace for All: Synergies between the 2030 Agenda for Sustainable Development and Sustaining Peace.” Ashikbayev voiced the measures taken by Kazakhstan toward implementation at the national level of the UN Global Agenda for sustainable development until 2030, including the statement of the Senate of the Kazakh Parliament on reaffirming country’s commitment to internationally agreed commitments.

On the sidelines of the events, Ashikbayev also met with Rybakov of Belarus to discuss cooperation at the UN.