ASTANA – Amendments to migration legislation on citizens’ temporary registration entered into force this month in Kazakhstan, evoking disputes among the population all over the country. New rules are supposed to tighten laws against terrorism. According to Galina Sarsenova, deputy head of the Migration Police Department, the absence of registration may result in the issuing of a penalty charge notice for both owners and renters starting from February. 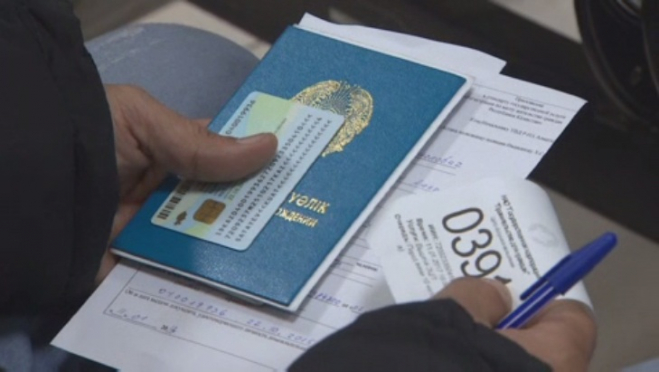 She also clarified the mechanism on determining the amount of a penalty. For example, an individual will have to pay 15,883 tenge (US$48) for failure to register as an inhabitant. Penalty for housing owners will be at least 22,690 tenge (US$68.65).

The new rules prompted a strong public response with large queues at the Public Service Centres (known as TsONs) and indignation in social networks. However, officials assured that not much has changed. The only change refers to shortening the term for temporary registration from three to one month. Head of Migration Police Department of Kazakh Ministry of Internal Affairs Serik Sainov considers discontent in the social network to be unjustified and believes that temporary registration can help ordinary Kazakh citizens, according to informburo.kz.

“The new rules oblige property owners to register people living in the flat or house. Previously, penalty charge was issued for a person living without registration for more than three months. Now, this term is shortened to one month. People do not register and live without appropriate documents for years. Now, homeowners are obliged by the law and people rushed to the TsONs. However, citizens will not be fined for absence of registration until Feb. 7,” Sainov explained.

“People can apply for registration at any TsON of the city, regardless of place of residence. This greatly simplifies the process,” he added.

Given a large flow of people, medical units were also opened at TsONs to provide assistance if necessary.  In addition, pregnant women and people with limited abilities can receive preferential service in special windows or use in-home service by calling 1414.

Heated debates on the amendments and short terms given for registration were seen on social media. Well-known lawyer Dzhokhar Utebekov compared the new rules to ‘serfdom’ and criticised the work of lawmakers pointing to serious gaps in the legislative document.

“President Nazarbayev instructed the government to draft a law to combat extremism. As for the population registration, he said: ‘The government needs to speed up the work to create an integrated migration control system based on modern technologies.’ I think everyone would be very glad to see a modern and synchronous population database. The President did not charge to introduce a temporary registration. In a couple of weeks, a government bill, which said nothing about ‘integrated system’, was submitted to expert examination. However, it featured a double compulsory registration. Now I wonder who gave birth to this wild idea? Who is the author?” said Utebekov in a Facebook post about new rules.

He also posted a list of frequently asked questions about temporary registration and answered them.

At the government meeting, Prime Minister Bakytzhan Sagintayev criticized the work of the Ministry of Internal Affairs on explaining the new changes and instructed to hold a large information campaign to explain amendments and to make the registration process more efficient at the centres.

Later, Kazakh Minister of Information and Communication Dauren Abayev announced Jan. 17 about the introduction of registration services in the e-government website to shorten queues at TsONs and facilitate registration of citizens.