ASTANA – The China Council for the Promotion of International Trade (CCPIT) presented the concept for China’s EXPO 2017 pavilion at a Jan. 5 conference in Beijing, according to Kazinform news agency. 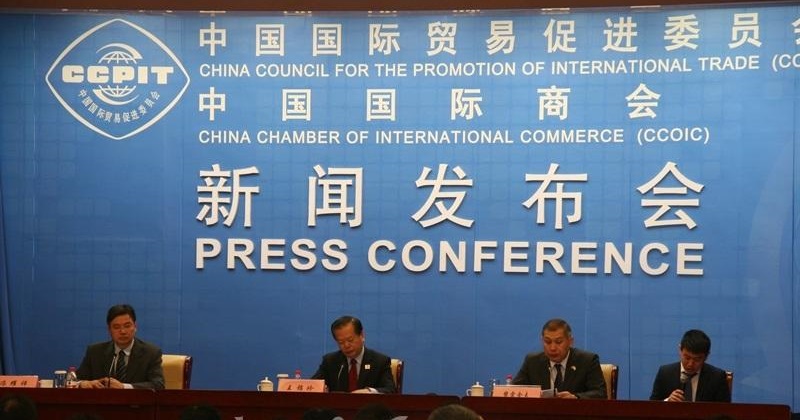 China’s pavilion, among the largest at the upcoming exhibition, is preparing many surprises for its visitors.

“Being the second largest economy in the world and the largest producer and consumer of energy, China views EXPO 2017 in Astana as a platform for an all-round demonstration of China’s advanced technologies and strategy in the energy sector, an exchange of experience with Kazakhstan and other countries, as well an opportunity to highlight China’s image as a responsible state,” said CCPIT Vice Chairman Wang Jinzhen, who is also national commissioner of the Chinese pavilion at the expo.

He also added that EXPO 2017 will take place in the year of the 25th anniversary of Kazakhstan-China diplomatic relations, the Year of Chinese Tourism in Kazakhstan and as the large-scale One Belt, One Road economic strategy is being implemented.

This month, China started decorating its pavilion and launched its official website, www.expochina2017.org.

China’s pavilion will cover an area of 1,000 square metres. Its main theme will be “The Energy of the Future: Green Silk Road” and there will be three main parts – past, present and future.

According to Kazinform, the pavilion itself will include a lobby and areas called Energy Corridor, Wisdom and Practice of China, Energy Dream Theatre, Global Mission and Cooperation, as well as a reception hall.

Different 3D technologies will be installed to show the history of energy development and provide options for different futuristic models of energy solutions, including an “artificial sun.”

According to Wang, numerous events will be organised at the Chinese Pavilion during the expo, including Kazakhstan-China cooperation forums in energy and tourism, an exhibition of the Terracotta Army and other cultural and business activities.

Within the expo period, 24 regions of China will hold thematic days. Also, 10 of China’s largest energy companies will showcase their achievements in alternative energy.

The information partners of the Chinese Pavilion are the Xinhua News Agency, the People’s Daily, China Daily and other mass media.

China officially confirmed its participation in EXPO 2017 in August 2015. In the same month, Kazakhstan and China signed a memorandum of cooperation on holding the exhibition.