By Kamila Zhumabayeva in Sports on 6 January 2017

ASTANA – When someone mentions cheerleading, girls from squads in American pop culture are first thing to come into one’s head. Kazakhstan has its very own cheerleading federation, with teams representing the country and leading to its complete development. 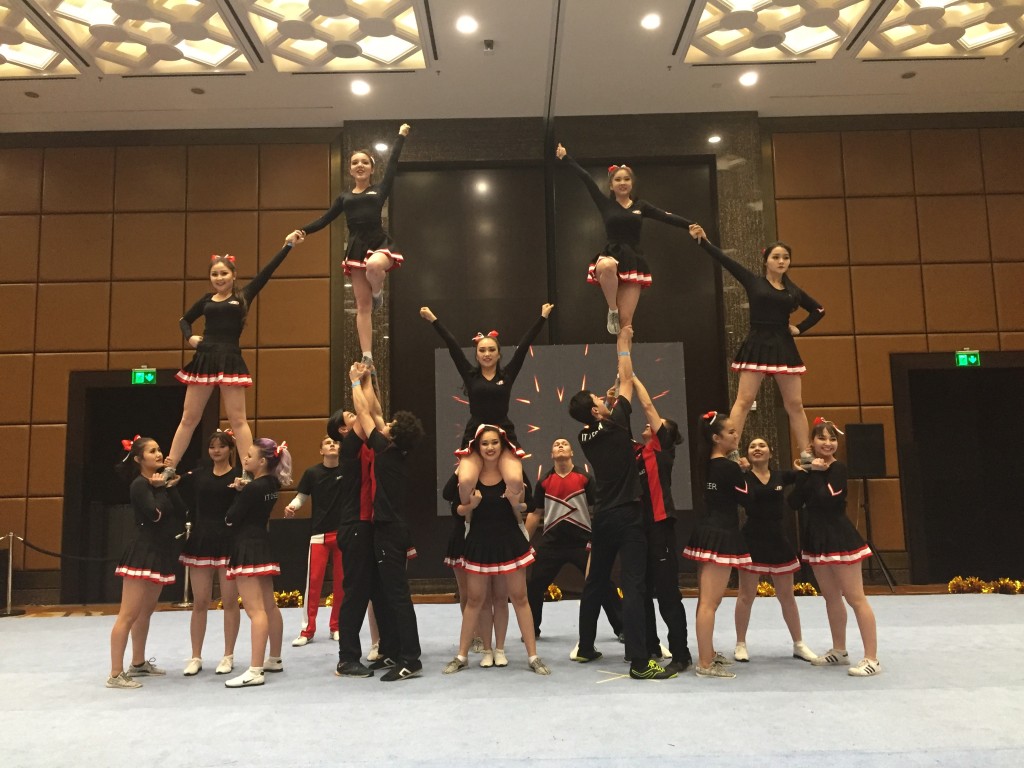 Having originated in the U.S., cheerleading is a multifaceted sport that incorporates claps, jumps, dancing, stunting, acrobatics, gymnastics and other elements of physical activity.

Squads are commonly seen at American football, basketball and other games to motivate the team and entertain the fans. Cheerleaders perform during competitions and time-outs, with the one to three-minute routines meant to encourage the audience to cheer for the team. Some squads also participate in cheerleading competitions.

The cheerleading federation, officially registered in 2007, was founded by Alfiya Sainova, the first coach and now federation vice president. Athletes were being trained as early as 2002.

Under her leadership, the country’s cheerleaders participated for the first time at the world championship in Bremen, Germany, in 2009. Teams continue to perform at international championships. 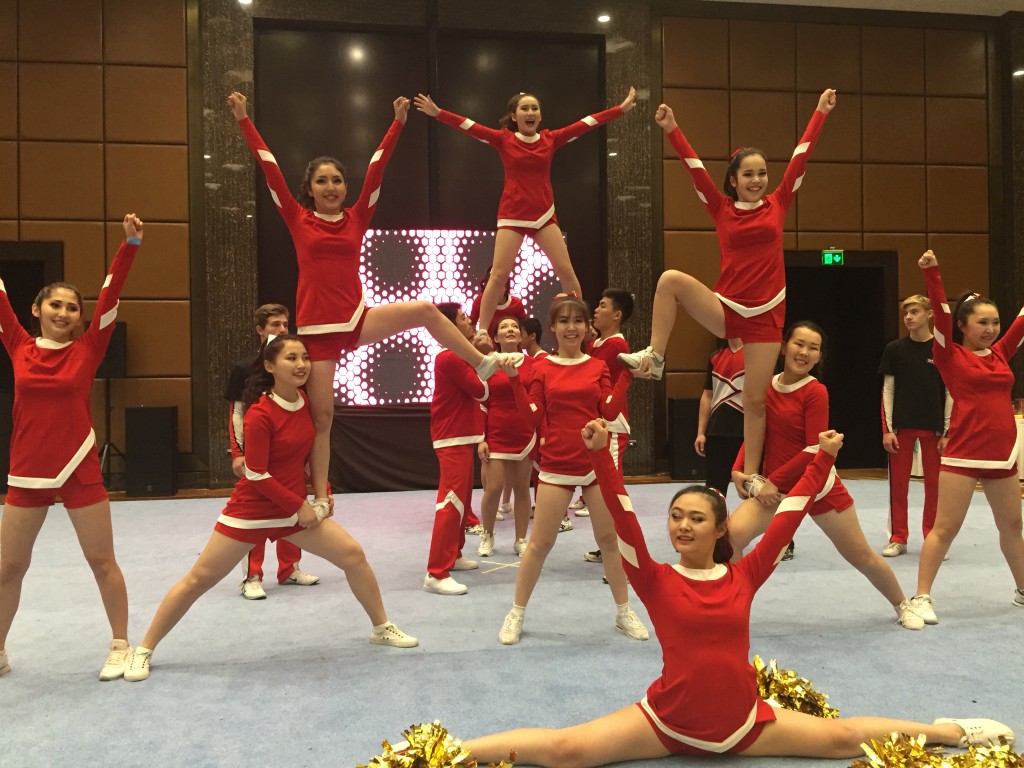 Various levels of competition based on age categories and status as amateur or professional are usually held according to certain rules. Some data suggests that the number of individuals involved in the sport worldwide exceeds six million, according to the country’s National Federation of Cheerleading.

Compared to the U.S., where cheerleading is popular and mainstream, physical activity at schools and colleges in Kazakhstan is still continuing to gain pace as an official sports activity.

“We don’t have such a tendency yet. We tried to introduce cheerleading into regular school programmes, but new developments seemed difficult for their teaching staff in terms of teaching new skills to children and many other matters,” National Federation of Cheerleading jury board member and chairperson Galina Zverkova said in her interview with The Astana Times.

An activity similar in technique to cheerleading existed in the country before the Great Patriotic War. Groups of athletes used to present “acrobatic etudes” and march with slogans at sports parades, theatrical performances and other public events.

“Our cheerleading teams are in higher education facilities across Kazakhstan’s five regions and currently about two or three colleges in Almaty. We have a large coaching staff and participants in Karaganda and Taldykorgan, lately in Ust-Kamenogorsk and a little less in Aktobe and Pavlodar,” said Zverkova.

“We hold championships, festivals and many other events every year. The 10th championship will take place soon,” she added.

Sports categories are assigned for achievements during the competitions. Teams participate in world, Asian and European championships.

Cheerleading requires good physical training, artistic traits, willpower and leadership. Training programmes, publications and seminars are available to educate and train all juniors. Training cheerleaders sometimes takes more time than coaching the athletes they cheer for, according to cheerleading.kz. In professional sports, the squads are often represented by sports teams.

Individuals from kindergarteners through adults can be involved in cheerleading. Athletes up to 45 years old may participate in world championships.

In Kazakhstan, children can begin cheerleading from ages three-six. Teams have members up to age 20. Kids are basically participants because they start training in schools.

Cheerleading is still a new development in the country and the federation has been holding many events such as seminars, training camps and practical trainings at schools and universities. Sometimes, coaches from other countries are invited to conduct workshops for such events.

“We have a prospect for growth. We don’t leave children after they perform one dance or participate in one competition. We assign skill categories according to competition results and so on,” said Zverkova.