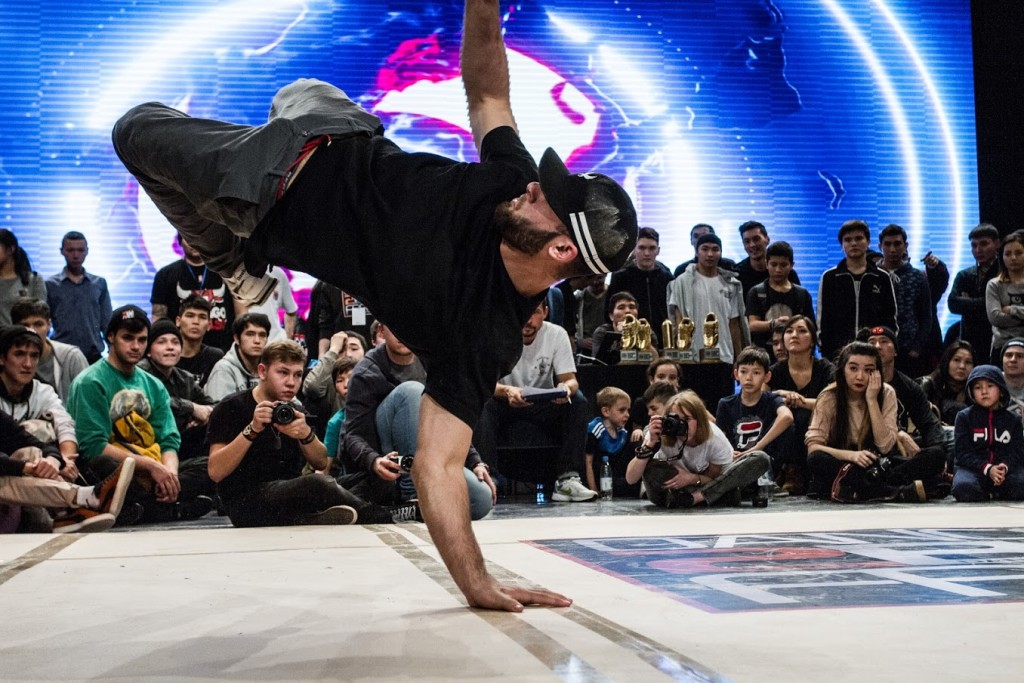 The dance festival “Dance to Be Free” was true to its title and appealed to contestants as young as five and adult dancers with long-standing careers. The eldest of the participants was a 63-year-old dancer by the stage name Sansyzbai aga.

The international street dance championship was held with the joint efforts of Kazakhstan’s 23 Hip-Hop Federation and the United States Embassy in Astana to mark the 25th anniversary of Kazakhstan-U.S. diplomatic relations. 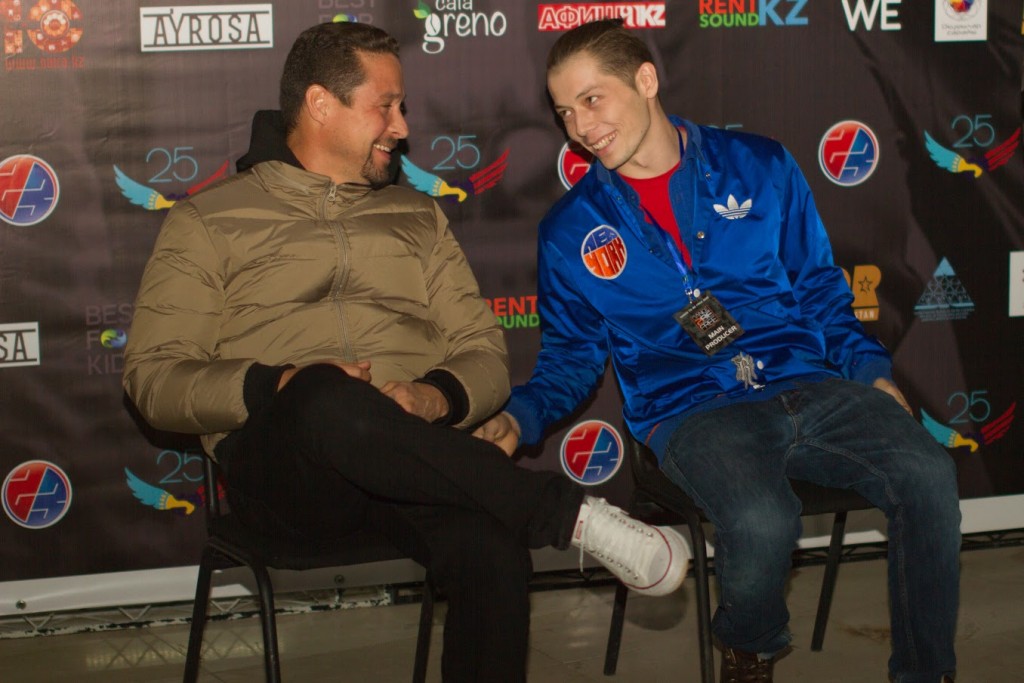 B-boy Poe One (L) and Anarbekov (R) judge the competitions

The three-day long festival presented a rigorous programme, including a number of master classes from famous break-dancers and hip-hop artists, dance competitions in a variety of categories and for different age groups and demonstration performances from some of the world’s biggest hip-hop dance stars.

“Kazakhstan’s hip-hop culture saw a boom six-seven years ago, but started slowing down in the past two years. So we wanted to bring the motivation back to many of the dancers and spice things up within the street dance community. Such championships push the young dancers to set goals, train harder, and to be excited about their craft. Giving new incentives to the local dancers was the main idea behind the festival. Such championships are also a great opportunity for networking, exchanging knowledge and experiences, and building new friendships,” Adlet Anarbekov, popular Kazakh break-dancer and founder of 23 Hip-Hop Federation, told The Astana Times. 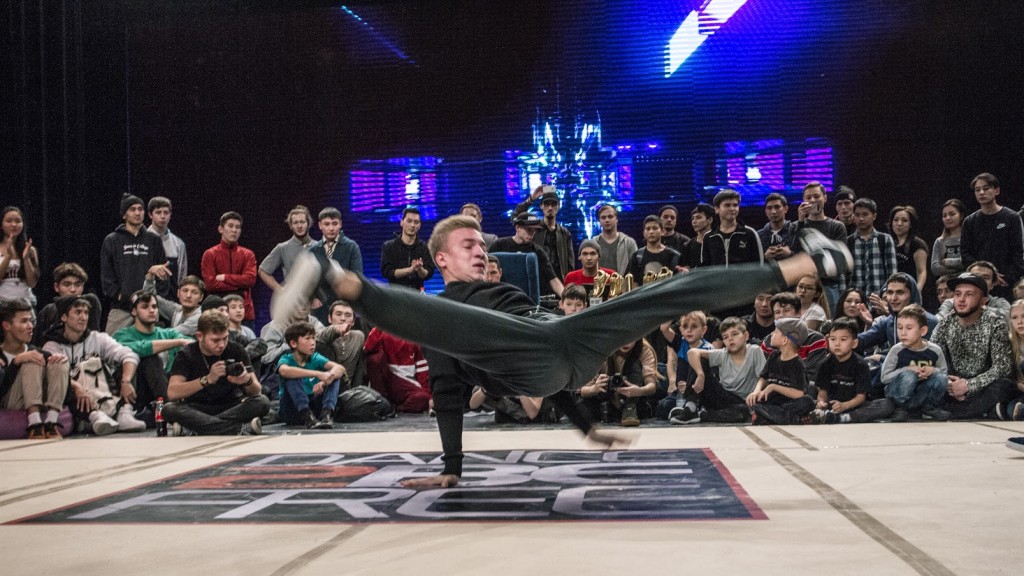 The biggest guest of the festival was the legendary B-boy Poe One, a member of the Style Elements crew, arguably one of the most influential break-dance groups of all time. He is considered one of the five dancers who have had the most significant impact on the break-dance culture on the U.S. west coast.

B-boy Poe One met with young dancers, gave master classes and acted as the main judge of all the dance battles during the championship. The battles were conducted in five nominations – kids’ crew, kids’ solo, professional crew, b-boy solo and power move.

“All the battles were dynamic and emotional.  Performances were often personal. That was fascinating.  Judgement was unbiased since the judge was very experienced. He saw the dancers for the first time and had no predisposition towards any of them,” one of the participants, Dias Altynbekov, commented.

“We’ve also had newcomers and great surprises. For instance, Kazakhstan’s former break-dance champion, Simple Systems crew was defeated by the newcomers from Uralsk,” he added.

The Dinamic Crew from Taraz won the junior crew title, Atomik from Almaty won the kids’ solo nomination, Hot the Sonic from Atyrau became the winners in the professional crew category and Fast Man from Uralsk was titled the best solo performer. B-boy Neutron from Almaty won a Golden Shoe for the best power move.