By Aigerim Seisembayeva in Nation on 9 January 2017

ASTANA – Bad weather and the closure of major highways during the peak New Year’s holiday caused a surge in rail travel. 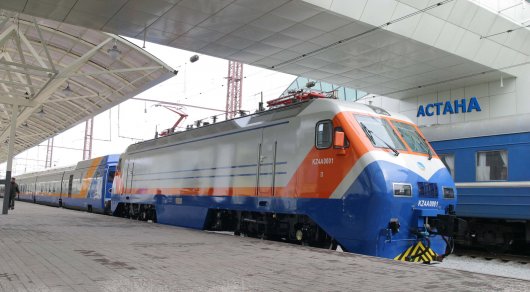 Among the holiday rail travelers were Arailym Askarbekova, her husband and two-year-old son who were traveling from Kostanai to Taraz to visit relatives. However, Askarbekova went into labour as the train pulled into the Astana station. The train’s conductor and staff immediately called for assistance. Medical personnel arrived and Askarbekova successfully gave birth en route to a local perinatal centre.

The train consists of 40 refrigerator containers with perishable products. Elite wine producers from France were the first customers. The train left the city of Herne Dec. 27 and arrived at the Iletsk station in Uralsk, Kazakhstan, Jan. 5.

This cargo route normally requires 45 days by sea. The use of rail is expected to cut that travel time and boost the volume of transportation of goods requiring special temperature conditions. This is expected to increase transit traffic from China to Europe through Kazakhstan.

KTZ Express operates its own fleet of specialised containers with a climate regime ranging from –25°C to +25°C. The fleet comprises 430 units and offers all-season services of delivery of cargos requiring special temperature conditions around the world.