Appreciation for Every Crumb: A Famine Legacy

By Dmitry Lee in National Overview on 9 January 2017

ASTANA – Kazakh culture has been shaped by events cruel and kind over the centuries. One of the saddest and most influential in recent history was the great famine of 1931–1933 caused by Stalin’s policies of collectivisation. According to some estimates, about 40 percent of the ethnic Kazakh population of that time lost their lives during those years: more or less 1 million people. 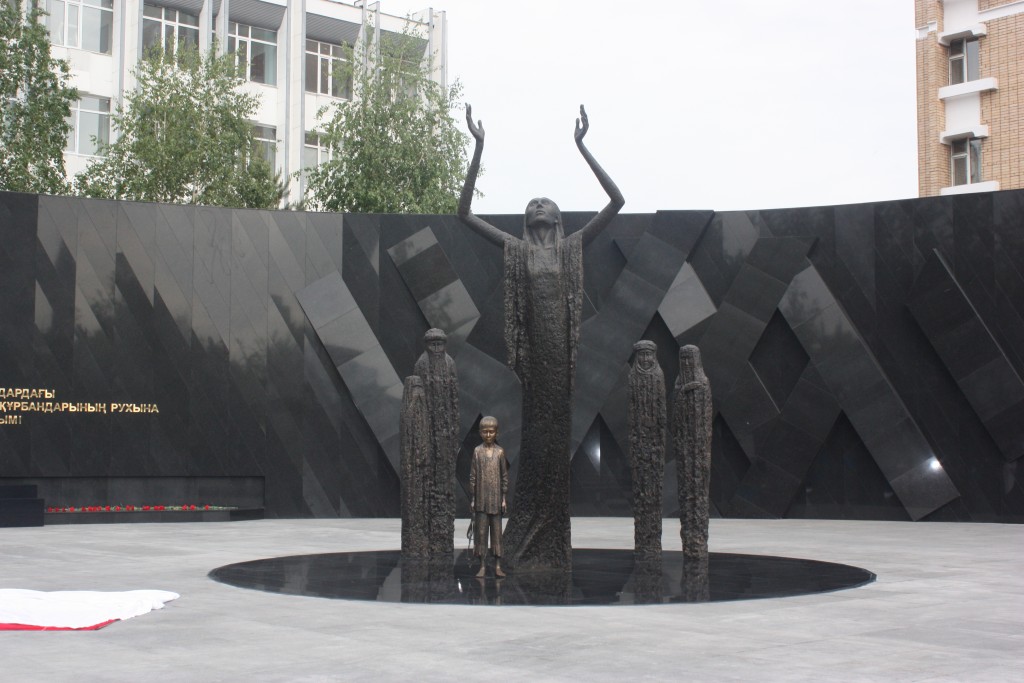 Monument in Astana honouring victims of the great famine

“My great grandmother, Kamilya Serikova, had 13 children during the years of famine and only two survived,” Almarat Serikov, 33, told the Astana Times. Serikov is an engineer from Ust-Kamenogorsk whose great-grandparents felt the pangs of famine first-hand.

Serikov’s great-grandparents lived in the village of Algabas, in the Almaty region, and they often told their children about the hard times of that period.

“When children fall ill these days, sometimes with the efforts of the whole world, people manage to cure them – by fundraising, saving money and other means,” Serikov said. “To me it’s a great misfortune, it’s the scariest thing ever, when children get sick. Every parent wants to save their child. I always think of my great grandmother – a woman with feelings, a mother, who lost 11 children – they were not sick with incurable diseases, her children were just dying of hunger during the years of famine in 1930–32. Every time I think about it, it breaks my heart. Some of them did die from diseases but that’s because at that time the level of medicine was low. Perhaps if we think about those days with our modern views, some children probably just died from unsanitary living conditions.”

As if that wasn’t bad enough, with the famine still in recent memory, Serikov’s great-grandfather was forced to the front lines during the Second World War, leaving his children with only their mother.

“Her husband, my great-grandfather, later went to war when he was over 50 years old. He was forced to or framed to – we don’t know now for sure – but he had to leave the two children with his wife in wartime. Some relatives claimed that one of the neighbours, who didn’t want to go to war, paid off the officials and perhaps their child was passed over and my great-grandfather was sent instead.”

“My great-grandmother was not educated and was living way below the poverty line. Our relatives claim that passing through a construction site from work in school (where she had worked as a cleaning staff) she brought home one brick a day. They say that’s how she had enough supplies to build a small house. This is just what people back then had to go and live through.” 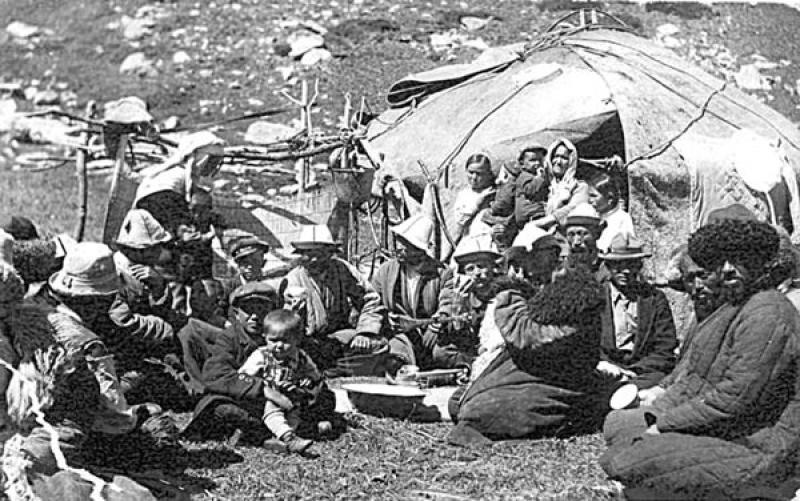 Serikova’s older son only studied through four grades. Her younger son did finish school but couldn’t even go to school until he was eight or nine years old because he didn’t have shoes.

“At some point they had one pair of shoes for both,” Serikov recollects from his childhood memories. “One of them – the younger is my grandfather – he used to tell me that he went to school until the winter came, then he just ran across the steppe with bare feet. He saw cows sitting on the ground. He would run up to a cow, kick it, and when the animal moved he sat in the warm place, warmed his feet up and continued to the next cow. During really cold weather he had to skip school. For two years he couldn’t attend school at all.”

Serikov refused to sift through history’s darkest pages in search of blame or justice, focusing instead on his great-grandparents’ legacy.

“Back then people were so desperate and there were so many heart-breaking stories. Many children were found in the streets because their parents couldn’t feed them.”

Having overcome challenges that now seem unimaginable, the Serikovs today honour their family’s legacy by doing well for their own families.

“Eventually, my grandfather became a director at a power supply company and was managing over 2,000 people,” Serikov said proudly. “His older brother, who didn’t finish school, worked as a boiler fireman all his life.”

The years of the famine have imprinted survival traditions on Serikov’s family, he said.

“After going through such an ordeal, people of those years and many generations following were brought up to not waste food, of course,” Serikov said. “They still see food differently: even being a director and having it in abundance, my grandfather never threw out food. Food, saving and managing resources to the fullest capacity were paramount priorities in his life. I believe our generation should also remember this legacy because this world has a lot of surprises in store, especially natural disasters and things like that. We must be prepared for anything, and appreciate every crumb. If your loaf of bread is going bad, why not make croutons or dry toast?”