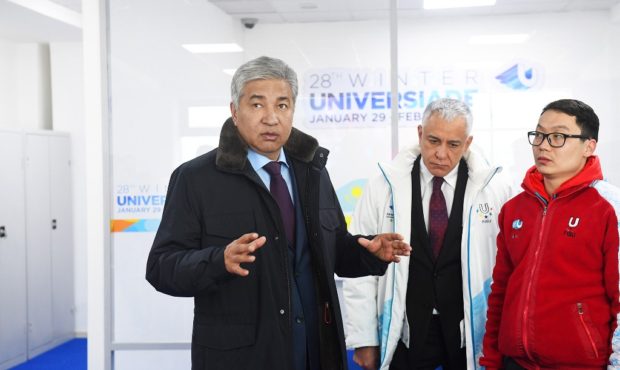 Tasmagambetov said additional measures needed to be taken to get the venues, services, hotels, restaurants, transportation and communications, as well as other city infrastructure ready for the games, almaty2017.com reported. Transport service and traffic safety questions are the highest priority.

“We gained a certain experience in transport logistics while preparing the (Organisation for Security and Cooperation in Europe) OSCE summit in Astana and the Asian Winter Games. However, in the meantime, other issues, such as increased traffic load during the torch relay ceremony will appear. In this regard, additional measures that will help to unblock the streets and avoid inconvenience for the residents of the country need to be taken,” said Tasmagambetov.

“Additionally, I want to dwell on the importance of the preparation of our athletes, as well as the holding of a ground-breaking ceremony. These large world sports events are of great significance and should ensure efficient promotion of the sport and a healthy lifestyle,” he added.

“A few days ago we tested preparation process of the Athletes’ Village. Thus, we inspected the organisation of transportation, entrance rules, accreditation procedure, food and other services. We are taking special measures aimed to improve services at the Athletes’ Village and the city itself. Generally, the Winter Universiade 2017 has already given a strong impetus towards development of the city and improvement of the services. Of course, we still have some pending questions, including suggestions given today. We assume that it will be solved in 25 days left to the event,” Baibek reported.

Head of the Directorate Nail Nurov also noted that the torch relay ceremony is going to be different from previous ceremonies.

“This time, every region will light their own torch and all 16 torches will be gathered together in Almaty at the opening ceremony. All regions are equipped with the required materials. The preparation is proceeding well,” Nurov noted.