ASTANA – A pilot project on utilising old cars or those unfit for use was successfully realised in several of the country’s regions. Aktobe residents gave away 448 cars, receiving 150,000 tenge (about US$451.90) for each vehicle. 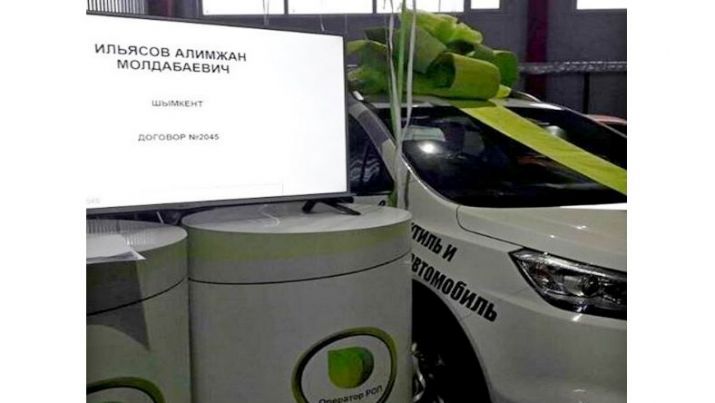 “A person who has an old or perhaps unusable vehicle should come to a registration and examination subdivision of the administrative police department and present documents. Based on these documents, we issue a fact sheet that says a vehicle was written off. The owner then gathers the necessary documents and hands them over to a special institution for utilisation,” said Yerlan Altynbayev, administrative police department head of the Aktobe region’s Department of Internal Affairs.

A total of 190,000 cars were registered in the region, 20 percent of which had long served their time. A programme on utilising old cars helps to free cities from vehicles that cause significant ecological harm.

The first car in the programme was received in Astana in November. Car reception points began operation Nov. 21 in all regions of the country.

Car collection point manager Eduard Miroshnichenko has always dreamt of collecting old cars. He was amazed when a legendary 21st model green Volga, probably one of the first collections from the end of the 1950s-beginning of the 1960s, was brought for utilisation.

“A symbol of a bygone era is very rare and people who buy cars for restoration and are engaged with rare objects, for instance, would see the true value of this car, I think. I agree that such a car requires great investment, but you know that when you do it, it will be something to write home about,” he said.

Amazingly, the so-called “symbol of a bygone era” travelled the roads just eight or nine years ago, as it displayed a sticker for passing a technical check-up.