2017 Winter Universiade Kicks Off in Almaty

ASTANA – Delegations from 57 countries participated in the Jan. 29 opening ceremony of the World Winter Universiade 2017 at the Almaty Arena ice palace. Kazakh President Nursultan Nazarbayev addressed the opening, saying Kazakhstan would hold the most cost efficient games and discussed the benefits of the event for the Kazakh people. 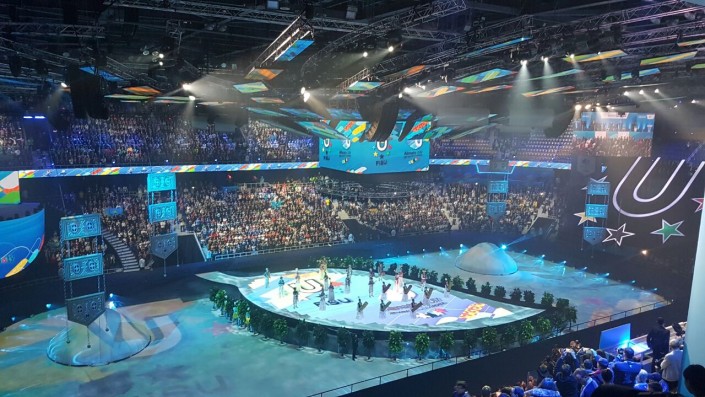 “Almaty has already created records. For the first time in the history of the Winter Universiade, an athletic village was built. At the same time, we will hold the most cost efficient and compact games. The investments in the project will benefit the people of Kazakhstan. The Universiade will be shown on 43 channels in 80 countries, its audience will be more than 1 billion viewers. We see that the Universiade has spread its wings and is ready for an historic start,” President Nazarbayev said. 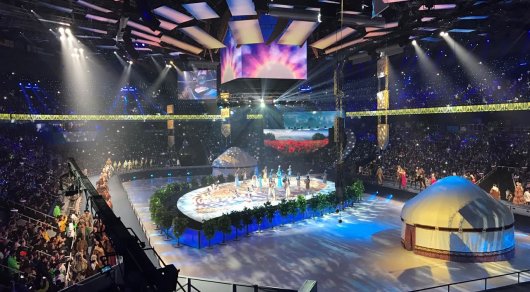 The central scene of the ice palace, which can accommodate more than 12,000 spectators, looked like a giant and gorgeous petal, the symbol of life, wisdom and love. The opening ceremony lasted two hours and 40 minutes and included a traditional parade with the participation of national teams, consisting of delegations from 57 countries, from China and Japan to Austria and Latvia, the United States and Canada. 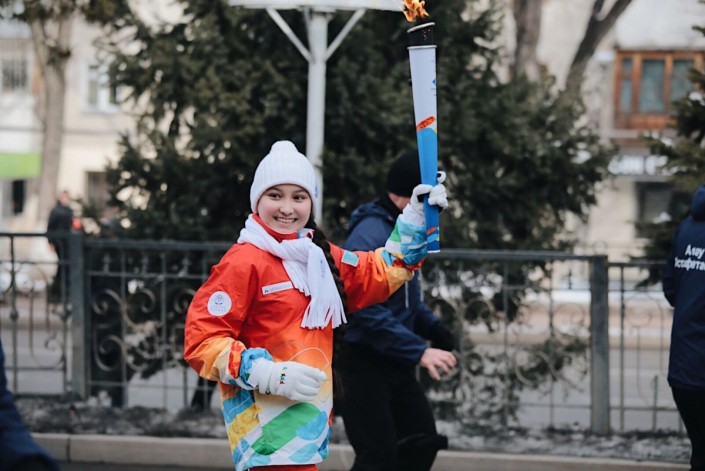 President Nazarbayev said Almaty was chosen to host the games partly because the city has a millennial history, calling it the cradle of Kazakhstan’s independence.

“Almaty is a vibrant and modern city, the business centre and the driver of Kazakhstan’s economy. It is a city of young people, city of students, where one-third of [the country’s] universities and colleges are situated and where 137,000 students study,” he said.

“Legendary and beloved Medeo ice rink will find its former glory, getting the atmosphere of a grand fight. Shymbulak will shine in the crown of the Zailiyskiy Alatau and the Universiade will become the symbol of a healthy lifestyle. Its effect can be compared with the state programmes to strengthen the health of our nation,” the Kazakh President added.

He highlighted that the Almaty Arena will become a centre of attraction for sports and the athletic village will become a new micro district, where 1,700 families will live under social programmes once the games are over.

On Jan. 25, the torchlight procession passed Astana. The fire travelled across the regions of the country and arrived in Almaty on Jan. 29. The Universiade will last until Feb. 8.