By Kseniya Voronina in Business on 10 December 2016

ASTANA – The presentation of existing facilities and launch of the largest projects as part of the Industrialisation Map programme were held during a Dec. 6 teleconference with the participation of President Nursultan Nazarbayev. 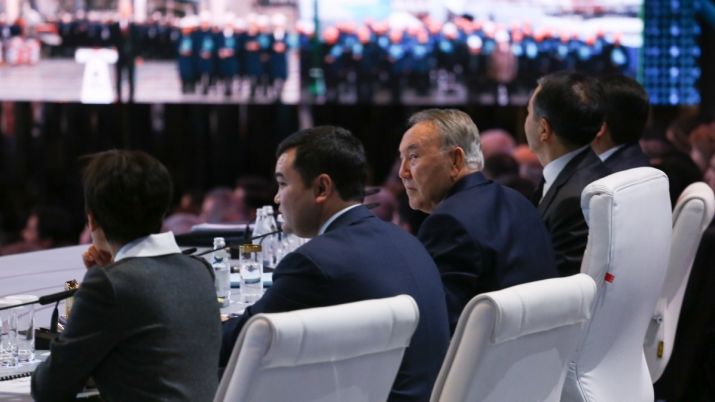 Twenty-three industrial projects have been launched, including modernised blast furnace number 4 at the ArcelorMittal Temirtau, the second route on the Almaty-Shu road and the ferry terminal at the Kazakhstan Temir Zholy’s Kuryk port on the Caspian Sea.

The head of state said industrial development is the most important task for the country’s economy.

“I encourage all our people to support our light industry and purchase domestic goods. Our products should have a competitive advantage and footwear should not be inferior in quality to that of Italy and France,” said Nazarbayev at the unveiling of Kazlegprom-Almaty, which produces designer shoes.

More than 1,000 projects worth 4.6 trillion tenge (US$13.5 billion) were introduced during the industrialisation years.

“All of these projects are very important for us. Karaganda Metallurgical Plant is the first ferrous metallurgy plant in our country and one of the best enterprises in the former Soviet Union. Six million tonnes of steel per year are scheduled to be produced there after overhaul of the fourth blast furnace,” said the President.

“The transport objects are also important as part of the Nurly Zhol programme,” he added. “The second route on the Almaty-Shu road increases the train passage two times. Previously, there were no funds; now it is finally launched. The Kuryk port is a long-awaited project in terms of construction and industrialisation which will give us access to the Caucasus and Europe.”

The project to reconstruct and modernise the Atyrau Oil Refinery has also been started.

“The Atyrau refinery is an important company for the country. Oil and gas processing is our main purpose due to the current energy prices. Recycling the existing materials at the local plant is the major step of the country’s industrialisation. Then, we will develop the petrochemical industry in the Atyrau region,” said Nazarbayev.