The Personality of President Nazarbayev

Building a nation takes patience, perseverance and personality. Many Kazakhs at all levels of society have made their contributions to the first two ingredients of their country’s nationhood. 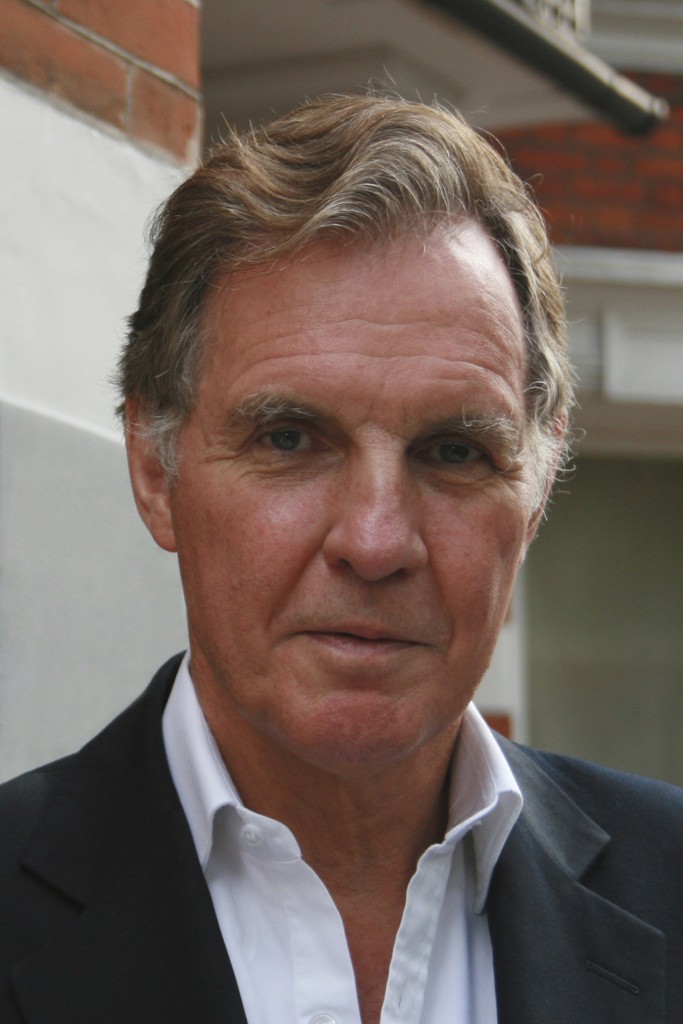 The third ingredient, the personality of the leader who has created and led the independent state of Kazakhstan for the past 25 years, deserves to be equally portrayed. For behind the achievements of the country lies an epic story of personal will and human drama. So the character of Nursultan Nazarbayev, First President of Kazakhstan should also be painted on a big canvas.

“Papa” as his fellow Kazakhs often call him, is a complex figure with many sides to his make-up. As his first Western Biographer I have made one attempt in my international bestseller, Nazarbayev and the Making of Kazakhstan, to capture the essence of the man alongside the record of his footprint on the sands of history. But since eight years have elapsed since I wrote this book there is now much more material with which an artist in words can attempt to paint the President’s personality.

A preliminary sketch for such a portrait might start with an outline created by broad brush strokes using colourful adjectives such as: Patriotic; Industrious; Ambitious; Visionary; Courageous; Charismatic; Cultured; Tough; Tender and Statesmanlike.

The foundation stone of Nazarbayev’s character is hewn from his inborn patriotism. He is a true Kazakh, shaped by the soil, the scenery and the songs of his ancestral heritage. Born 76 years ago to nomad parents on the wilderness hillside of Ushkonyr, Nursultan the child dreamed family inspired dreams of idealistic Kazakh nationalism two generations before the break-up of the Soviet Union. This patriotism, suppressed by Soviet authorities for most of the 20th century, was the driving force of Nazarbayev, the schoolboy, the student and the steelworker. It is still the motivating spirit that inspires the First President today.

The young Nazarbayev was, from his earliest years an astonishingly hard worker. School teachers, class mates and relatives all testify to the long hours he spent at his books, often reading voraciously beyond the requirements of the syllabus. This aptitude for sustained industry has remained with him. As President, he outworks his staff and his Cabinet. “Papa” stays ahead of the game by burning the midnight oil on state papers and the despatch of government business.

The work ethic, the patriotism and the ambition are closely interconnected. Nazarbayev always liked to run things. As a novice steelworker he enjoyed organising wedding parties for his fellow blast furnacemen as he enjoyed climbing the administrative ladder of the young communist league Komsomol. But he was never much of an imbiber of Marxism and other ideological theories. “I was an ambitious young man and party membership was the route to all advancement,” Nazarbayev recalled, “If I had thought that it would be helped by my ambition in those days to be a Buddhist I would have become a Buddhist. But as it was I became a member of the Communist Party – and a good one.”

For all his youthful ambition, Nazarbayev did not aspire just to be somebody in the Communist hierarchy. He wanted to do something. Because he was such an energetic achiever as regional Party Secretary for Industry, he was promoted at the age of 44 to be Prime Minister of Kazakhstan – the youngest Prime Minister of any republic in the Soviet Union. But he soon became frustrated by the Moscow bureaucracy. In his late forties he was not-so-secretly dreaming of a self-governing Kazakhstan. By the time he was 51 his vision came true. The Soviet Union disintegrated and in 1991 Nazarbayev was the only possible choice to be the First President of the newborn, newly independent nation.

As he took the reins of power, Nazarbayev discovered that his vision would require extraordinary reserves of personal courage and strategic wisdom to prevent the fledgling country from falling apart. Its coffers were empty. Inflation was rampant. Most international observers gave Kazakhstan only the slimmest of chances for survival. It had no agreed borders with its overpowering neighbours China and Russia. Both seemed predatory, Moscow aggressively so. Western capitals were suspicious, to put it mildly, of Nazarbayev’s capacity to handle his “loose nukes” – meaning the 1,200 plus nuclear warheads that the Red Army had left stationed on Kazakhstan soil.

To initial amazement, eventually followed by international admiration, Nazarbayev gradually managed to defuse all the explosive crises that threatened him and his country.

Introducing a new currency, a new constitution, and a new economic plan, the President persuaded his countrymen to accept an era of severe hardship as a precursor of stability.

This took courage. During the nightmare year of 1993 when inflation soared to 2,600 per cent, pensions went unpaid and strikes swept through the workforce, Nazarbayev went boldly out to face his disgruntled people. In towns and villages all around the country he held meetings with demonstrators.

In the Karaganda coalfield he went underground down the mine shaft to explain in dialogues lasting six or eight hours why the miners could not be paid their wages on time. Such face to face encounters, accompanied by a media campaign, brought calm and the vital time in which the economy began to recover. The charisma with which Nazarbayev communicated his message came from a natural rapport with workers, a lively sense of humour, and a passionate patriotism which bound the President and the people together.

On the international scene, Nazarbayev demonstrated considerable diplomatic skills. He solved the border disputes with Russian and China. He negotiated a generous share for Kazakhstan of the lucrative Caspian oil revenues. He charmed both the Russian President Boris Yeltsin and Jiang Zeming, Chairman of PRC, into warm personal relationships.

Finally, he took the brave strategic decision, despite some domestic opposition, to disarm Kazakhstan of all its nuclear weapons.

These momentous achievements were made because Nazarbayev possessed leadership qualities which can only be attributed to his personal character. Although there is a core of steel in his decision making process, he is above all a subtle negotiator who avoids confrontation and searches for compromises. His character reflects the nuances of his geopolitical region. “Never forget that Nazarbayev is a man of two cultures,” said Mikhail Gorbachev. “He is both Russian and Asian in his roots and outlook.”

The cultural and creative sides of President Nazarbayev are important dimensions to his personality. He is remarkably well read in Russian literature, a legacy from good schoolteachers in the old Soviet education system. He loves music, is no mean player of the dombra and has expanded orchestras, opera houses, and concert halls across the country.

Somewhere inside Nazarbayev the politician, there is an artist struggling to emerge. This creative dimension in his character has been most clearly manifested in his creation of Astana, the nation’s capital.

“Nursultan Nazarbayev has given this city not only his work but also his soul… truly it may be said ‘Astana is his child’,” said Dmitry Medvedev, Prime Minister of Russia. This elegant compliment is well justified. For in his hands-on style Nazarbayev not only invented Astana as the country’s new capital city, he was also its town planner, designer, and decision maker.

Of course, there were international experts on hand to do the President’s bidding. But as they and most other Astana watchers would concede, the driving force of inspiration behind all the important concepts, colour schemes, and architectural extravaganzas of the capital was Nazarbayev himself.

Astana is a city of dramatic diversity and creative excitement. Its soaring range of colourful skyscrapers and exotic public buildings have their fans and their critics, but all must agree that the achievement of creating a spectacular new capital on the former wilderness of the steppes leaves an historic footprint by President Nazarbayev on the sands of time.

The political subtleties and creative complexities of Nazarbayev contrast with many of the Western media portrayals of him which are too often superficial and simplistic. Lazy journalistic clichés such as “autocrat” and “strongman” do not capture the whole truth.

The reality is more interesting. Nazarbayev is a leader who blends toughness and tenderness. He can be ruthless in marginalising opponents who cross him or cheat him. Sometimes he moves ministers in and out of their positions as if they were pawns on a private chessboard.

But contrary to his autocratic image in the west, he listens and responds to criticism. There is more freedom of speech in Kazakhstan than the international human rights lobby likes to admit. The same goes for religious freedom. As a result of his hard won chairmanship of the OSCE, Nazarbayev accepted many humanitarian improvements suggested by Western experts. For example in the field of justice reform, Nazarbayev has made impressive strides in reducing the prison population, introducing a probation system, banning torture, reducing the powers and scope of the former KGB, and guiding the courts, the judiciary and the penal code towards EU standards of practice.

His more tender dimensions show up in his care for the old and his encouragement of the young. Having known family adversity in his youth the President gives considerable priority to providing adequate healthcare and pensions for the elderly.

As for the rising generation, Nazarbayev knows he is leading a young country in which just over 40 percent of his population are under the age of 24. So he is now committed to expanding good schools, universities, and high-tech employment opportunities. He is rightly proud of his 21-year-old Bolashak Programme which since 1995 has sent 3,000 talented young Kazakhs every year on scholarships to world renowned universities such as Oxford, Cambridge, Harvard, MIT, the Sorbonne, Moscow State University, Beijing University and a wide spectrum of other international colleges.

Inevitably there are problems as well as successes. The global collapses of oil and commodity prices have hit Kazakhstan’s economy hard. But, as his past record demonstrates, President Nazarbayev is a pilot who knows how to steer the ship of state through storms. He is a helmsman for all weathers.

Nazarbayev’s statesmanship is defined by his personality. Having lived through the darkest moments of old oppressed Kazakhstan in his youth, he has the experience and wisdom to guide new Kazakhstan towards a bright future. Already the modern country is far and away the most successful independent state to emerge from the former family of Soviet Republics. And in keeping with the visionary element in his character he has drawn up a long term plan for the nation’s future titled “Strategy Kazakhstan 2050”.

As President Nazarbayev charts Kazakhstan’s course for the next generation, it is a combination of his patriotism, pragmatism and optimism that will build his country’s strong foundations for the coming future.

The author is a former British Conservative Member of Parliament and a former British government cabinet minister. He is the author of Nazarbayev and the Making of Kazakhstan: from Communism to Capitalism, published in 2009 by Bloomsbury Academic.