By Kamila Zhumabayeva in Nation on 5 December 2016

ASTANA – Talgat Bartayev’s childhood dream has come to life, as the Taldykorgan cab driver entertains passengers with his karaoke taxi.

“I had this idea since I was a child and because I love technology and hardware. While working in a taxi, I decided to make something unusual,” he told BNews.kz. 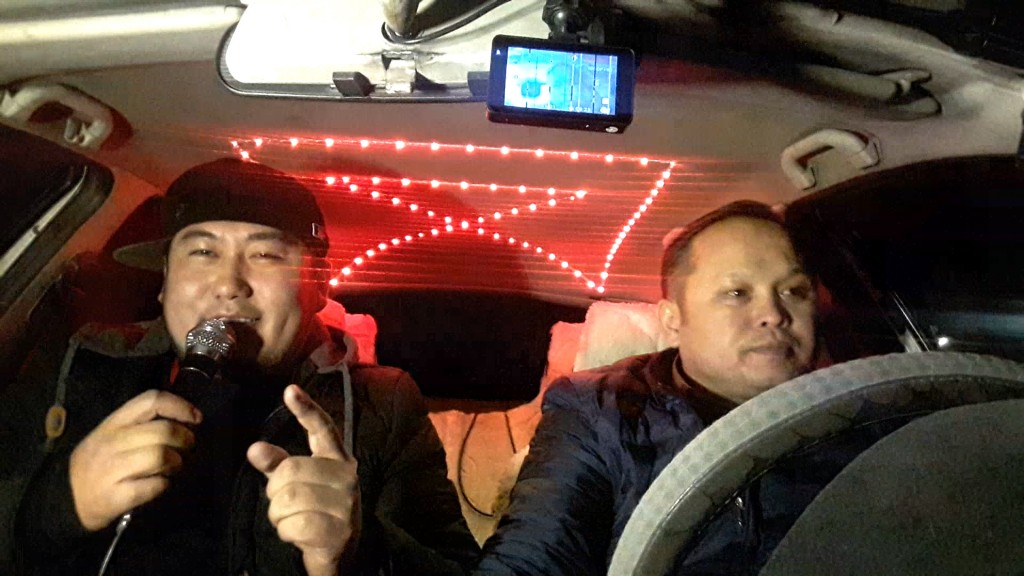 The cab is first case of a Kazakh taxi driver creating karaoke on wheels just for his own pleasure and people’s good mood. Bartayev’s friend helped him set up the equipment in the car and there is no additional charge for the entertainment.

“People began learning about the karaoke taxi and started stopping it for a drive,” he said.

Passengers have supported his initiative quite well, even asking if more such cabs are available in the city, he added. The driver noted his taxi is the only one in Taldykorgan so equipped, said the news agency.

Bartayev noted the karaoke does not interfere with his driving, as he has 24-years’ experience and has been working as a cabbie for seven years.

The driver has regular customers with orders ranging from popular songs to chanson and even rap. In some instances, he congratulates his passengers on birthdays and other celebrations.

“I select the language that I can best congratulate a passenger with and find music and lyrics on the Internet. I sing, too, but only when we stop… The passenger’s safety is most important. People like it; many think it is a TV show. I say it is just a karaoke taxi,” he said, according to Tengrinews.kz.

The taxi gained additional fame as a television show on NTK channel and was popular not only among residents but also audiences who liked to watch it.

BNews.kz photo correspondent Ruslan Kanabekov had the opportunity to ride in the cab and shared his impressions with the news agency.

“I saw such a taxi for the first time. I previously knew about the ‘Karaoke-taxi’ programme show; turns out it exists for real. One can relax, sing and reach the destination in a good mood,” he said.

“I do not charge for karaoke. Customers are happy and I am happy, too, as I want to do something pleasant for people first. Sincere emotions are a far greater reward for me than money. I have regular customers now who order and just go for a drive around the city, have fun and sing,” said Bartayev.

People sing on their way to work or home, or to a celebration, or simply to relax and cheer up, and Taldykorgan residents no longer need to visit special venues. The driver works from early morning until late evening and sometimes at night and those who want to try can sing on the road any time of the day.

Girls sing most often and guys do too at times, said Bartayev. Many passengers are surprised and interested in the taxi even if some refuse to sing.