By Kamila Zhumabayeva in Nation on 1 December 2016

ASTANA – Groups of swans stuck in frozen lakes in the Almaty Region and Kyzylorda city were recently rescued by governmental rescue services and local residents. 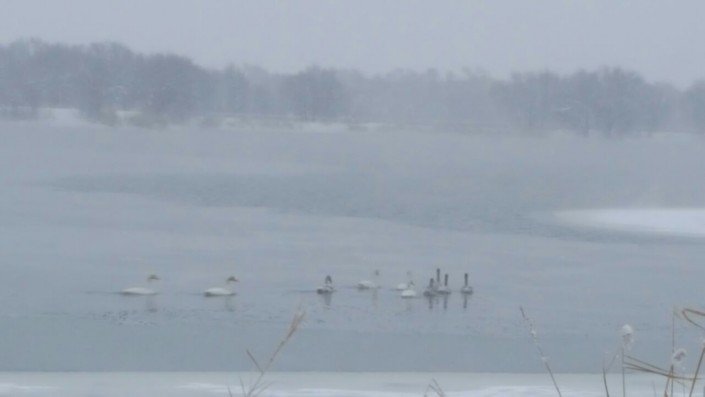 Lakes at the Karasai area of the Almaty region. Photo credit: Tengrinews.kz

Kyzylorda resident Zhasulan Serikov posted a video on Facebook that showed a group of swans near Kyzylorda’s Arai Water Park.

“As soon as we received a signal, we contacted Kyzylorda’s regional forestry and wildlife inspection,” Galymzhan Shermakhanov, head of the Duty and Dispatching Department of South Regional Rescue Squad of Committee for Emergency Situations of Kazakhstan’s Internal Affairs Ministry, told Tengrinews.kz.

“Together, we arrived on the scene. Our divers tried to entice and catch the birds. But they began flying one place to another. Therefore, the decision was made to leave the divers for forestry, so that the birds did not become weak. Early morning we tried to catch the birds again. They began escaping along the ice towards the city and passers by who happen to be at the rescue site helped us catch them,” he said, the news agency reported.

According to Shermakhanov, the swans were transferred to a local forestry establishment. Experts said the birds were unable to fly away due to excess weight and were lying on ice to grow thin. Veterinarians are now supervising the swans. They will later decide either to free the birds or hand them over to a zoo in neighbouring Shymkent.

In the meantime, people tried to rescue another group of swans stuck at a frozen lake in the Almaty region. Earlier, an Almaty resident told about the birds in her post on her Instagram page of Club Dobryakov Almaty (Almaty’s Club of “Kind Souls”), Tengrinews.kz writes. 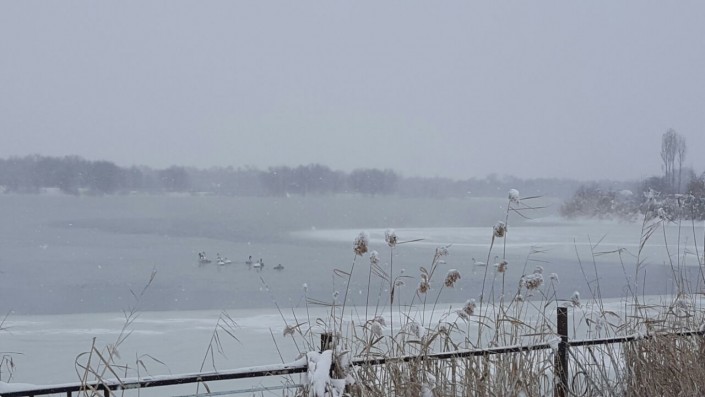 According to the resident, for several days the swans stayed at the lake near Merei Township in the Almaty region. The birds, however, did not hurry to fly away with cold weather settling.

“This is the Karasai area, a very small Merei town, about 30 kilometres away from the city. Our dacha is there and we come there on weekends. We noticed them [the swans] this past weekend. The weather was warm enough we thought they would fly away, while the lake will freeze now, but the birds are still there. They were not flying away for some reason. The water is getting frozen,” the resident said, according to the news report.

A dacha is a seasonal or year-round second home in the exurbs of Russian and other post-Soviet cities.

She sought the help of the city and regional emergencies service and a zoo.

“We were told at a zoo that there isn’t any technical support to help. At an emergency and fire service in the Karasai area we were told [helping to rescue] is not within their competence,” she noted.

People of the town volunteered to help the swans after the resident’s post was published. However, later one of the volunteers Angelina Kotenko informed that the birds rose and flew away after all.