By Kamila Zhumabayeva in Culture on 13 December 2016 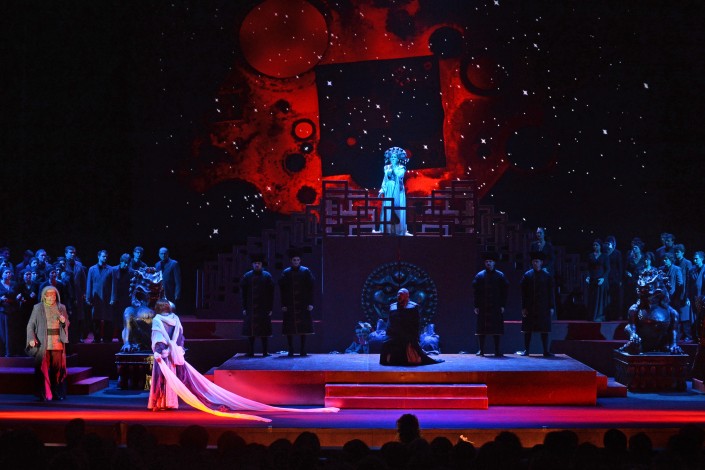 “This is Puccini’s last opera and, of course, I wanted to combine it with something interesting in terms of visuals and Kandinsky came into sight. According to our format, opera surely ends with complete love of Prince Calaf and hard-hearted princess Turandot, and love wins, love wins in life too,” Director of the “Turandot” opera Viacheslav Starodubtsev said, according to 24.kz.

According to the plot, Turandot puts all candidates for grooms to the test by proposing three riddles to them on a condition where the winner who guessed right gets Turandot as his wife; meanwhile those whose answers were wrong are put to death.

“One more peculiarity lies in the fact that we made it with Kazakhstan’s production team and great designers Sofya Tasmagambetova and Pavel Dragunov. This was our first collaboration that I hope will grow into more big projects as part of cooperation with Astana Opera,” he said, according to Tengrinews.kz.

The format of the opera was not ordinary for the Kazakh audience. It was performed in “opera quest” format with a lecture before the play, performance and backstage tour afterwards. The unusual delivery was accompanied by all action of fairy tale drama unfolding amidst abstract paintings of Wassily Kandinsky.

“Growing new audiences is very important to us. To do that, a new form of relation with a viewer is invented,” Kekhman added.

Decorations and costumes were made in production facilities of Novosibirsk’s theatre. More than 200 people came to Astana. All artists have been working at the theatre for many years. 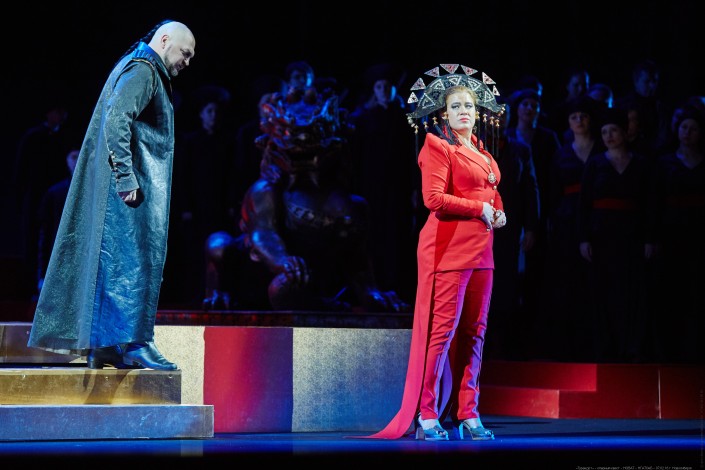 “Artists work a lot. The trust that has emerged between us over the one and half years that I have been leading this theatre allows me to implement big projects,” he noted.

The director explains that the theatre sometimes deals with a shortage of certain artists. But Kekhman is an artistic director of Mikhailovsky Theatre and if they are short on artists, they make an exchange among theatres.

“We are very hopeful that we will begin working with Astana Opera closely. We want the Kazakh viewer to visit us in Novosibirsk and Novosibirsk spectators to visit here in Astana,” he said.