By Aiman Turebekova in Nation on 10 December 2016

ASTANA – Public safety has steadily improved since independence, Prosecutor General Zhakip Asanov told a Dec. 9 roundtable of the Commission on Human Rights under the President of Kazakhstan. 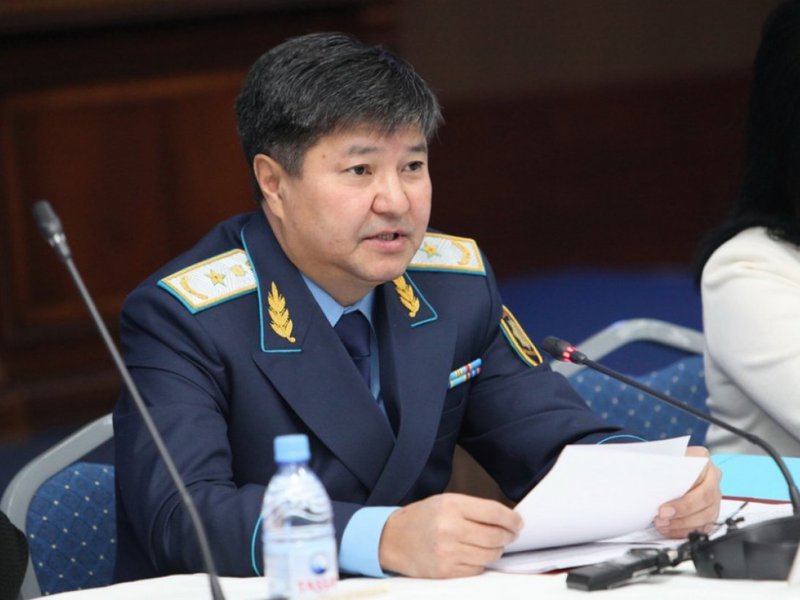 Murders have decreased three and a half times, violent crime three times and robberies five times since independence, he said. The nation’s prison population has also dropped from 105,000 in 1991 to 36,000 today and the country has closed eight prisons. The changes have improved the country’s position on the world prison ranking by 59 places to 62nd.

Kazakhstan also ranks 75th on the 2016 Global Peace Index, the highest among Commonwealth of Independent States (CIS). The index gauges global peace based on a country’s level of societal safety and security, its extent of domestic and international conflict and degree of militarisation.

The Prosecutor General also said 70 percent of torture cases are investigated and 146 government employees have been prosecuted for torture over the last five years. He also noted Kazakhstan has ratified the UN Convention on torture and introduced punishments of up to 12 years for torture-related crimes.

Asanov said his office will introduce at the Jan. 17 Fourth Prison Forum a 33-step plan, “Towards a society of effective complaints,” to improve the public’s ability to report torture.

Asanov also addressed economic crimes, noting that Article 26 of the Kazakh Constitution guarantees freedom of business and that his office introduced in June a 110-point roadmap to better prosecute economic crime. He said economic crimes dropped by 300 percent in the second half of 2016 compared to the first.

“We are obliged to respond to potential threats in the name of rights, freedoms and interests of our citizens,” he said.

The roundtable at the Kazakh Foreign Ministry was devoted to the 25th anniversary of Kazakhstan’s independence and International Human Rights Day. Including the Prosecutor General, the event was attended by Kazakhstan’s Secretary of State Gulshara Abdykalikova, Chairman of the Commission on Human Rights Kuanysh Sultanov, Permanent Representative of the UN Development Programme in Kazakhstan Norimasa Shimomura, head of the EU Delegation to Kazakhstan Traian Hristea and others.

Abdykalikova said President Nazarbayev attaches great importance to relationships with human rights civil society institutions and that the development of democratic institutions, the media and citizens’ freedoms are the most important conditions for Kazakhstan’s development.

Participants pointed out the importance of the President’s five institutional reforms, as well as international human rights treaties ratified by Kazakhstan to improve human rights protections.