By Kseniya Voronina in Nation on 28 December 2016

ASTANA – More than 10,000 vehicles valued at 61.5 billion tenge (US$185 million) were produced in Kazakhstan during the first 11 months of 2016. The government aims to achieve 50-percent localisation in vehicle production and increase the export of Kazakh cars to 40 percent of total production volume by 2018. 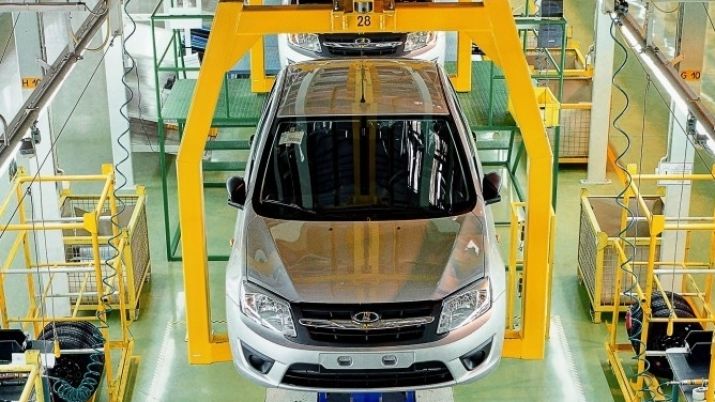 “Technically, Kazakhstan’s car industry is completing the year with negative results, but in the segment of trucks recession has been replaced by growth. The share of cars which were made in the state amounted to one-third of the market. Demand for products made by domestic enterprises is recovering much more actively than the sales of imported cars,” said KazAvtoProm Chairperson Oleg Alferov.

Specifically, 10,125 vehicles were produced in the country during the time period, 22 percent less than 2015. Of the total, 8,157 units were passenger cars, 24.5 percent less than the last year. Truck production grew by 8 percent, reaching 1,431 units. Bus production decreased by 10.8 percent to 174 units, according to the KazAvtoProm report and Kazakhstan Automakers’ Union.

“Such results were achieved due to the state programme of soft loans in the amount of 31 billion tenge (US$93.2 million). Tax revenues from the auto industry exceeded 17 billion tenge (US$51.1 million). Changes in the tariff regime in the beginning of the year contributed to a significant increase of car models produced in the country. Such new model range will become an important factor in the further revitalisation of the industry,” said Alferov.

A sharp decline in market activity was observed in 2016, as authorised dealers sold only 38,800 units compared to 88,400 in 2015, a 56-percent reduction. The preliminary results of the second half of this year, however, show a rapid recovery in the industry. The decline in production slowed from 56 percent in January-June to 22 percent for the 11-month period. The ASIA AVTO plant in Ust-Kamenogorsk achieved good results in July-November, producing 2,369 cars, or 44 percent more than last year.

SaryarkaAvtoProm launched production of JAC cars from China. Approximately 28 million euro (US$29.2 million) was invested for further development, of which 18 million euro (US$18.8 million) was provided by the Chinese investor. The strategic goal of the Kazakh-Chinese partnership is to gain access to the EAEU market. The planned production capacity of the JAC plant is 10,000 units per year. The company plans to export its own products to Russia and expects to deliver the first batch in 2017.

The ASIA AVTO plant launched production of new LADA models, including the Vesta sedan, XRay, Largus and Granta liftback. Assembly of all models corresponds to the quality standards of the Renault-Nissan-AvtoVAZ alliance.