ASTANA – Kazakhstan is developing new approaches to assessing and reporting mineral resources and reserves to ensure transparency, efficiency and new investments in the commodities sector. 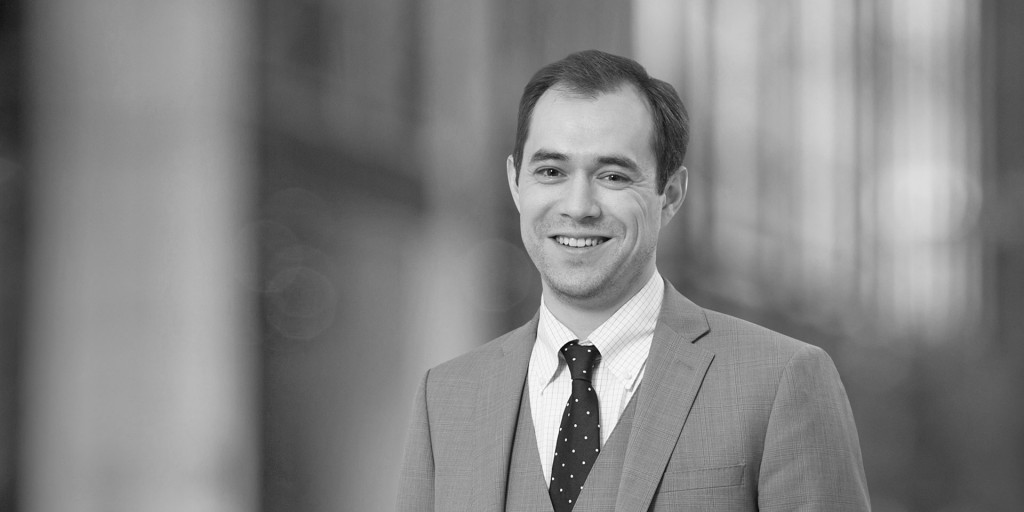 The large-scale reform was initiated in 2013, involving a variety of stakeholders and government agencies in the discussion. The new legislation will create a framework aimed at boosting mineral exploration, establishing effective control over environmental protection and providing incentives for investors.

A team of lawyers from Olympex Advisers and White & Case is helping the Ministry of Investment and Development with the advance work for the reform. The draft code will be submitted to the government for review in July 2017 and Parliament in September 2017.

Timur Odilov, an associate at White & Case, is one of the lawyers involved in developing the code. As the draft approaches completion, Odilov spoke with The Astana Times about the main changes proposed in the minerals sector.

Drafting the new code has been a matter of re-evaluating the current state the industry, said Odilov.

“First, the current Law on Subsoil Use of 2010 is outdated. It does not address the current challenges. It is heavily based on the law of 1996, focusing around development of the mineral deposits that were explored during the Soviet times and the early 1990s. So, the main mission of the law was to ensure procedures for granting mineral titles in regards to the known deposits. However, all of the explored deposits have been developed. There is a need to strengthen exploration. The general tendency globally is that exploration is done by private companies, not the governments. There is a need to build a framework within which private companies can easily invest in exploration works. This entails conceptual reforms,” he said.

He noted the current law is “overly prescriptive.”

“It implies the government’s direct involvement in the process, especially in aspects related to assessment of the profitability of the mineral deposits. The governments of the majority of countries with proven records of effective mining practices, like Canada and Australia, are not engaged in these processes. The economic assessment of the mineral deposits should fall under the sole decision of a subsoil user. The government will retain control in securing industrial safety and environmental protection. The government’s role is of a regulator, not a warden. This regulatory model is used in countries with developed mining industries. In attracting investment, our legislation does not allow us to compete against countries with better legal frameworks. Awareness of all this has been achieved fairly recently,” he said.

Odilov noted the proposed changes are “significant” and the reform are rather “large-scale” as they would entail changing the old approaches to regulating the commodities sector.

“First, mineral titles are envisioned to be granted through licensing. A license is a short document containing information on the licensee, issuing authority, its duration, the land area, minimum costs and rental fees. The subsoil use rules will be predetermined and license obligations will be foreordained. Licensing cancels the need for tenders, auctions, negotiations and contracting. According to the new model, if an application meets the requirements, then a company is licensed with all the preconditions known in advance. If a company fails to fulfil its license obligations, then they lose the license,” he said.

Applications will be reviewed on a first come, first served basis, eliminating the need for biddings and auctions. If a company’s application is the first one to meet the requirements, it will be approved.

There will also be a need to introduce a new mechanism to ensure the subsoil user’s responsibility for mine closure.

“Currently, subsoil users make annual payments to the liquidation fund in the amount of one percent of the annual expenditures on exploration or mining operations. The size of this fund is often far below the actual costs necessary to close a mine and rehabilitate the land. At present, there is a high risk that the government may carry the burden of covering the remainder of the costs. There was a case when the costs related to mine closure and rehabilitation significantly exceeded the accumulated amount of the liquidation fund. Instead, we intend to introduce a more efficient financial surety system for mine closure and rehabilitation. Surety instruments will be acceptable in the form of unconditional guarantees provided by a publicly listed company with a high credit rating, financial institution or a bank, insurance, letter of credit and deposit. This way, the government mitigates the risk of the subsoil user going bankrupt, running out of funds for mine closure and others. This will entail change in the procedures for evaluation of mine closure costs. Resources extraction will be made impossible unless a mine or field is secured for closure,” he said.

Odilov added provisions will also be introduced related to artisanal mining. Prospectors have never fallen under any regulations prior to the proposed reform.

The reform will be based on international best practices and incorporate the principles of transparency and publicity.

“Any interested party will have access to information on the licensee and the final beneficiaries. The geological information for mineral exploration is planned to be made available either online or elsewhere. For historical reasons, geological data has always been classified information,” said Odilov.

“The new approaches to assessing and reporting mineral resources and reserves imply remarkable changes to the extent of the government’s role in the process. Once the subsoil users assess the resources by themselves, their assessments will be reviewed by a state commission. The state commission will make a judgement on how accurate the assessment is. However, the private company is the player most interested in being accurate in its assessment, as it concerns its own profits,” he added.

Odilov noted a self-regulated organisation will be an improved method for controlling the assessment of mineral resources and reserves. The draft law suggests involving competent bodies by following the examples of Australia and Canada, rather than the government’s hands-on direct involvement.

“They have to be members of the self-regulated organisation serving on the Committee for Mineral Reserves International Reporting Standards (CRIRSCO) and assess the mineral resources in accordance with Kazakhstan’s Code on Reporting Mineral Resources and Reserves, which was based on the CRIRSCO templates. The current reporting standards applied in Kazakhstan are not recognised to such extent. We have to have resource reporting standards the rest of the world is familiar with,” he said.

He noted the first come, first served principle is applied in Australia, Canada, Chile, Peru, South Africa and the United States. Introducing the concept in Kazakhstan will allow the country to be efficient and competitive in attracting foreign and local investment in the mining sector.

“To make sure the new legislation is effective and the reform undertaken by the Ministry of Investment and Development serves its purpose, the reform has to be aligned with the reform of the tax laws. If we adopt the Australian model of minerals regulation, then it would make sense looking into the mining taxation practices of Western Australia aimed at incentivising deeper processing of extracted mineral resources. Unfortunately, the tax initiatives proposed by the Ministry of Investment and Development have not yet found positive response in the Ministries of National Economy and Finance. If the tax reform does not include the tax practice of Western Australia, the mining sector reform may prove ineffective,” he said.