By Zhanna Shayakhmetova in Culture on 16 December 2016

ASTANA – A gala concert featuring national and international works with the participation of Kazakh classical music masters will be held Dec. 17 in Paris.

The 12 musicians, who have been recognised throughout the world and won numerous awards, currently reside in Rome, Vienna, London, Paris, Hannover and Maastricht. They have decided to gather and celebrate the country’s achievements with the French audience. 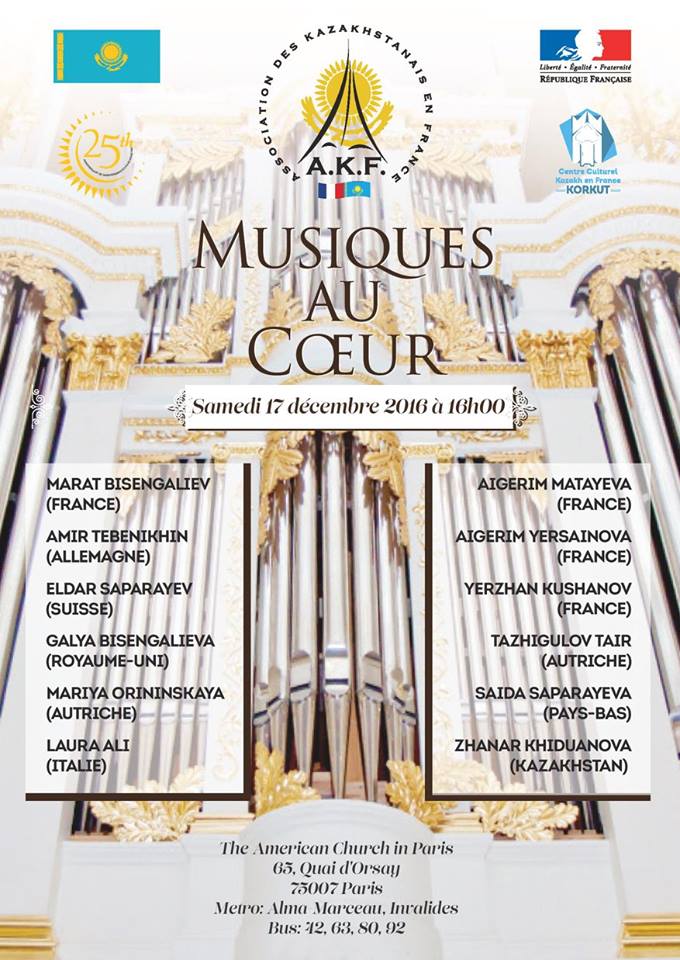 The idea to stage the performance was born after the success of the concert held as part of the celebratory events on Nauryz, pianist and Korkut Cultural Centre founder Aigerim Matayeva told The Astana Times.

“We initiated the event in cooperation with my colleague and co-founder of Korkut Cultural Centre Aigerim Yersainova and shared this idea with the president of the Association of Kazakhs in France, Berlin Irishev. He was pleased to support this initiative. The association is the main sponsor and organiser of the concert. To us, the concert is doubly important and exciting as we perform as musicians, and our centre has been actively involved in organisational matters,” she added.

The performances of such virtuosos and masters of classical music as Marat Bisengaliyev, Eldar Saparayev and Amir Tebenikhin are of special importance, said Matayeva, who has been living in Paris for four years and pursuing her career at the Slavonic Conservatory.

“We believe it is important and symbolic that the concert will be held in Paris, the capital of the world’s culture,” she said.

The centre is also preparing for the Dec. 18 children’s concert highlighting the performances of conservatory students.

“Paris is very international and each child will play a piece by a composer of his or her country, including Kazakh music, too. I feel so proud to know that our musicians, athletes and artists have become known around the world and reached incredible heights. A personal exhibition of Kazakh artist Almagul Menlibayeva entitled ‘Transformation’ will be opened at the Grand Palais Dec. 16. This is a significant event for the Kazakh culture and a good reason to be proud of your country,” said Matayeva. 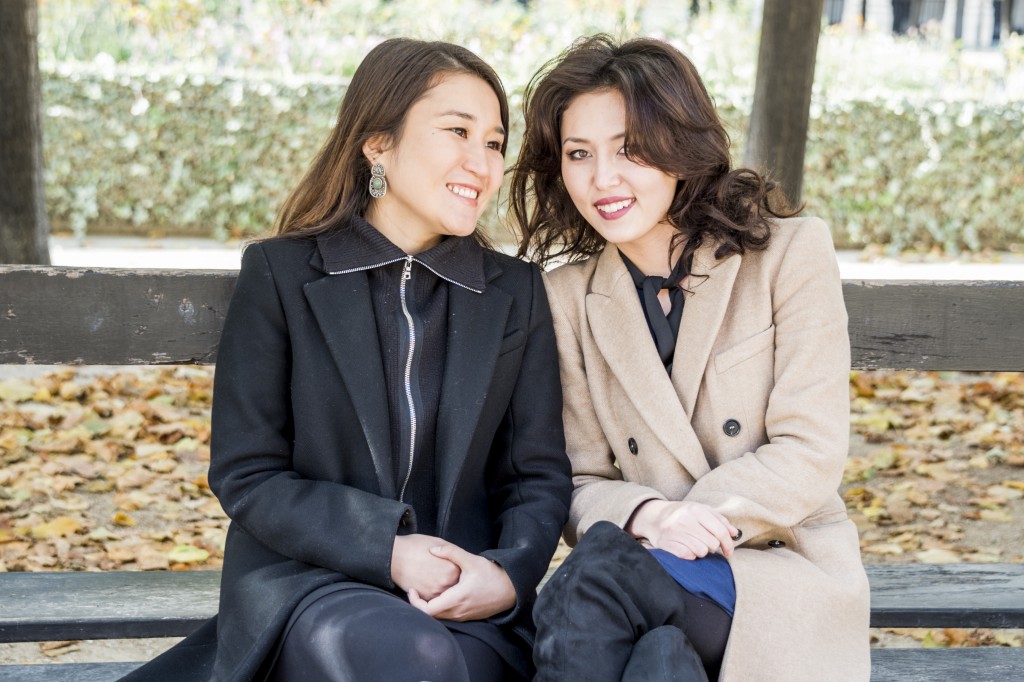 The main activity of the Korkut Cultural Centre is to contribute to the revival and development of the Kazakh culture, its language, customs and traditions and adopt universal values ​​through introduction and interaction with other cultures living in France. The centre also strives to create a professional network of Kazakh musicians and artists residing in Europe to execute joint projects and exchange experience.

“There are some families from Kazakhstan who moved here a long time ago, mixed families and French families who adopted children in Kazakhstan. Such kind of centre was necessary, so that children do not lose touch with their roots, learn more about their country and speak their native language,” she said.

Beginning in January, the centre will offer a variety of clubs and activities including Kazakh language courses, theatre, music, dance and film clubs for adults and children.

“We are also working to launch new cultural projects not only in Paris, but also in other cities of France. We currently do not have any sponsorship. We aim to present the real Kazakhstan, its history and culture, as well as the development of a modern dynamic country through various concerts, exhibitions and conferences at the centre,” said Matayeva.