By Staff Report in Business on 29 December 2016 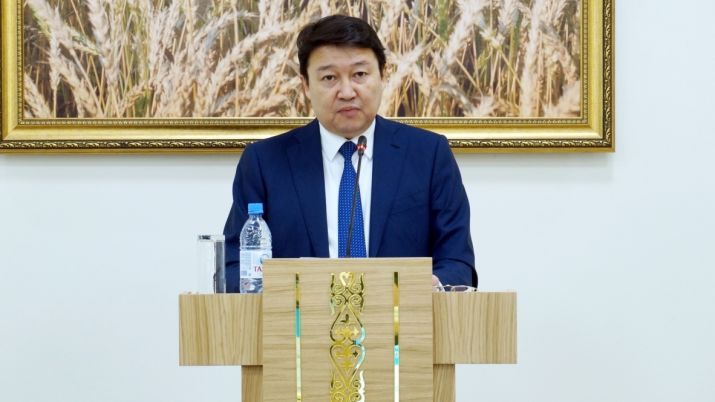 First Vice Minister of Agriculture Kairat Aituganov reported on the results and progress of the country’s agro-industrial complex development at a Dec. 20 government session on social and economic growth in Astana.

“In 11 months, the agricultural gross output grew to reach 3.4 trillion tenge; the index of physical volume grew by 4.5 percent compared to the same period last year,” the vice minister said.

For the first time in the past 20 years, farmers sowed sugar beet in northern Kazakhstan. Total production was 14,000 tonnes with an average yield of 350 kilogrammes per hectare. This is higher than the average national indicator by 15 percent.

“Overall, this year we had a good harvest,” Aituganov concluded.

The country is set to boost its agricultural output and food production. The State Programme of Agrarian and Industrial Complex Development for 2015–2017 sets a goal of increasing livestock production by 40 percent and crop production by 30 percent. The programme also ensures that farmers receive enough financial incentive to improve efficiency. Under the programme, the number of farmers receiving state financial support will grow sevenfold, from 67,000 to 500,000.

By 2021, gross output of agricultural products is expected to grow by 30 percent or 1 trillion tenge (US$3 billion) to reach 4.3 trillion tenge ($12.9 billion). More than 1,200 farming co-operatives will be involved in the food products distribution system.

The increase in new indicators will be achieved under the previously approved budget, without additional funding.