By Kamila Zhumabayeva in Nation on 22 December 2016 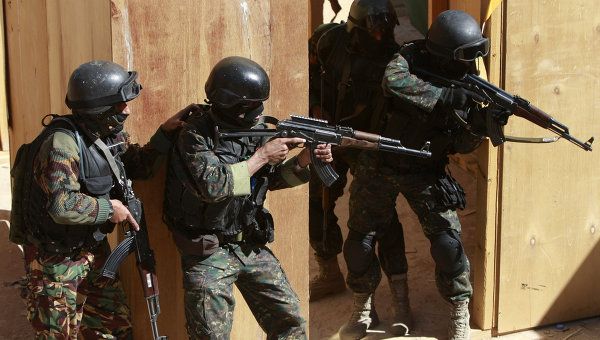 The National Security Committee stated in its press release that it began special-forces raid on Dec. 21 to neutralise the cells of the Takfir wal-Hijra religious extremists organisation in Kazakhstan.

Raids were simultaneously carried out in the Almaty, Aktyubinsk, Atyrau regions and in the city of Almaty.

“Search operations where they [the suspects] live as well as other operational and investigative actions are being held,” the committee said in the statement.

Established in Egypt in the 1960s, the Islamist group was recognised as extremist in August 2014 by a court decision in the Kazakh capital and banned from the country.

Takfir wal-Hijra is listed as a terrorist organisation in the U.S., Russia, China, Egypt, Morocco, Libya, Tajikistan, Uzbekistan and a number of other countries, according to the press release.

The security committee said Takfir wal-Hijra followers approve of the actions of terrorists in Iraq and Syria and in general, reject the country’s secular government and constitutional laws.

Takfir wal-Hijra was previously named “Jama’at al-Muslimin,” a radical Islamist group led by Egyptian agricultural engineer Shukri Mustafa that emerged in Egypt  in the 1960s as an offshoot of the Muslim Brotherhood.

The National Security Committee plans further updates to brief the public on its recent operations.

News outlets report that among other provinces, the security operation also covered the Aktobe region where a deadly Islamist attack killed 25 people, including 18 attackers, last June.

Most of the surviving attackers were recently sentenced to life in prison. Takfir wal-Hijra has not been linked to that attack.

“Thousands of nationals from Central Asian nations are known to be fighting alongside Islamic State militants in Syria and Iraq, and authorities have long warned they could return and carry out attacks on home soil,” Reuters news agency reported.