By Zhanna Shayakhmetova in Culture on 1 December 2016

ASTANA – In recent years, the Kazakh film industry has released a plethora of historical dramas, crime films, comedies and romantic pictures designed for a mass audience. Yet there are still a good number of films that sometimes do not meet viewers’ expectations and draw more attention at various festivals. 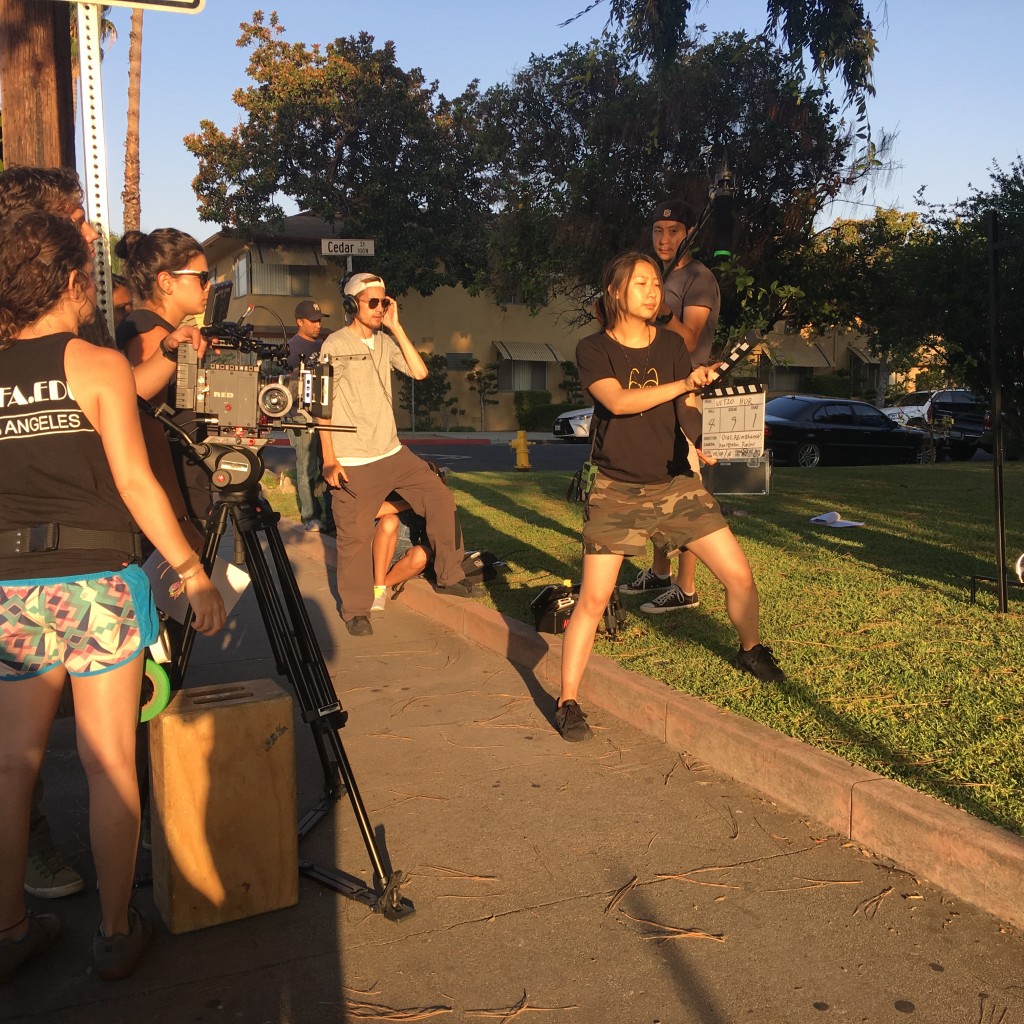 Dias Azimzhanov and the crew during the filming of “ULTIO”

The Astana Times interviewed well-known film critic Oleg Boretskiy and promising young filmmaker Dias Azimzhanov to learn about the current state of auteur Kazakh cinematography and their activities in this sphere.

Auteur filmmaking and its importance

A qualified film expert, Boretskiy presents the Radio Classic live show Kino Blues, contributes to the news portal Tengrinews.kz and initiated the launch of the Almaty cinema club in 2003.

“Auteur films are the most interesting to me, as there is a search of cinematic language. Of course, there is a story and a plot. The directors often use figurative language. As a rule, these films usually do not get into wide release as they are non-commercial ones. In this category I would like to mention two recognised Kazakh directors, Adilkhan Yerzhanov and Nariman Turebayev. They have their own vision and style and they are not interested in wide release,” he said. 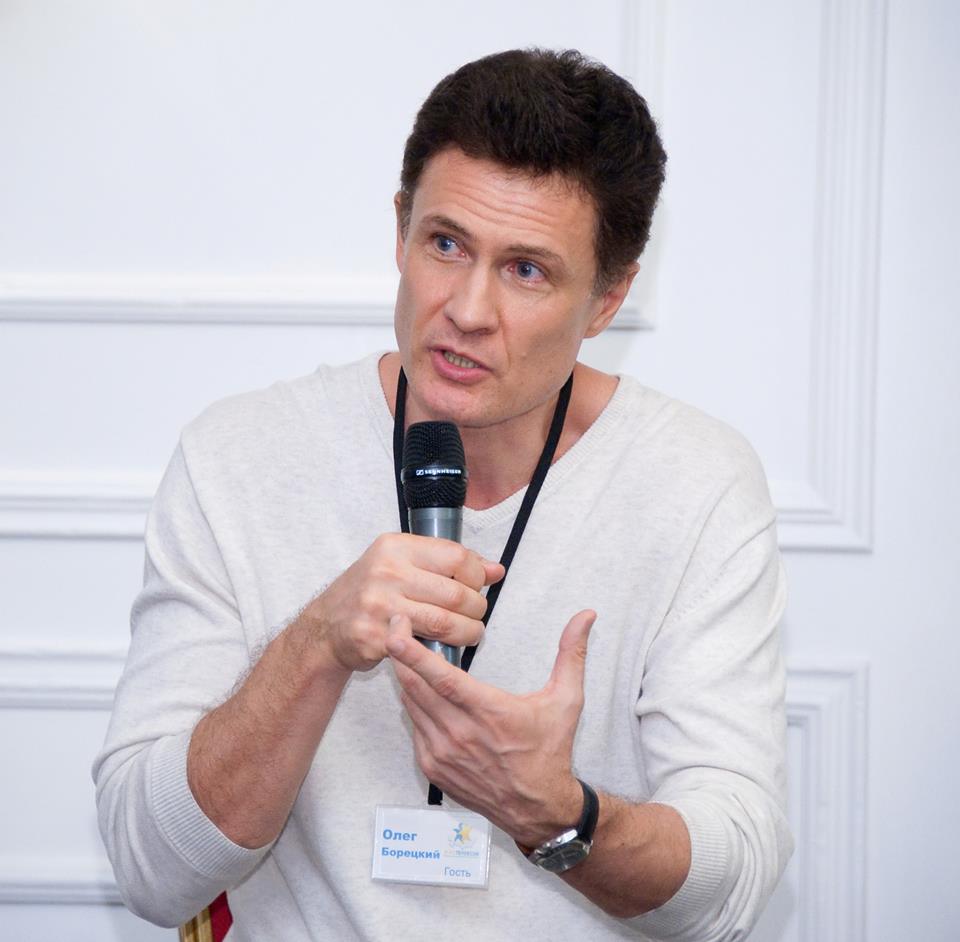 Yerzhanov’s film “The Plague at the Karatas Village” was awarded the Network for the Promotion of Asian Cinema (NETPAC) 2016 prize as the best Asian feature film by a jury in Rotterdam.

Turebayev is currently doing his fifth work entitled “Gryaz Bolshogo Goroda” (“The Filth of the Big City”) as part of the new movement called Guerrilla Cinema, independent filmmaking with a low budget.

“I know that many beginner directors start their careers with short art house films. But over time, many of them stop working in this direction because such films are not in great demand in our country. Art house films basically aim to take part in the festivals. The directors need wide release and recognition of the audience. Maybe this is one of the reasons why young people refuse to make eccentric and social pictures,” said Boretskiy.

Emir Baigazin’s works stand apart from other films, he added. His debut picture “Harmony Lessons” won more than 25 international awards, including the Silver Bear at the Berlin Film Festival and Grand Prix at festivals in Sao Paulo and Seattle.

“The master of the classic auteur cinema in the country is Darezhan Omirbayev. His works have been recognised at international levels and are better known to his supporters and students. Ermek Tursunov’s films ‘Kelin’ (‘Young Wife’), ‘Shal’ (‘Old Man’) and ‘Kenzhe’ (‘Youngest Child in the Family’) do not fit into a specific genre. His latest work ‘Zhat’ (‘Stranger’) may even get the Oscar nomination,” he said.

Boretskiy also delivers lectures on history and the philosophy of science for graduate students at Al-Farabi Kazakh National University.

“I use the auteur films that relate to the history of science in my programme. For example, we discuss the Spanish film ‘Agora’ when we study the ancient science. We discuss the films ‘A Beautiful Mind’ and ‘Interstellar,’ which I consider refer both to feature motion picture and art house. The film’s ideas are the context to talk about the science, the problems of science, the identity of the scientist and the modern physics concept. It is really exciting and fascinating to students,” he said.

“All these works are noteworthy, as well as films created by the Bastau international festival participants. But, to me, the director should create more than one or two films to be recognised as the author of exceptional films,” he said.

Azimzhanov, a New York Film Academy (NYFA) graduate student, is representative of the young generation of directors experimenting with genres and directions. 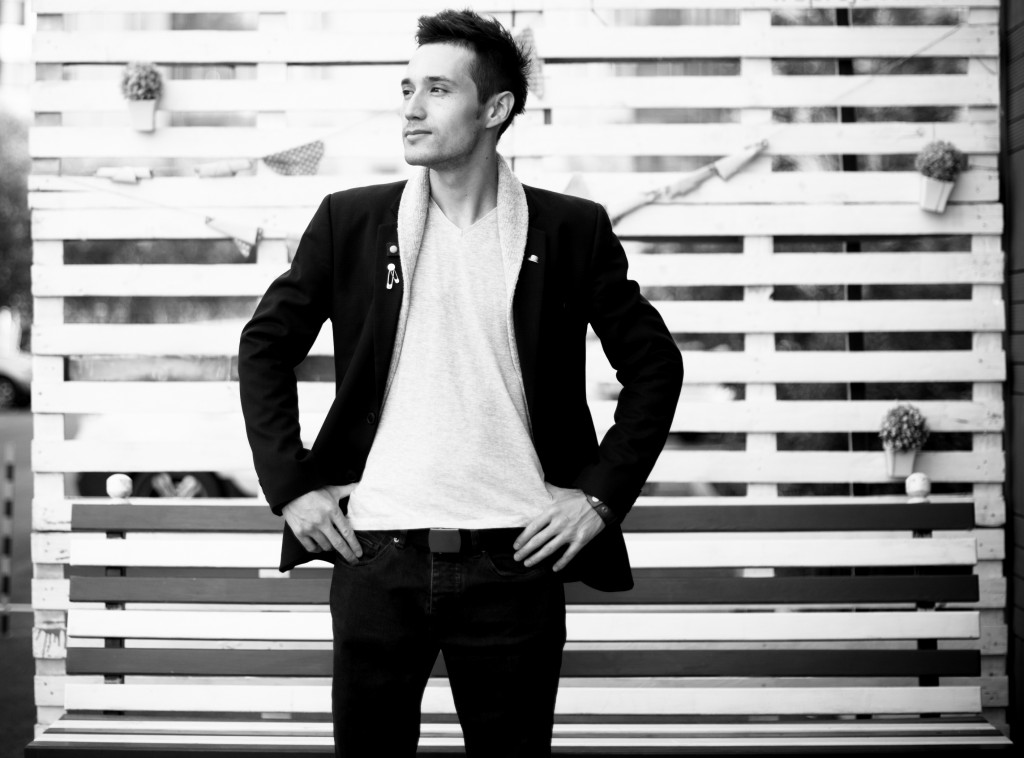 His debut picture “Moments of Enlightenment” won the Award of Recognition at the Hollywood International Moving Pictures Film Festival. He said sometimes art house films tell the stories of people we see every day in the streets, in a bus or at work.

“Such films are more appealing to people at the subconscious level, in connection with the identity of their life situations and similar characters. Social films can be closer to a greater number of people and not only to a certain category of people with strong analytical skills,” he said.

His film touches upon suicide issues. Two friends from different countries and with different social status live together in the U.S. Kate is a student and Elly is an immigrant with a drug addiction. Once Elly learns that she has HIV, she falls into a state of emotional isolation.

“Social issues require research and training, together with a full immersion in the story on set. I consulted with psychologist. I have used the acting techniques of Sanford Meisner and Stella Adler (in order to direct actors),” said Azimzhanov.

Future directors study acting skills at the academy and there are no exceptions at NYFA, he added.

“We have the same requirements as actors because in the future, while directing we should be able to talk to them in the same language. My experience gained after participating in the directing courses delivered by Konstantin Sarkisyan in Almaty also had a positive effect during the filming,” he said.

One of the important tasks and challenges for the director is the ability to look at history and evaluate it through the eyes of the viewer, noted Azimzhanov. He recently finished shooting his second short film entitled “ULTIO,” which is currently in postproduction.

“This film is more technically advanced compared to the preparatory and setting stages of my debut film in terms of professional experience of the crew and cast, equipment and the shooting schedule. I would like to share the experience with people who care about our cinema industry and learn something from them after I return to Kazakhstan. I plan to open a studio with a focus on screenwriting and directing, where people can learn the basics of storytelling, elements of narrative and dramaturgy,” said Azimzhanov.