Good Governance Matters is the strapline of Nazarbayev University’s Graduate School of Public Policy. But what does “good governance” mean for the citizens of Kazakhstan? If Kazakhstan is to join the top 30 developed countries in the world as set out in the President’s 2050 Strategy, then having high quality public services will be key to achieving this. There are important signs that good things are happening in Kazakhstan in this regard. 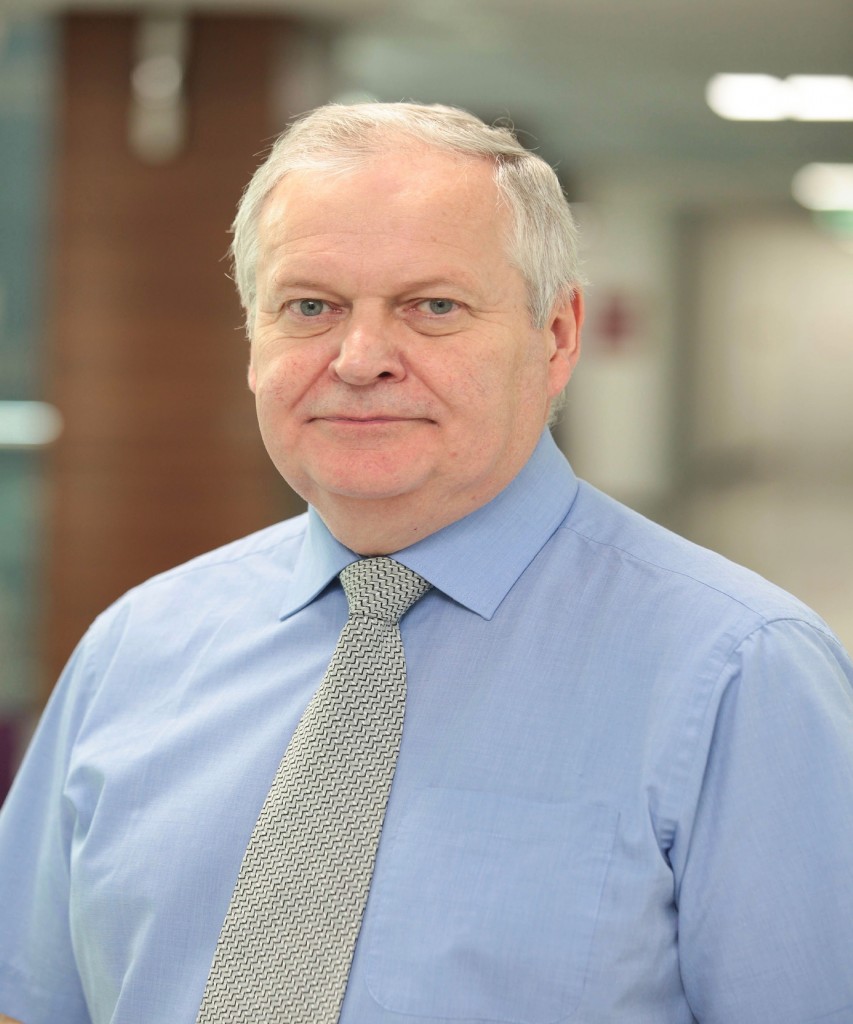 Consider, for example, the recently released global education report card entitled Trends in International Mathematics and Science Study (TIMSS), the longest running, large scale international assessment of mathematics and science education in the world conducted amongst fourth and eighth grade children in 57 countries. These countries include developed nations such as Australia, Canada, England, France and the USA. The results are hugely encouraging, in that Kazakhstan school children ranked 12th in year four math and eighth in science. Compare this with Australia, where children of the same age ranked 28th and 25th, respectively.

Kazakhstan has been equally successful when it comes to delivering important public services through online electronic government. The most recent 2016 E-Government Development Index of the United Nations member states shows Kazakhstan ranked 33rd out of 193 countries. Impressively, it is ranked seventh in the whole of Asia below countries like the United Arab Emirates and Japan. The index is a composite measure of three dimensions: provision of online services, telecommunications connectivity and human capacity. Public Service Centres in Kazakhstan have been very successful in reducing bureaucracy and providing citizens with access to multiple services in one location.

More generally, Kazakhstan is performing well in relation to its Commonwealth of Independent States (CIS) neighbours. Consider, for example, the Worldwide Governance Indicators on government effectiveness. This measure captures perceptions of the quality of public services, the quality of the civil service and the degree of its independence from political pressures, the quality of policy formulation and implementation and the credibility of the government’s commitment to such policies. If we compare the performance of Kazakhstan across the CIS countries, it is ranked the second-best performing country after Georgia on a scale of 0-100 (with 0 = lowest rank and 100 = highest rank: see table 1).

Table 1: Government Effectiveness in the CIS

Comparing Kazakhstan to countries in the CIS is all very well, but if the goal is to become one of the 30 most developed countries by 2050, then we need to make the comparison with those countries rather than our CIS neighbours.

One way of doing this is to benchmark Kazakhstan with countries which are ranked from 25-30 in the United Nations Development Programme’s Human Development Index (UNDP HDI). These are the countries against which Kazakhstan needs to compete to join the elite group of the top 30 most developed countries. So, how does Kazakhstan currently perform in terms of good governance with these countries, which are Slovenia, Spain, Italy, the Czech Republic, Greece and Estonia. Figure 1 below shows Kazakhstan ranked 56th in the HDI compared to the countries currently ranked 25th-30th. 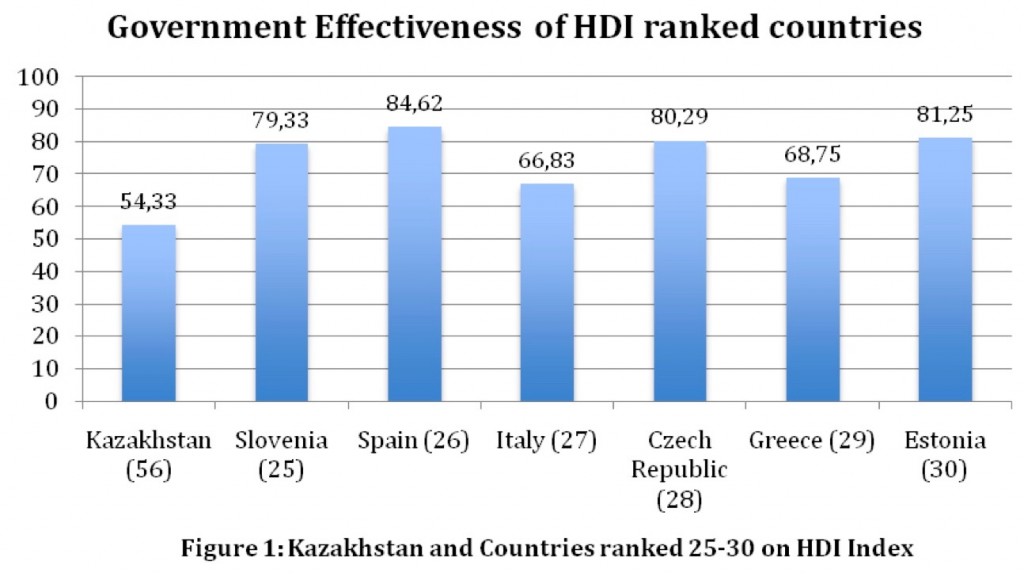 Kazakhstan can and must do better if it is to become one of the 30 most developed countries by 2050. So, what can it do?

There are at least two key changes in the President’s 100 Concrete Steps (Plan for the Nation) which, if fully implemented, will help Kazakhstan achieve its strategic goal. The first of these is the development of a professional civil service, a key pillar in the Plan for the Nation document. This includes anti-corruption legislation, a code of ethics and performance-based remuneration for civil servants. While these are hugely important reforms and need to be implemented with rigour, they are not sufficient in themselves. Rather, they are a means to an end. Having good governance structures is a necessary but insufficient condition for government effectiveness.

The second key change also contained in the Plan for the Nation is the “creation of a transparent and accountable state.” More specifically, one key measure therein is the intention to put in place “a results-oriented state governance system with standardised and minimal procedures for monitoring, assessment and control.”  What does this mean in practical terms and how relevant is this to the citizens of Kazakhstan?

The ultimate test of “good governance” is that Kazakhstan has high quality public services which contribute to the well-being if its citizens. Having a professional civil service is simply a means to achieve this goal. But how do we improve the well-being of the citizens of Kazakhstan? Here we can adapt the ideas of the Organisation for Economic Co-operation and Development (OECD), which developed a “well-being” framework for OECD countries. Their work goes beyond looking at gross domestic product (GDP) as the key indicator of a country’s performance and considers the main components which constitute the well-being of its citizens. The strength of this approach is that it encourages providers of public services to focus on the impact of what they provide rather than simply service outputs – a results-oriented state governance system.

To adapt this for a developing country like Kazakhstan requires focusing on those core public services which will contribute to improved citizen well-being: health, jobs, education and skills, personal security, environmental quality, civic engagement and governance, housing and social connections. The key point here is to connect professional civil service with the delivery of these core public services and measure whether the outcomes of what they provide leads to an improvement in the well-being of the citizens of Kazakhstan. Nazarbayev University Graduate School of Public Policy is working to make this connection by establishing a well-being framework which will lead to a results-oriented state governance system and, in so doing, help Kazakhstan achieve its ambition of entering the 30 developed countries by 2050.