By Kseniya Voronina in Tourism on 23 December 2016 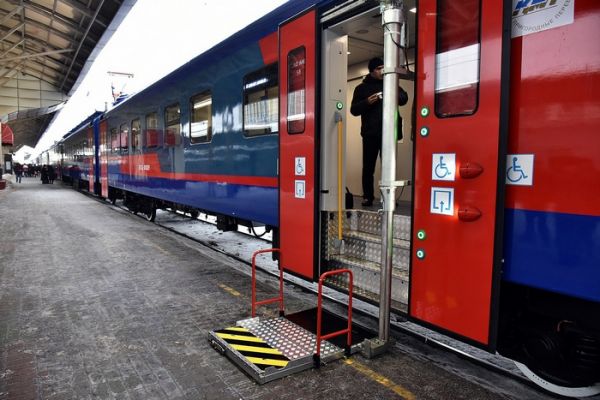 The trains meet international and Customs Union standards and include the latest technology, such as a passive safety system, video surveillance systems and an information and entertainment website using Wi-Fi technology. Passengers can also watch movies and play video games as well as access information about their trips in Kazakh, Russian and English.

The trains are equipped with lifts to board passengers with disabilities as well as designated toilets, doors and chairs for them.

A representative of Kazakhstan Temir Zholy reported that the company plans to launch two more electrical trains in the near future.

Railway transport is a crucial part of the production infrastructure of the state. Kazakhstan’s geographic conditions include a lack of direct sea access and vastness of territory, which makes the role of railway transport important. As of today, Kazakhstan Temir Zholy is a backbone infrastructure company, providing cargo transport necessary to grow the Kazakh economy. The company employs more than 140,000 people.