By Staff Report in Astana on 5 December 2016

ASTANA – The Astana akimat (city administration) has adopted a new concept for tourism development that will focus on events and business and health travel, according to the press service of the akim (mayor) of the city. 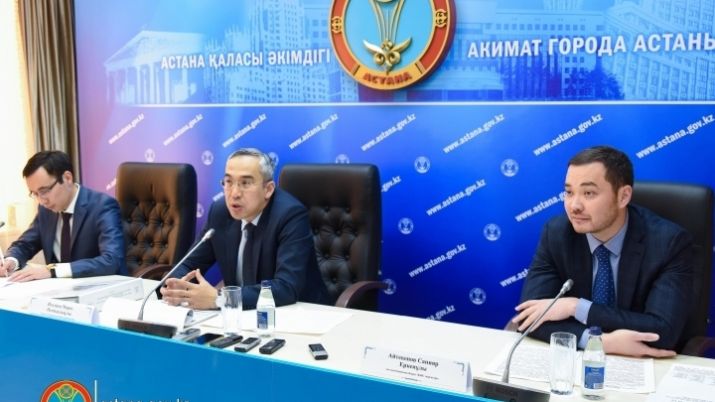 According to Marat Igaliyev, director of the Kazakh Ministry for Investments and Development’s Department of Industry and Tourism, the capital has great potential to develop a tourism cluster.

“In 2013, a master plan for the development of the tourism industry in Astana was created in view of EXPO 2017. We have also presented the concept of tourism development in Astana until 2020 and the city’s brand will be selected next year,” said Igaliyev.

In 18 years, the number of hotels in the Kazakh capital has grown by 40 times, visits by foreign tourists have increased by more than 50 times and domestic tourism has increased by 43 times.

“If we compare Astana by the number of tourist arrivals per every 1,000 inhabitants, then we are on the same level with cities such as Seoul and Istanbul. The city has important prerequisites that will help us develop tourism in the future. We will focus on the development of business, event and medical tourism. Now, Astana has a wide range of facilities to host large-scale events. One of the main and priority steps in the field of event tourism is joining the largest international association for MICE (meetings, incentives, conferencing, exhibitions) tourism,” said Astana’s Investment and Development Department head Alisher Abdykadyrov.

In order to form a permanent stable flow of tourists, seasonal activities are being planned, such as a snow and ice festival in the winter, an outdoor world championship of quadrocopters in spring and others. The creation of the Astana International Financial Centre and the development of medical tourism is expected to boost tourist traffic.

A network of modern medical centres have been created and developed in Astana. They are equipped with the latest medical equipment and it is hoped they will draw foreign patients. To date, several cardiology clinics of the capital have conducted more than 17,000 complex operations.

The capital is also actively working to prepare the city for EXPO 2017.

According to Astana Convention Bureau Director Saniyar Aitekenov, transport infrastructure is also being updated in the city in order to attract tourists, including creating a pedestrian orientation system with signs and pylons and launching red tourist buses and self-service terminals. In order to improve the quality of the service sector in Astana city a partnership programme, recommended by EXPO 2017, has been implemented. It brings together hotels, hostels, catering facilities, service businesses and transport companies.

“A lot of attention is being paid to the study of English. Fifty percent out of around 100 participants of this programme went through recommended courses. Also there are information centres on English language willing to train our employees at no cost. In addition, if a person takes a taxi and is addressed in a different language, the tourist can contact a call centre where operators will translate,” said Aitekenov.