Agricultural and Chemical Investment Day Kicks off in Taraz

ASTANA – Taraz Invest – AgroChemical Day, an international forum held Nov. 25 in its namesake city, was successful in its goal of attracting foreign investment to develop the industry in the region. Memorandums and agreements worth nearly 120 billion tenge (US$354 million) were signed at the conference. 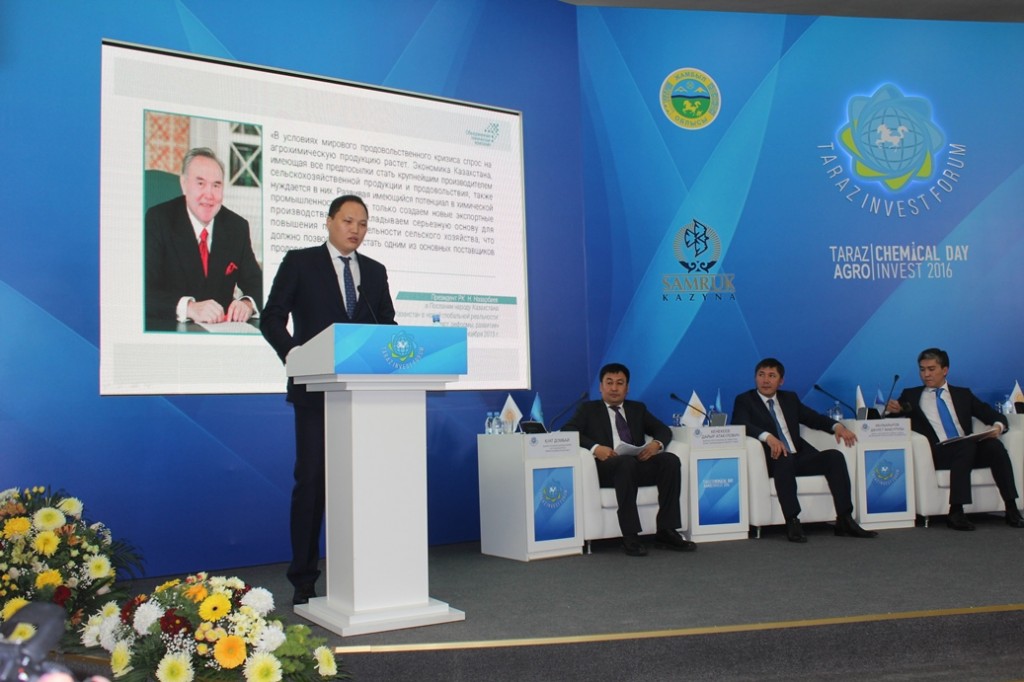 “Every year, the Zhambyl region has been increasing its industrial potential to attract investments in the development of local production and creating a favourable investment climate. The Taraz Invest – AgroChemical Day international investment forum can be another step towards strengthening the partnership in the area of industrial and chemical-technological production,” said Zhambyl region Akim (Governor) Karim Kokrekbayev.

This event was organised by the Zhambyl Region administration and supported by United Chemical Company. Agrochemical industry experts, business delegations from neighbouring countries, state authorities and representatives of small and medium businesses attended the forum.

The region has rich mineral resources and phosphates, fluorspar, uranium, precious and non-ferrous metals, coal, natural gas and salt can be produced. Kazphosphate was established in 1999 and is a city-forming enterprise and leader among manufacturers of phosphorus-containing products in the Commonwealth of Independent States (CIS). 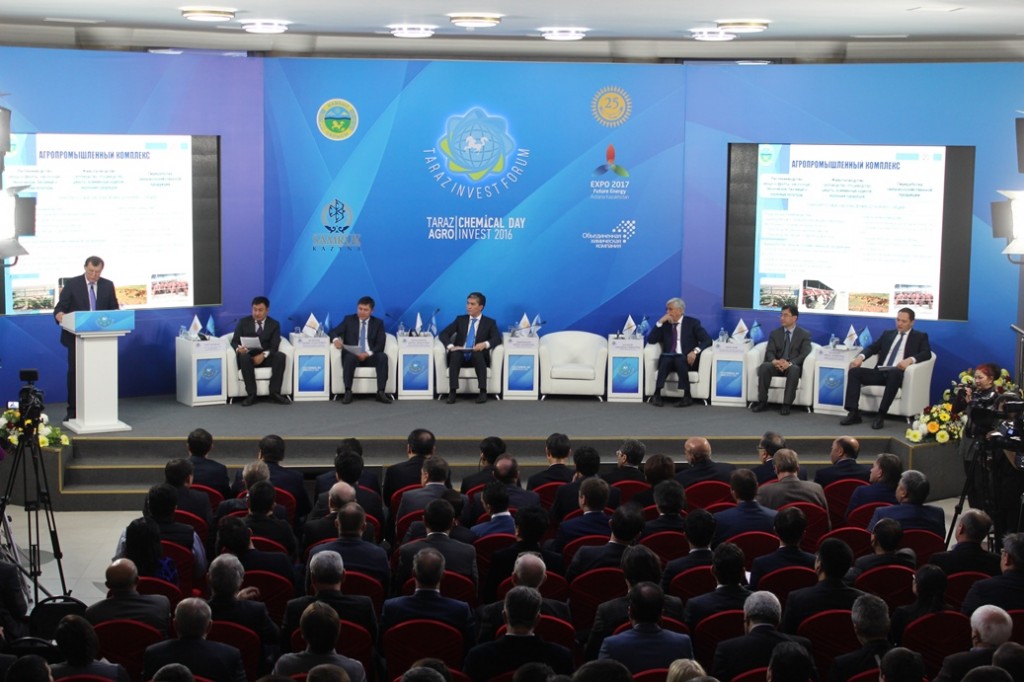 Forum organisers aimed to demonstrate the region’s investment attractiveness to the business community, including small and medium-sized businesses. They also highlighted Taraz Chemical Park, a special economic zone (SEZ) that accommodates all production infrastructure for agrochemical enterprises. The purpose of the SEZ is to ensure industry development and provide a favourable taxation environment.

United Chemical Company Chairperson Zhenis Oserbai emphasised the potential for developing the agricultural and chemical industry in Kazakhstan, adding the company implements projects to create conditions for agrochemical production in the country. He noted the Zhambyl region can become an industry leader by involving small and medium-sized companies.

The participants reviewed the business case of Chim Plus, the first agrochemical enterprise launched in the SEZ. The company was formed under the state programme and will produce glyphosate, caustic soda and phosphorus trichloride.

United Chemical Company was established by order of Kazakh President Nursultan Nazarbayev. The company is part of Samruk Kazyna Sovereign Wealth Fund and an operator in developing the country’s oil, agricultural and chemical industries to ensure diversification, modernisation and sustainable development of the national chemical sector by attracting the investment and support of small and medium-sized businesses. Its total project pool is worth approximately $11.2 billion (organic field) and $459 million (inorganic field).