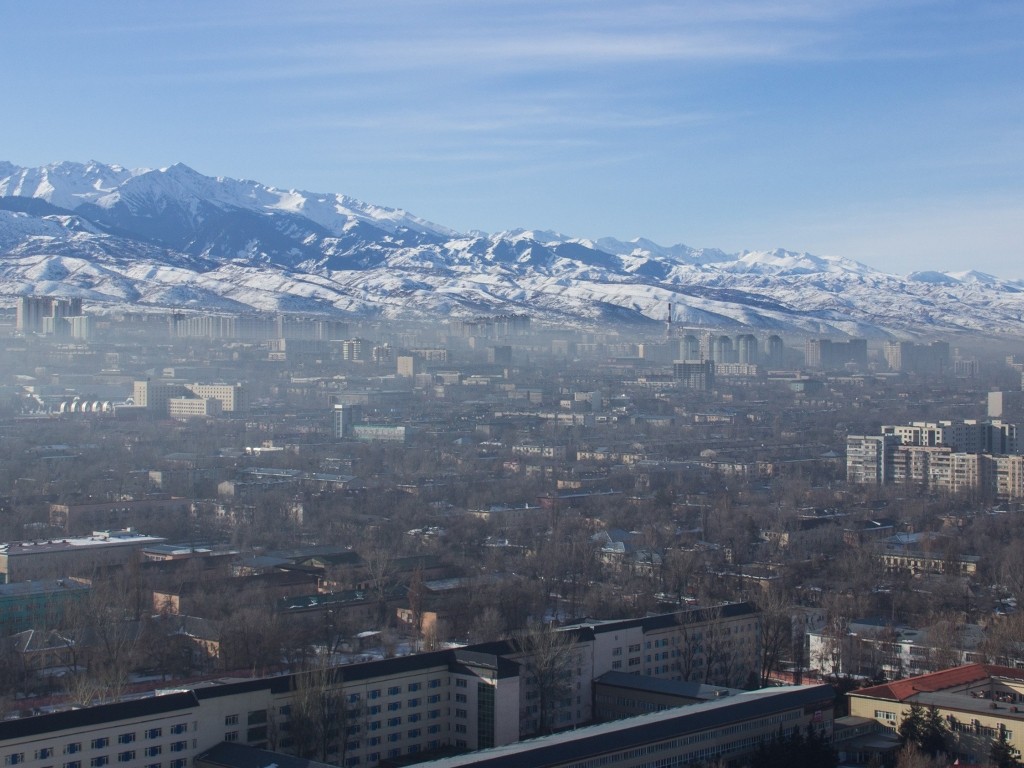 “First of all, we shall think about the renewal of vehicles in the city. All citizens are outraged by polluting cars and buses. People demand taking adequate measures to eliminate this problem. On the one hand, each car passes an inspection that shows the technical characteristics of the car. But, on the other hand, we cannot determine the ecological status of those or other cars even on the basis of the traffic police data. So, when we have any vehicle registered [with the traffic police] including trucks, cars, or even a bus, their environmental performance is not reflected anywhere. The only thing is that the state introduced a Euro-4 ecological standard for engine fuel. This criterion is verified by customs authorities as well. But in fact, traffic police have no such labelling system in the database. Research analysis carried out in Russia and in Kazakhstan indicates that the absence of this information is a gap in the data transmission. In fact, it is possible to open a separate window in the registration database of the traffic police and assign a class to a particular vehicle based on the brand of the car, its year of manufacture and the degree of emissions into the atmosphere,” she said.

Yerzakovich added some European cities have special zones which only allow vehicles with a certain eco-label.

“The problem of banning the admission of transport to certain areas of the city is being raised frequently. This is a very social and urgent question. In Almaty, the problem carries a special character, as the city administration is planning to ban all non-resident cars. For the UN, such an approach is completely unacceptable. We should not infringe upon the citizens at their place of residence. Some cities, for example, allocate special zones with a reduced threshold for emissions. Such areas are allowed only for cars with a certain eco-label,” she said.

“Two years ago we met with Milan authorities. … This city was one of the first to introduce such zones. Initially, the ban related only to trucks. Car-free zones are the areas where we are experiencing the greatest negative impact of cars on the environment and on the people that are living and working there. In my opinion, it is the most understandable and acceptable mechanism for the population of Almaty. The designated areas are operating in more than 400 cities around the world,” she noted.

“Why do we need an eco-label? Here is an example. Each of us at least once in a lifetime buys major appliances. All of them have a label depicting the energy efficiency class. It is a clear labelling for everyone; we realise that it is desirable to buy class A technology, rather than B. But few people know that car manufacturers apply the same eco-labels on cars. But when we come to the market or showroom, none of the vendors provides information about the energy efficiency classes,” said Yerzakovich.

Many countries impose taxes on car owners depending on the emissions produced by the vehicle, she added.

“This measure is not available in Kazakhstan. We have a transport tax; it mainly depends on the engine size of the cars. In many countries, when buying a vehicle the car owner pays for emissions that their cars are expected to produce and such payments are quite substantial. It is clear that the introduction of such payments increases the price of the car. But, on the other hand, thanks to this measure car buyers are becoming more responsible towards the purchase of a car. People start thinking whether having a car is a necessity. For example, electric vehicles are conventionally referred to as cars that do not produce emissions; they are exempt from certain taxes. It means that the state encourages people to switch from gasoline-powered vehicles to electric ones,” said Yerzakovich.