By Dmitry Lee in International on 17 November 2016

ASTANA – Exhibition First Lightning, in which Swedish artist Tove Krabo unveils the horror of the consequences of nuclear explosions, opened in Astana’s Museum of the First President Nov. 2 and will be open until Dec. 2. 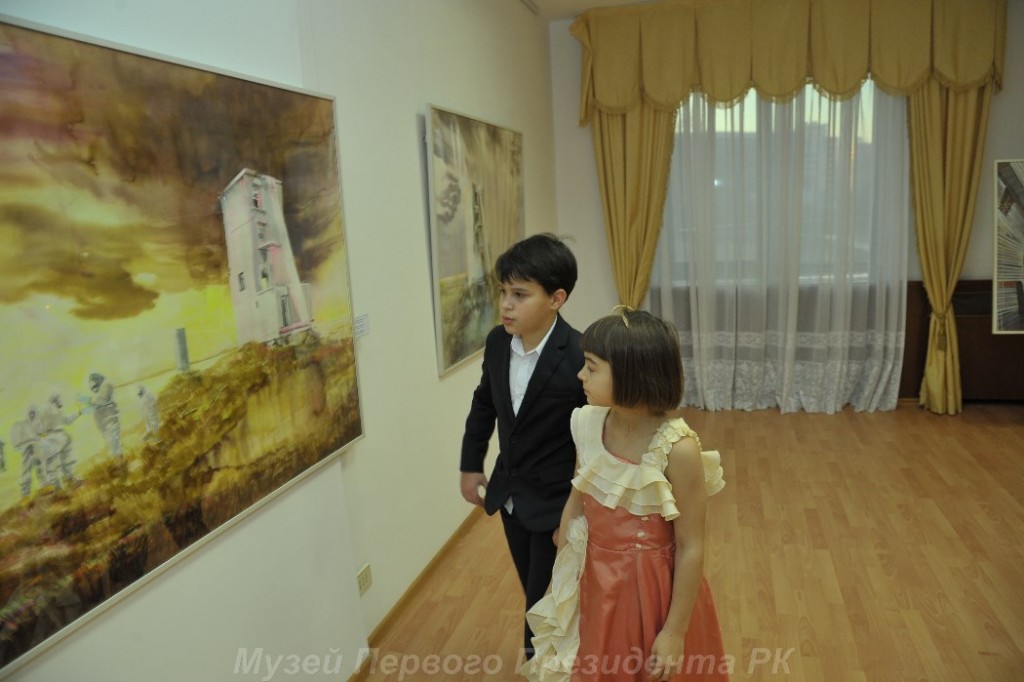 The artist visited Kazakhstan’s former Semipalatinsk nuclear test site to get the feel of the horrible nuclear legacy the country has inherited. She said her drive to fight for a nuclear-weapon-free world came to her when she was 11 years old.

“Sweden, my home country, was thousands of kilometres away from Chernobyl,” she said in an exclusive interview with The Astana Times.

“The radioactive cloud from Chernobyl moved to parts of Sweden and had an impact on us, too. Radiation knows no national borders. Swedish news was the first to report about increased levels of radiation as they were measured in Sweden and a warning was issued. Only after that, was the news released worldwide about the catastrophe. Swedes could then protect themselves before the Ukrainians and Belorussians had a chance to take action.” 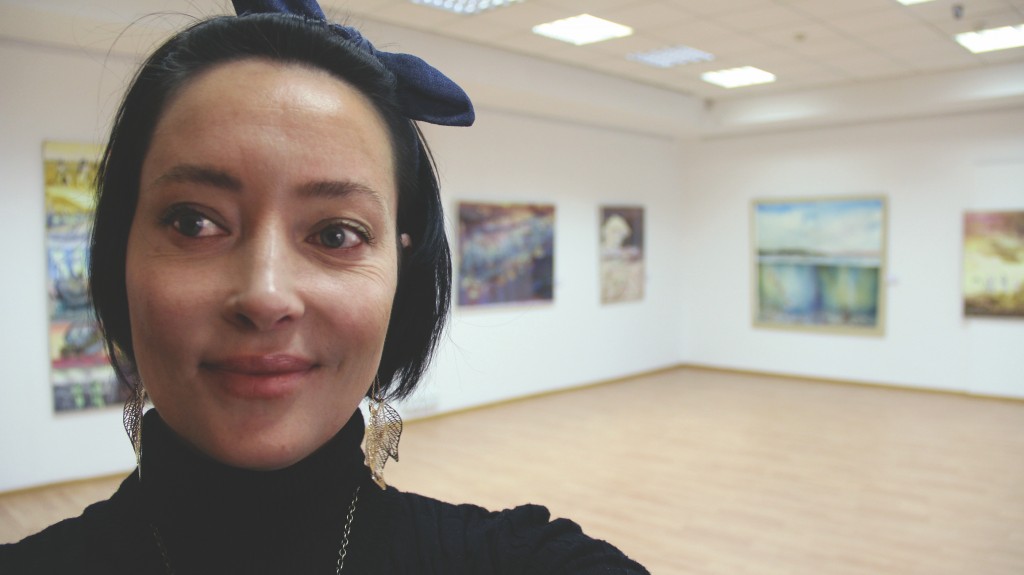 Tove Krabo at the museum of the First President of Kazakhstan

“I loved to play outdoors, I loved nature – most people do. On this particular day they announced on the radio that we needed to closely follow the weather forecast, and the clouds that moved in the sky,” she recollected.

“The rainfalls during this particular spring were contaminated by caesium 137. It was very dangerous, but perhaps no one could predict how dangerous. Moreover it was an invisible danger. This made it very scary,” she said.

The invisible radioactive clouds, she said, made it impossible for kids to pick berries in the forests and the following summer there was a forced mass-slaughter of reindeer.

For the young girl, the Chernobyl accident became a symbol of death and disaster.

“Mutations of living species. The destruction of our ecosystem for thousands of years ahead. And yet this was in fact not new. I did not at the time know of the nuclear tests that had been induced on purpose in Kazakhstan. Chernobyl was the one incident that convinced me that we must aim for a nuclear-free world. My later knowledge of what happened in Semipalatinsk has only reinforced that opinion.”

One artist-activist reflects on another

When she heard about local painter and Honorary Ambassador of The ATOM Project Karipbek Kuyukov, she compared his works with the works of Frieda Kahlo and saw deep into the hidden lines as an artist.

“When I see Karipbek Kuyukov’s paintings, such as ‘First Explosion,’ or a portrait titled ‘Zhenis Sekerbayev’ or the portrait of ‘Berik Syzdykov,’ I think that these works talk to me even without the knowledge of the artist’s connection to the subjects. He integrated his personal story, but that is information I don’t need in order to appreciate – and to feel – the works independently. They are strong and fine paintings on their own merit. They remind me of some of Frieda Kahlo’s paintings. I would like to see more of such paintings, and maybe a series of self portraits – literally, just like Frieda Kahlo, who painted herself – from Kuyukov! I admire his force and commitment. What he does art-wise is life-affirming. He deserves all attention and recognition that he can have.”

According to Krabo, in Sweden, the cultural debate focuses a lot on identity politics and personal representation.

“Can, for instance, a white male talk on behalf of black female? Can the more privileged express anything they haven’t lived themselves? Some artists argue that identity is not predetermined but fluid and based upon one’s experiences. And my standpoint has been to look at art rather independently from the persona of the artist. If we were only to depict or tell stories from our own horizon, there would be little imagination. In the worst case, that would be saying that there would be less empathy. In the way I perceive art, there is room for role play, imagination, swapping perspectives. I like the idea of good’s fool. That there is uncertainty of the messenger.”

It is not necessary to be an interesting person to make great art, she said.  “Art can be born out of boredom, too. And in art history we had decades where minimalist art and industrially made art took the position that there should be no trace of human craftsmanship; its logic was that representational subject matters should be eliminated. But [Kuyukov] is not detached from his art, the choice of his motifs, the way he is performing his art. Can we really say that the outcome of his art is not intrinsically linked to something that happened with him personally? This is where theories become interesting! I would like to hear from Kuyukov himself how he perceives this. Can anyone compete with him in telling the story that he tells?”

“In a way, it felt as if I knew the place, as I spent quite some time making paintings of the iconic Polygon concrete towers before going there. To me personally these buildings seem more iconic than, for instance, the Eiffel Tower. I haven’t spent hours looking at pictures of the Eiffel Tower. The Polygon was a ghost-like place in my mind, but even more surreal in reality. It’s a place where humanity has moved on. Even the city of Kurchatov [the centre of nuclear planning and activity in Semipalatinks] seemed like an old film set where the actors and film crew moved out. We went there with cars, guided by people from the National Nuclear Centre in Kurchatov. The snow fell lightly and the road was like taking a road to the centre of nothing, yet it is the epicentre of all the harm. I liked that our excursion was a combination of both scientific-driven and artist-driven desires to figure out what the place was like. I left the Polygon with far more questions than I had before I came there.”

“I documented the whole visit, especially The Polygon site, the National Nuclear Centre in Kurchatov and the Museum of Anatomy in Semey, but I also found the mannequins intriguing, the ones that are used for medical students at the University in Semey. I think the experience was too overwhelming to give an immediate answer to what kind of works that will be the outcome just yet. It gave me the feeling of, I owe it to someone to do something about this!”

Krabo said she was touched by the hospitality of the people in Kazakhstan.

“In Kurchatov, we were received by the mayor and in Semey we were received by the mayor, the depute mayor and many more. I was given Abdizhamil Nurpeisov’s book “Blood and Sweat” by a friendly journalist, which I am about to read. When we met these people, we sometimes talked about similarities between our nations and our peoples. Sweden is also void and cold, with long, dark winters.”