Soviet Cakes were Hard to Get but Worth the Try

By Kamila Zhumabayeva in Nation on 18 November 2016

ASTANA – These days there are plenty of cakes that are beautiful on the outside, but pretentiously sweet and unappetising on the inside. It is no surprise then that recipes for Soviet cakes are carefully collected and published on the Internet, magazines and books. 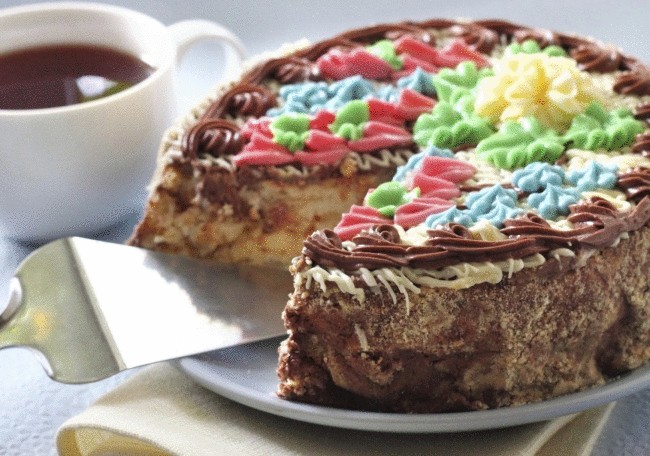 “In the USSR, a cake was more than just a dessert. It was the pinnacle of the feast, an apogee of wellbeing filled with nearly all ingredients and in big amounts – a lot of biscuit, nuts, jam and crème,” noted a story on ussr-kruto.ru.

Cream was used to make pink, white and green-coloured rose forms to top a cake.

“During Soviet times, many used to bake cakes at home, especially Napoleon and Medoviy. The working population used to buy them, as homemade cakes were time consuming,” said Karaganda-born entrepreneur Gulnara Ashirbayeva, who shared her memories with The Astana Times.

Cake was not immediately part of a Soviet person’s diet. As strange as it sounds, long ago they were not even perceived to be a dessert.

Russian cookbooks had only cookie and curd cakes. Cakes from the 1939 Russian “Book of Tasty and Healthy Food” leave an odd impression of dishes made from improvised agents, according to the website. Later cookbook editions, however, had biscuit, almond, lemon, vanilla and other familiar cakes.

“From the mid-1950s, a cake in the USSR was an indispensable attribute of a festive table,” said Ashirbayeva.

The names alone were interesting – Napoleon, Skazka (“Fairy tale”), Abrikotin (named after liquor made of apricot seeds) and Rog izobiliya (“Horn of plenty”). 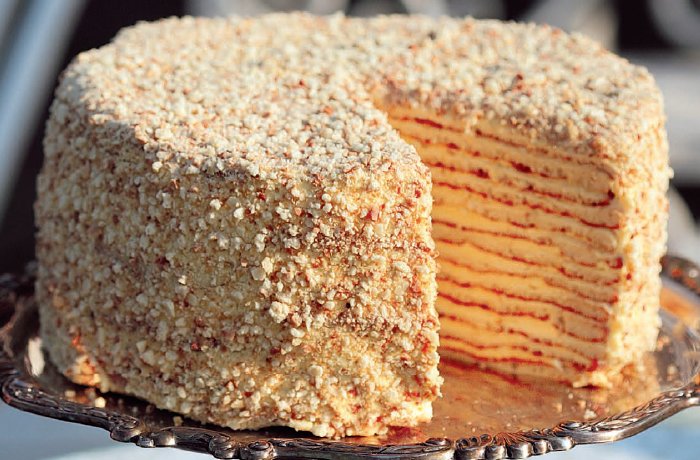 Soviet cakes were pompous, as though invoking an image of a “sweet” socialist life. Needless to say, Soviet cookery did well spawning this feeling and cakes began symbolising wellbeing and sufficiency.

Some biscuit cakes with buttery roses on top have remained until the present day. Ashirbayeva recommends buying them from a place one has tried in the past to avoid cakes with crème made from margarine (artificial butter).

The young generation in Soviet Kazakhstan would mainly bake cakes, said Ashirbayeva. They would share recipes among one another and guests would ask for a recipe of a homemade cake they liked. Homemade cakes required time and a sufficient amount of ingredients and therefore were rarely made except during important celebrations like New Year and birthdays.

“In our family we didn’t use to eat cakes a lot, only during celebrations. All family members helped to prepare food before the guests arrived. I used to bake cakes, cookies, buns and pies, too,” said Ashirbayeva.

Napoleon, Praga, Ptichye moloko and Kievskiy tort are most well known cakes of the post-Soviet Union, according to sovietime.ru. 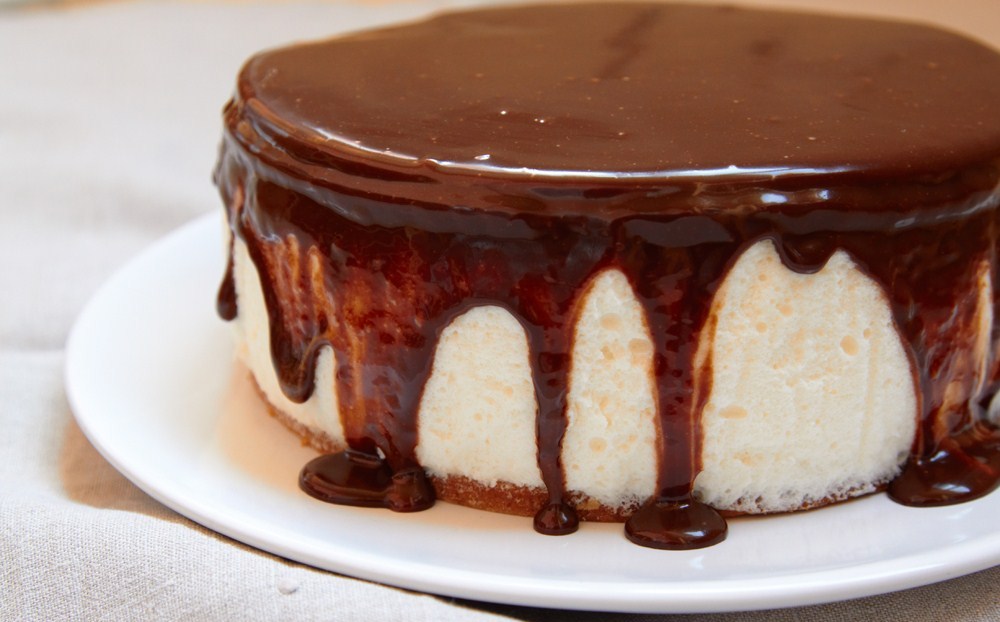 While modern pastry factories try to keep their original recipes, their looks had to change. The original versions had too many decorations like crème roses that are now considered old fashioned.

Moscow pastry cooks created the Napoleon to celebrate 100 years since the French were banished from Russia. One could see the renowned hat of Emperor Napoleon Bonaparte in the cakes.

The first Napoleon was a triangle cake made from puff pastry with cream. A classic Napoleon now has a rectangular shape.

Napoleon is called “millefeuille” in France, vanilla slice or cream slice in the U.K. Other variations are available in the Netherlands, Belgium and Hungary. The cake can be purchased in Kazakhstan, although the homemade version is deemed tastier that ones bought from stores.

Soviet residents were quite fond of Praga, according to the article. The cake is expensive and demanding in terms of preparation and contains three layers of chocolate cake soaked in cream. After the cake is saturated for a day, it is smudged with fruit jam then covered with a chocolate glaze.

Another version includes four types of butter cream made with cognac and French liquors Benedictine and Chartreuse. The layers were soaked in rum.

Waffle cakes were the cheapest and most available in the USSR.

A famous soufflé cake and popular candy in post-Soviet states, Ptichye moloko literally means “bird’s milk.” The phrase is not the origin of the name, but an idiom of ancient Greek origin meaning an “unobtainable delicacy.”

The recipe first emerged in Poland and the brand was introduced in Soviet times. The cake is made of an agar-agar (a jelly-like substance) soufflé with a chocolate coating. In Soviet times, many people lined up in queues to buy Ptichye moloko due to limited production.

Rog izobiliya was among the classy dainties of the former Soviet Union. It consists of two biscuit cakes and a layer of meringue (a type of dessert) smudged with cream and laid on a table in the form of a horn, then  decorated with more cream, fruits and flowers.

“Some still prefer classic cakes known from Soviet times over other variations. Soviet cakes with a modern touch are as good as former versions, only more concise and accessible.

“The truth is some people complain that buying ingredients is more expensive than just buying a cake. What we do on our own and what we buy are two different things nowadays,” noted ussr-kruto.ru.