By Aiman Turebekova in International on 22 November 2016 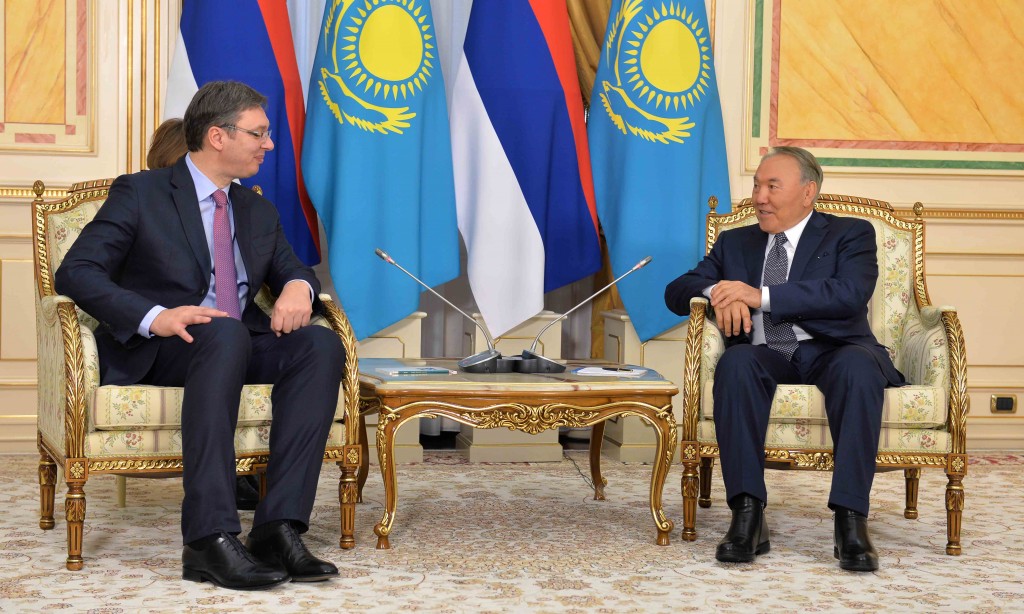 Nazarbayev noted that Serbia is an important European business partner and there’s potential to increase economic relations. “There are 24 Serbian companies registered in Kazakhstan, only 15 of them are currently operating. At the same time, a good example of the successful work of Serbian businesses in Kazakhstan is a company that participated in the construction of the metro, offices and banks. It is obvious that it is necessary to continue to strengthen economic cooperation,” the Kazakh head of state said referring to a company called Energo-Proekt which built a new office for Forte Bank in the Astana and a metro station in Almaty.

The President said he hoped the meeting and Serbia’s participation in a business forum that took place the same day would strengthen bilateral relations.

Nazarbayev invited Serbian companies to take part in the implementation of Nurly Zhol, which is a programme of industrial-innovative development.

“You will visit Nazarbayev University that brings together the best traditions of education and strong teachers from around the world. The university students are provided with the most modern material and technical resources for training, the primary task of this institution is to train high-level personnel for the effective implementation of public tasks,” Nazarbayev told Vučić at the start of their meeting according to Akorda.

Vučić thanked the Kazakh leader for the hospitality and noted Nazarbayev’s contributions to developing the country and its capital. He also stressed that Kazakhstan’s experience in various fields is useful to Serbia.

“We discussed many issues in the narrow format that need to be discussed in the framework of these orders by the heads of our states. The plan of activities has been set up, and our colleagues from ministries, national companies are working on it in order to comply with all these requests,” Sagintayev stressed. 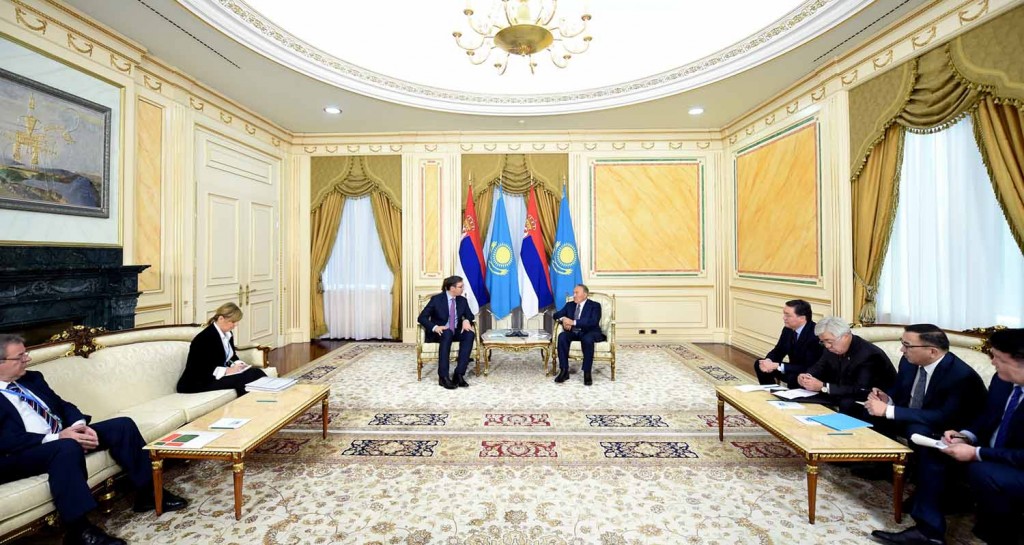 The sides also signed a road map for Kazakh–Serbian cooperation for 2017-2018, as well as the protocol of intent between Astana mayor’s office and Belgrade City Hall.

Astana hosted the Kazakh-Serbian business forum with the participation of more than 90 Serbian companies.

“We do not have a visa regime between our countries. Today, during a joint business forum, we will sign many documents; it will start in the areas that are awaiting our business community,” said Sagintayev.

President of the Chamber of Commerce of Serbia Marco Chadezh also addressed the investment and economic attractiveness of his country. “We have a relatively good level of value-added tax that is 15 percent. This is less than in other countries,” he said.

Chadezh added that Serbia and Kazakhstan are interested in cooperation. “Kazakhstan is interested in the seeds, planting material, and this area is covered by two Serbian companies, which carry out a large export to different markets. We hope that after negotiations with the Kazakh side, the volume of transactions will increase,” he concluded.

The Serbian side supported all of Kazakhstan’s proposals and expressed readiness to establish a free trade relationship.

At the business forum, the parties signed agreements and memoranda, including the one on opening direct air communication between Astana and Belgrade.