By Malika Orazgaliyeva in Nation on 29 November 2016

ASTANA ­– President Nursultan Nazarbayev rejected during the Nov. 25 meeting of the National Commission for Modernisation a proposal voiced one day earlier in the Parliament to rename the Kazakh capital after him. 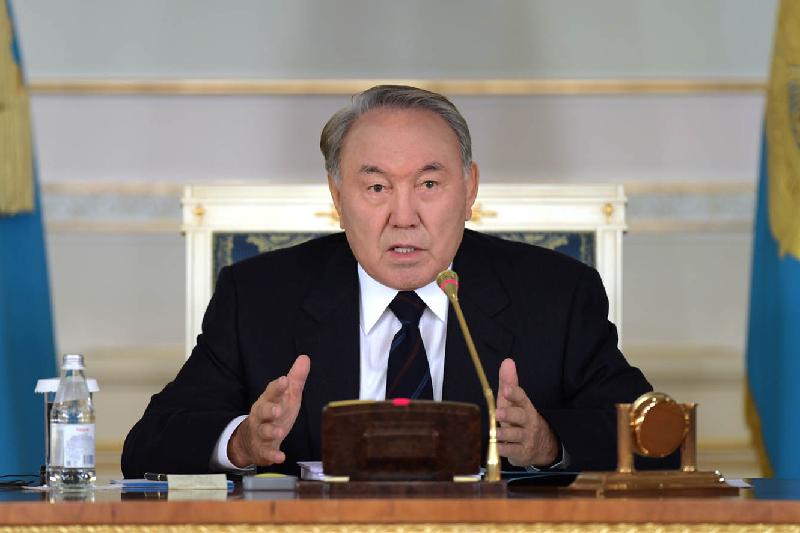 “We have done a lot. I would not be able to do anything alone, without you next to me,” he said addressing the participants of the meeting including parliament and government leaders. “I was lucky for 25 years in picking up my teammates. I believe one person cannot do anything. Thanks to all the Parliament members who are doing their job successfully. Also, I thank the Parliament for the declaration, which points out all the stages of our development, as well as my contribution. Of course, I am pleased as a person. The Parliament is an independent branch of power, which has the right to make decisions and express its opinion. We will address any questions concerning renaming of cities, settlements and so on, appropriately, taking into account the country’s needs,” Nazarbayev said.

In his subsequent media interviews, the Kazakh President was even more categorical saying Astana was already a recognised brand and it would be wrong to discard the many years of state efforts that went into building up the city’s international recognition.

In the meeting with the National Commission for Modernisation, Nazarbayev noted that the implementation of the Plan of the Nation “100 Concrete Steps” to implement the five institutional reforms is meant to strengthen the rule of law, develop public service, create favourable conditions for business, strength social stability and form an open government accountable to citizens.

In his words, fulfilment of these five steps will be the next stage for Kazakhstan to join the 30 most developed countries in the world.

Nazarbayev stressed the importance of moving towards a system of remuneration for civil servants in accordance with their evaluation, strict observance of the Code of Ethics, as well as provision of corporate housing without privatisation rights while transferring to another place.

He emphasised the importance of career progression based on competitive selection. Meritocracy should become a universal principle not only for the government, but also for the entire civil sector, including national companies and holdings, he noted.

Nazarbayev drew attention to the professional and psychological selection of police officers and ensuring regular promotion and confirmation of their qualifications. He said law enforcement systems must safeguard the interests of private property and the rights and freedoms of citizens.

The President also asked to speed up the establishment of the International Arbitration Centre under the Astana International Financial Centre (AIFC). He also emphasised the importance of attracting foreign investors and appropriately distributing productive forces in the country.

The President also instructed to concentrate on the introduction of social health insurance.

“We must concentrate all our efforts on the promotion of regional tourism. This is important for the economy, as well as strengthening the identity and unity of the people of Kazakhstan,” Nazarbayev said concerning updating the concept of development of the tourism industry up to 2020.

Nazarbayev instructed the participants to enhance the performance and execution of the Plan of the Nation in all areas. He noted that the purpose of its implementation is a key to achieve positive economic effects and prosperity of Kazakhstan.