Ahead of Kazakh President Nursultan Nazarbayev’s state visit to Seoul on Nov. 9-11, Kazakhstan’s Ambassador to the Republic of Korea Dulat Bakishev answered The Astana Times’ questions on the development of cooperation between the two Asian nations. 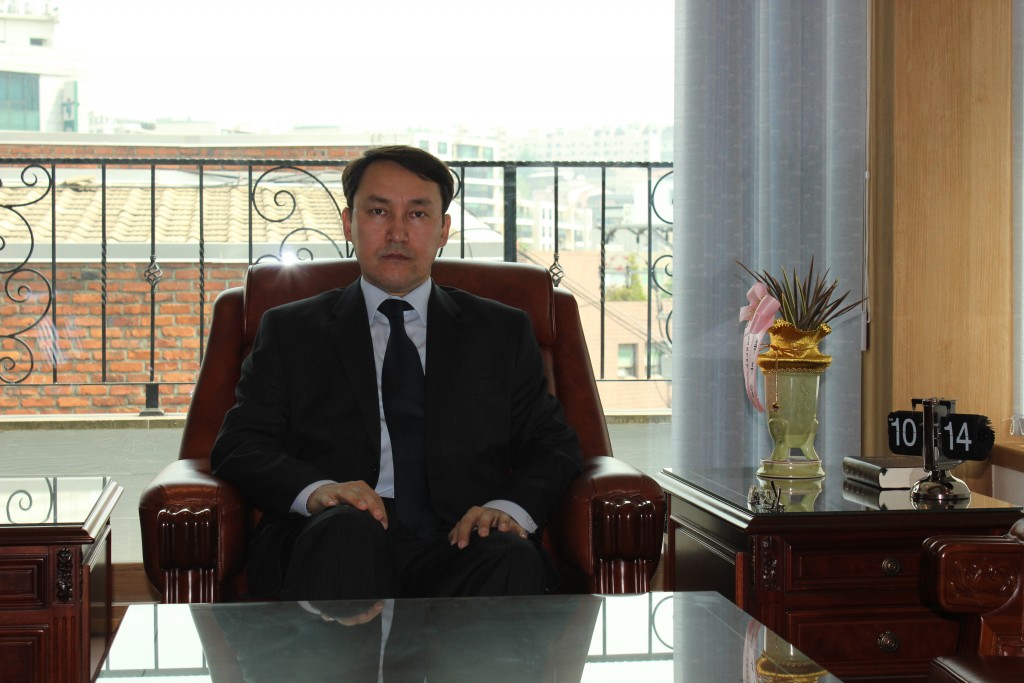 Over the past period, relations between our countries made considerable progress. In early 1990s, we barely knew each other, in the middle 1990s we had actively been filling our contractual and legal basis with qualitative and perspective bilateral documents; in the first decade of this century we have achieved the level of strategic partnership and now our countries are enhancing it.

Astana and Seoul are cooperating successfully in the international arena, and mutually supporting international initiatives and actively participating in solving global issues.

Speaking about the development of our trade-economic bonds, we can highlight several stages.

At the very beginning, it predominantly was an exchange of light industry commodities. Then Kazakhstan started to import Korean electronic goods and cars. Afterwards, Korea started targeted investments into service, finances, construction, factories, infrastructure and development of natural resources.

Kazakhstan is a strategic partner of South Korea in such an important region as Central Asia. There are various reasons for that. It includes geopolitical position of Kazakhstan, its firm political and economic system, rich mineral resources, Eurasian Economic Union (EAEU) perspectives and others. Another considerable factor, defining increased interest of the Republic of Korea is the significant and influential representation of Korean diaspora in Kazakhstan.

Relations between Kazakhstan and South Korea are developing successfully in all vectors. High-level meetings confirm the friendship and stability of our relations. Agreements between leaders of our countries are the evidences of the high dynamics of cooperation and its impressive results. We anchor our great hopes on the visit of President Nazarbayev to Korea both in term of economy and politics.

We are willing to continue to strengthen investment cooperation with the Republic of Korea.

The world community is standing in the verge of the fourth industrial revolution, and Korea as a country of advanced technologies, is among the most perspective cooperation partners. That is why we expect achievements from the upcoming bilateral meeting of the presidents in mutually beneficial high-tech projects while applying know-how. As a result, we would lead our economic relations to the whole new level.

What are the perspectives for business cooperation between the two countries? What kind of practical support is provided by the governments of Kazakhstan and South Korea to develop business relations?

Kazakhstan and Korea have all necessary prerequisites for development of joint projects. There is contractual and legal basis; both countries provide splendid opportunities for investments in terms of taxation and other obligatory licensing procedures.

It is worth mentioning that Kazakhstan creates various favourable conditions for businesses and foreign investors. They include easing of tax legislation, optimisation of licensing procedures; also specialised programmes on certain branches were adopted as well.

South Korea also does everything needed for the convenience of entrepreneurship, including foreign business. Governmental programmes aimed at promotion of “Global Advanced Korea” are comprehensively facilitating it.

Currently, Kazakhstan and Korea are already implementing a number of large projects. Big Korean business, which has entered the Kazakh market, became an umbrella for Korean small and medium enterprises to enter the Kazakh market.

Today, more than 400 joint Kazakh-Korean enterprises are operating on the territory of Kazakhstan, and I think this figure will be constantly growing, especially considering new opportunities for business opening up in the light of the Eurasian Economic Union.

The economic integration always played a positive role in the development of entrepreneurship, while Korea is pretty active and experienced in integration associations, and this is the reason why Koreans clearly recognise and value benefits in entering such a huge EAEU market with a population of practically 180 million people.

As you are aware, new the EAEU Customs Code is to be signed in December. With adoption of this document, in my opinion, bilateral economic relations must accelerate significantly since the Customs Union will provide considerable easing to do foreign trade.

I am confident that the perspective private sector of both countries, along with joint projects on the territories of Kazakhstan and Korea, will actively expand to the third market. At the modern stage, all necessary opportunities are in place.

It is clear that trade and economic relations are important. However, how do you assess cooperation in other fields?

Certainly, the economic aspect is important for us. However we also pay enormous attention to cooperation in other fields, including culture, education or healthcare.

Our cultural and humanitarian relations have positive dynamics.

Kazakhstan and Korea, thanks to such factors as a long history of exchange, cultural similarity, have a firm basis to enhance partnership and exchange. The fact that the government of Kazakhstan takes care and pays attention to the Korean diaspora contributes significantly to the strengthening of understanding and friendly relations between our countries. The large Korean diaspora in Kazakhstan with active support of the Assembly of People of Kazakhstan serves as a solid bridge between our countries. Korean theatre and the Association of Koreans are operating in Kazakhstan.

Next year, we will celebrate the 25th anniversary of diplomatic relations between Kazakhstan and the Republic of Korea. In this regard, a number of relevant events are planned to be undertaken.

What would you wish for the peoples of both countries?

I would like to highlight that particularly through cultural ties, communication of people and mutual learning of traditions and customs ensure truly close cooperation of states. Higher officials, government structures, diplomats, state agencies put maximum efforts to bring our countries closer, however, without the support of populations and common citizens, these efforts aimed at ensuring a worthy life and the prosperity of our people, can diminish.

In the globalising world, it is crucial to move forward hand in hand with friends, reliable partners, one of which for Kazakhstan is South Korea.

I would like to wish the people of our countries prosperity and infinite energy in the matter of strengthening friendship.