By Malika Orazgaliyeva in Nation on 24 November 2016

ASTANA – Kazakhstan’s Parliament adopted Nov. 23 the Declaration on the 25 years since the Independence of Kazakhstan during a joint meeting of the two chambers of Parliament under the chairmanship of Mazhilis speaker Nurlan Nigmatulin. 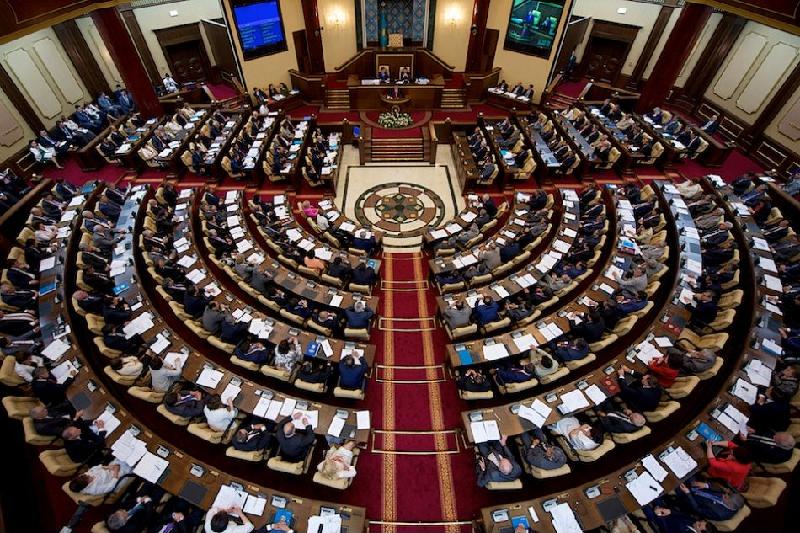 “All the achievements and victories of independent Kazakhstan have become possible thanks to the dedication and tireless work of every citizen of Kazakhstan under the strong and wise leadership of First President of Kazakhstan – Leader of the Nation Nursultan Nazarbayev. The political will and strategic vision of Nursultan Nazarbayev have determined the success of Kazakhstan’s model of development, which brought sustainable growth. Therefore, consideration of this historic document by the Parliament evidences special significance of the upcoming anniversary,” Nigmatulin said.

The declaration reflects important stages of development under the guidance of the President, who initiated creation of a new capital, which has become a triumph of Kazakhstan’s independence and the pride of the nation, Sultanov said.

The document states the necessity to raise up a monument in the capital named “Tauelsizdik Kazakhstan” (Independent Kazakhstan). In addition, it proposes to note Nazarbayev’s outstanding contribution to the construction of the state in the Constitution, as well as reflect his name in the names of the capital and other important objects of the country. [Similar proposals were made in the past, including in 2008 and in 2011, but they were rejected by the Kazakh head of state back then.]

After receiving unanimous support from the members of both chambers, the declaration was adopted by the resolution of the Parliament.

Nigmatulin congratulated the deputies on the adoption of what he called an important document for the entire nation, as well as noted its spiritual heritage for history and future generations.

The Prime Minister, the State Secretary, the Head of the Presidential Administration, members of the Constitutional Council, the Supreme Court, the Central Election Commission, as well as heads of state bodies and media representatives attended.