By Kamila Zhumabayeva in Business on 5 November 2016

ASTANA – Kazakhstan’s first OBI hypermarket is slated to open in Almaty by late May. The home improvement superstore, to be built on 3.4 hectares at the intersection of Sain and Tole bi streets, will create 400 new jobs. 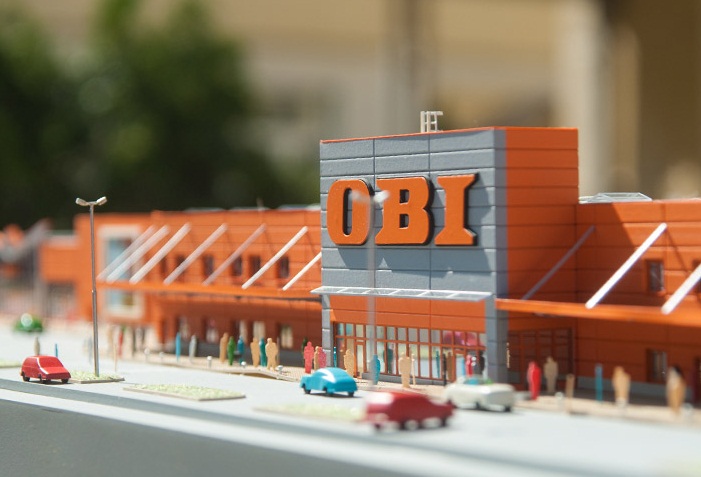 “OBI’s entrance into Kazakhstan means global revolution in amenities provision. We used to find solutions to modernising markets in different ways and working with major global retailers is a number one decision we focused on,” said Almaty Deputy Akim (Mayor) Yerlan Aukenov during the Oct. 28 Auezov Invest Forum, reported Kapital.kz.

Founded in Germany in 1970, OBI has become a leading European DIY retailer with 570 hypermarkets in Central and Eastern Europe. The company’s annual turnover amounts to about 7 billion euro (US$7.7 billion). The hypermarket offers construction, renovation and gardening equipment as well as car accessories, bathroom equipment and lights.

Carrefour, which has the second largest trade turnover in the world after Walmart, is already established in the Kazakh market. OBI is among the top retailers for gardening and amenities items.

Aukenov noted Kazakh bazaars have a very narrow selection and prices are higher than they should be, while OBI offers quality, a broad range of goods and acceptable prices.

“With this approach, we will make the market transparent. This is about the development of an entire city,” he added.

All permit procedures between the Akimat (city administration) and Asadel Retail Group, which owns the hypermarket’s franchise, have been concluded and construction was slated to begin Nov. 1, said Asadel Director Nurlan Abdikarimov at the forum, according to Kapital.kz.

“We are already looking at the market and think that perhaps Almaty will have three OBI hypermarkets. We have an offer on where to locate the second store. We will review the offer more closely based on local and commercial terms. Astana will be next and elaborations on locating that facility are also being held already. During the next five years we plan to build six hypermarkets in Kazakhstan, but I think we will not stop there. Perhaps there will be more; it all depends on market conditions,” he said, according to the news agency.

Construction of the second OBI in Almaty and those in Astana and Shymkent will begin in 2017; the store in Aktobe is scheduled for 2018 and the one in Karaganda in 2019.

“We are a DIY (Do It Yourself) retailer. Our formant is different from that of others and our country does not have one yet, I believe,” said Abdikarimov.

OBI was approved in Russia 10 years ago and has been extremely successful, opening 27 hypermarkets with a huge turnover. The local population has been very interested in the format, he added. Similarly, he suggested Kazakhs will find the stores to be an acceptable and convenient way to offer goods that could help improve housing and living conditions.

Manufacturers from Eurasian Economic Union (EAEU) countries will supply most of the merchandise. Household and garden commodities under the hypermarkets’s OBI, CMI and Lux store brands will be an important feature, according to Kapital.kz.