“Taraz,” a new film from young producer Nurtas Adambayev released Oct. 13, has already made a claim across Kazakhstan. The title is the name of Adambayev’s native city in South Kazakhstan, known in the 1990s for high crime rates. 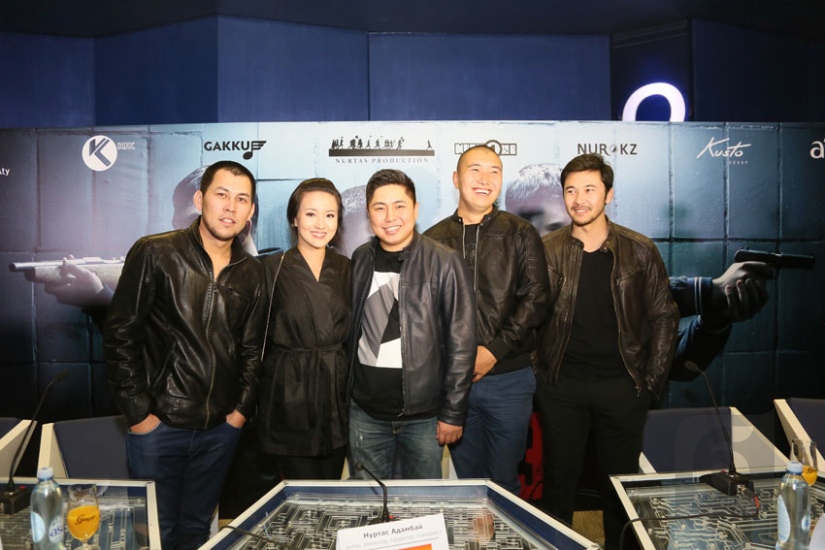 The first viewers are comparing the author of the hilarious comedy “Kelinka Sabina” (“Sabina the Daughter-in-law”) with Quentin Tarantino, who produces bloody criminal dramas. Baiterek.com talked with Adambayev about the movie, his attitude towards modern Kazakh cinema and how he uses the proceeds from his films.

When do you consider your films to be successful, considering your latest release “Taraz” received two nominations in Los Angeles – “Best drama feature” and “Best cinematography?” Is Kazakh audience your main critic?

I had always been saying that we produce films for viewers, not for critics and various international festivals. However, such awards as two nominations at the American festival surely are bound to make me happy and sooth my ego. There is nothing to hide and again, this is not the priority.

The important thing is the sympathy of the audience. I often hear stories about movies that won plenty of awards abroad, but Kazakh and foreign viewers could not watch or did not want to watch them. We really appreciate the fact that families and couples watch our films, while movie halls are usually overcrowded during the shows. 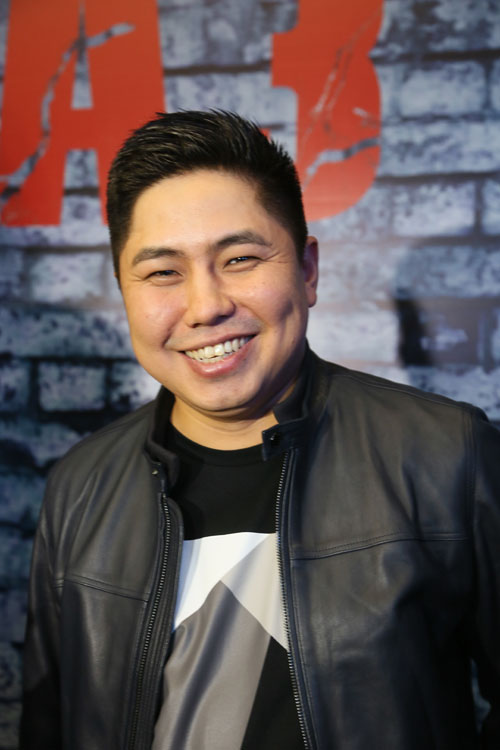 Your films always achieve high box office results – is the secret the special intuition you have for the demands of the motion picture industry?

The answer is that I represent my people and I always think about films that are dear to my own heart. I do not act like I have become a director, so I will produce films understandable only for me. To the contrary, a beacon for me is mass interest, and, frankly, this brings me joy.

To what extent have you managed to escape the typecasting of “Kelinka Sabina” in “Taraz?”

No doubt I managed to. However, I did not have that special aim. I just wanted to film a criminal drama and play a role in it. Let’s say, I just pulled rank.

Is it hard to combine the roles of actor, director and producer?

Of course, it is hard. You try to strain every sinew on camera, in line with that you monitor the text and performance of other actors in the film set… Often, while watching the playback I immediately catch all the mistakes which I have to correct and then I recast everything. Of course, it is much easier to orchestrate a filming while sitting in front of the screen. But I cannot do things like that! Full engagement into a project brings me pleasure. Therefore, I am going to do so in the same vein until I can’t.

“Taraz” is not the genre where Kazakh viewers are used to seeing you. How difficult is it to switch from comedy to drama?

It is fascinating. It was interesting for me to try myself in a new genre. Frankly, at the movie set I often caught myself thinking that this is the first time I was filming. But I coped with it and, I am afraid, after this experience I will stop with comedies and will produce only serious and harsh films. In “Taraz” we tried to base the atmosphere on the turbulent post-Soviet 1990s, when the situation around was full of crime and law enforcement agencies were everywhere, particularly in schools. I personally remember those days, when along with geometry and biology books I would take a knife to school for self-defence purposes.

Could you describe the filming process?

Fortune favoured us everywhere, even with weather. It started to get foggy or rainy when we needed it for the film. I really appreciated our team’s effort, particularly the actors for their patience and self-possession. A lot of scenes were morally hard and related to violence. And, by the way, if there were beatings on camera, they were real; the same with suffocations. Sometimes they had to repeat these nightmares for ten takes and no one complained as far as everyone realised that this was for common cause.

What was the budget for “Taraz?”

We have spent around $400,000, which is twice as expensive as “Kelinka Sabina” was. At a certain point, I thought of giving everything up and freezing the project. But every time I saw the fiery eyes of every member of the team I went on. I am happy that I did not give up and finalised the project.

You are from the city of Taraz. Did you take real life events from the city’s history as the basis for the film?

The film is not based on any true story, but it was made in a fashion that people would feel modern reality. These kinds of things could happen any time and with every citizen of our country. But truly, we chose the city exactly due to the fact that I was born there. While avoiding derogation from other cities of Kazakhstan, I would highlight that I am happy with this fact. The film is brutal due to the choice of location and the title of the film sounds cool – “Taraz.” Petropavlovsk, probably, would not sound like that (smiles). If only to shoot a romantic comedy about it and discover the fact the most beautiful ladies live there, while “Taraz” is a social drama about the livelihood of common people who were confused in circumstances. We love shooting films about ourselves, as it was the case with the previous movies, and we tried to do the same.

What are your expectations about “Taraz” considering the competition with national and international movies?

We do not have the purpose to outrun someone. We only wish to create a quality product of which we will not feel ashamed. A lot of people, for instance, compare “Taraz” with the first Kazakh criminal drama “The Racketeer” (I am sure that everyone in our country watched the film of my friend Akan Satayev). I can tell you that these are totally different movies.

What kind of path was made by a common guy from Taraz to earn popularity and the name of an in-demand director, producer and actor?

I think the same as in any other field – the main thing in cinema is to love your business and dedicate your soul and body. In this case, success will appear soon.

How will you be spending your earned money?

Definitely not on real estate or luxurious elements. Usually the funds are spent for new shootings.

Do you have plans to film the third part of “Kelinka Sabina” or a sequel to “Taraz?”

A continuation of “Kelinka Sabina” and the new drama is doubtful; we simply do not have the time to start shootings. Another disturbing factor is the plan to shoot a new film, production of which will start by the end of this year.

How do you see the concept of modern Kazakh cinema?

Honestly, I am not familiar with the novelties of Kazakh cinema. I was invited to the first meeting of the Eurasia Film Festival and I started asking tricky questions and raising topical and burning issues. Now, no one wants to invite me to such events. Probably it is because I openly express my opinion and vision on the future of Kazakh cinema. However, we had to develop the Kazakh cinema industry a long time ago, considering the fact that we have talents and means.

What is your opinion towards the proposal of (well-known Kazakh born Russian and Hollywood producer) Timur Bekmambetov to cut the costs of tickets for Kazakh films, which he expressed at the roundtable session dedicated to discussions of the draft concept on developing cinema in Kazakhstan by 2050?

I have already expressed my opinion in this regard several times. This is a very unfair statement. Moreover we had such precedent in Kazakhstan, when workers assembled in the square and struck against salary discrimination, expatriates from China received much more of the same work. Here we have the same situation. Why should tickets for Kazakh films be cheaper than for international ones? At least we should be on the top here! If we do not respect and appreciate ourselves, who will?