ASTANA – Only 24 percent of Kazakh citizens believe people can stop corruption by refusing to pay a bribe whenever asked or wherever possible, according to the Transparency International survey. 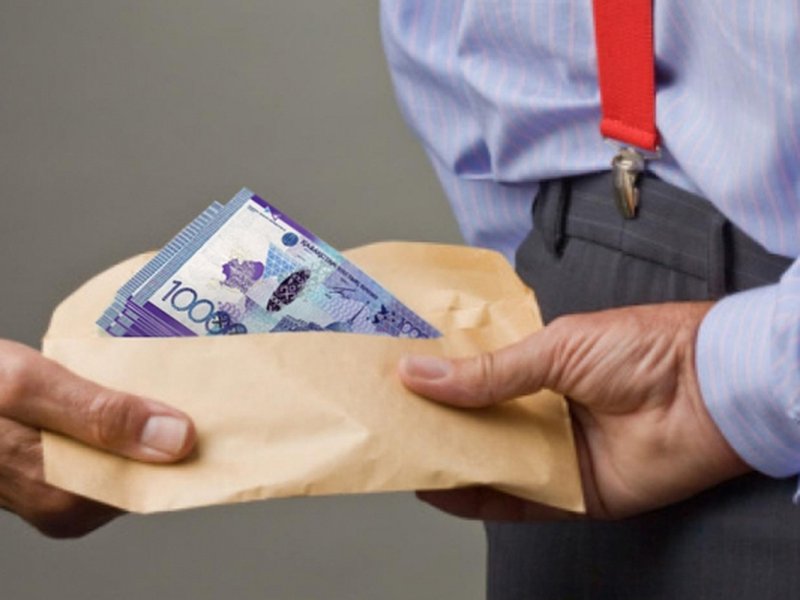 This year, Kazakhstan participated in the largest Global Corruption Barometer research held by the international civil society organisation leading the fight against corruption. For its latest report People and Corruption: Europe and Central Asia, Transparency International surveyed about 60,000 people across 42 countries in the region about their daily life experiences with bribery.

“Corruption is a significant problem all across the Europe and Central Asia region,” said Transparency International chair José Ugaz.

“Governments are simply not doing enough to tackle corruption because individuals at the top are benefiting. To end this deeply troubling relationship between wealth, power and corruption, governments must require higher levels of transparency, including around who owns and controls companies through public beneficial ownership registries,” he added.

More than one in three Kazakh citizens think corruption is one of the biggest problems facing the country. Transparency Kazakhstan experts compared results of the research published in the current and 2013 studies and analysed the most important problems which should be adequately addressed by the government according to respondents’ points of view.

Citizens are fighting to curb corruption in the country; however, the survey data shows public sentiment mostly depends on the economic situation in the country, as well as challenges in the health and education sectors, problems in the labour market and level of crime.

Approximately29 percent of Kazakh citizens said they paid a bribe this year compared to 39.9 percent in 2013. In addition, 37 percent of respondents noted the reduction of the corruption level over the past four years. About 32 percent are dissatisfied with the way government is tackling the corruption risk, while 22 percent are unsure how the anti-corruption measures can be evaluated.

The Global Corruption Barometer survey also asks people to tell how corrupt they view different powerful groups in their country. The nine groups include high-level political figures (the president’s/prime minister’s office, members of parliament and government officials), key public sector staff who interact with citizens (tax officials, the police, judges and local government representatives) and those who are not involved in the public sector but influence on political service (business executives and religious leaders).

According to 35 percent of those surveyed, police are the most corrupt group in Kazakhstan. Business executives were seen by 29 percent as having extensive corrupt practices. Judges follow closely, with 28 percent saying they are highly corrupt. The President’s, prime minister’s office and officials in their office are seen as the cleanest of the nine groups, with only 11 percent of respondents saying the group is highly corrupt.

Bribery is a quite common experience for many households in the region, according to the report. Bribery to the road police is the most prevalent, with 47 percent of Kazakhs admitting to making a payoff. Bribery in public agencies and civil courts are also fairly common at 33 percent and 31 percent, respectively. Fewer than one in three respondents paid bribes to the public education system, public agencies to get social security benefits or while obtaining official documents.

Social problems and economic difficulties in Kazakhstan came to the fore this year. Nearly 67 percent of respondents said they are concerned about the health care sector, urging the government to pay close attention to this segment. The economy and unemployment rate are believed to be one of the most urgent concerns by 49 percent and 43 percent, respectively.

Kazakh citizens believe greater efforts need to be made in the fight against corruption. Tackling corruption requires a clear commitment from all levels of government, the private sector and civil society working together to address the abuse, noted the report.