By Kamila Zhumabayeva in Nation on 23 November 2016 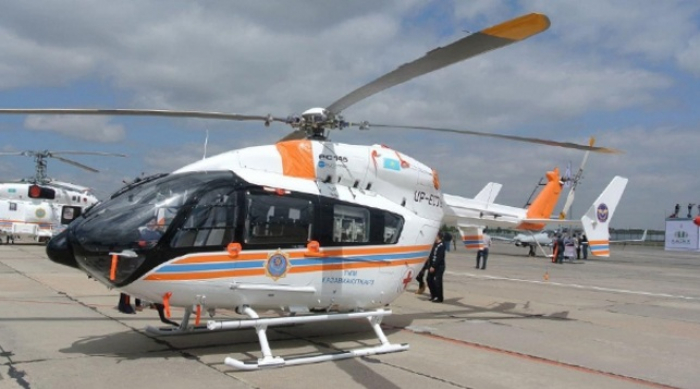 “For the period of 2011-2016, the medical service staff rendered 10,938 medical services; 7,850 were transporting patients, 2,434 were consultations and there were 654 surgeries. Twenty-eight percent of overall medical services were provided on the spot,” noted the official statement.

Air ambulances are called for a variety of reasons. The leading causes are childhood pathology (22 percent), injuries, accidents and poisoning (21 percent) and obstetric emergencies (18 percent), according to the ministry. Dispatches are also made for newborn pathology (16 percent), blood circulation illnesses (13 percent) and neurological, infectious, surgical and all other diseases (10 percent).

“For the above-mentioned period, air ambulance teams provided medical care to 836 injured in traffic accidents. Moreover, for this period 29 flights [were made] to transport Kazakhstan citizens to medical facilities in Astana and Almaty to continue treatment at clinics overseas,” said the report.

Air ambulance teams have qualified doctors on board ready around the clock to help in giving specialised and highly-specialised medical care within the country’s territory. The service is a socially-focused organisation that aims to provide timely and good quality medical help to the population residing in remote areas.