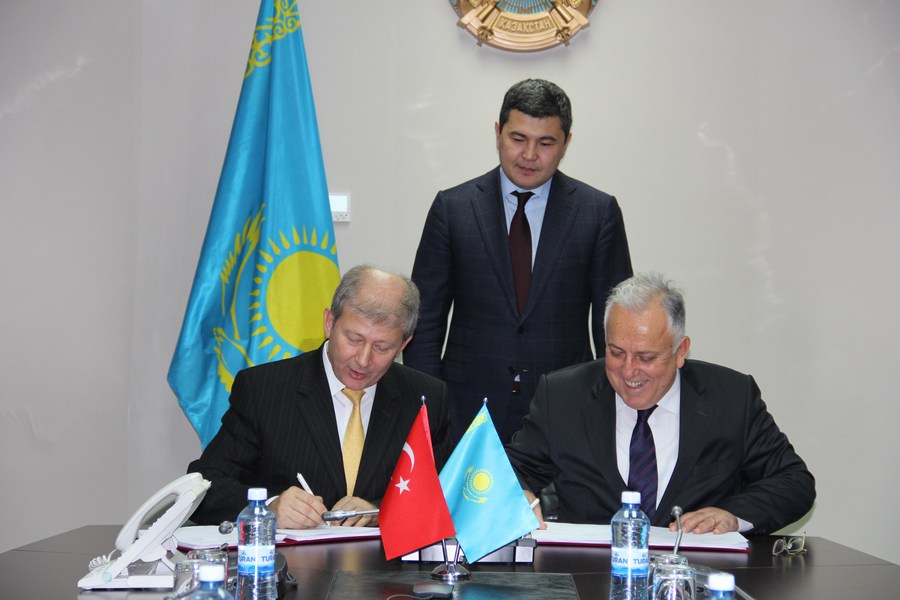 The equipment will provide secure communications for government authorities and the Armed Forces of Kazakhstan. The companies hope to produce the first radio stations in the first quarter of 2017.

KAE is a structural division of Kazakhstan Engineering National Company with 50 percent of the shares, while 49 percent belong to ASELSAN and 1 percent belongs to the Turkish Republic’s Undersecretariat for Defence Industries.

“It is gratifying to emphasise that our agreement was signed in the period of celebrating of the 25th anniversary of Independence of Kazakhstan. This is a significant event for the local enterprise KAE, which will contribute to the production diversification and development of Kazakhstan content,” said Chairman of the Board of Kazakhstan Engineering National Company Erlan Idrissov at the event.

He also noted the relevance of the proposed project within the modern requirements to the level of information security.

Under the agreement, Kazakhstan will be launching the production of various models of radio stations with localisation levels from Semi-Knock Down assembly to high-technology production connected with the assembly of the electronic circuit boards, states the press release.

“KAE LLP was formed back in 2011 to meet the needs of the Kazakhstan defence industry for electro-optical products,” according to its website. In December 2013, the company launched the plant, the opening of which was visited by Kazakh President Nursultan Nazarbayev. At that time, he talked about the importance of the creation of such high-tech industries in Kazakhstan.

Two years later, KAE was recognised as a Leader of Innovations at the Astana Invest 2015 International Invest Forum.