By Malika Orazgaliyeva in Sports on 17 November 2016

ASTANA – Kazakh Prime Minister Bakytzhan Sagintayev instructed interested state bodies to continue preparations for the 2017 Winter Universiade  in Almaty during the Nov. 14 government meeting. He noted the event should be held at the highest level. 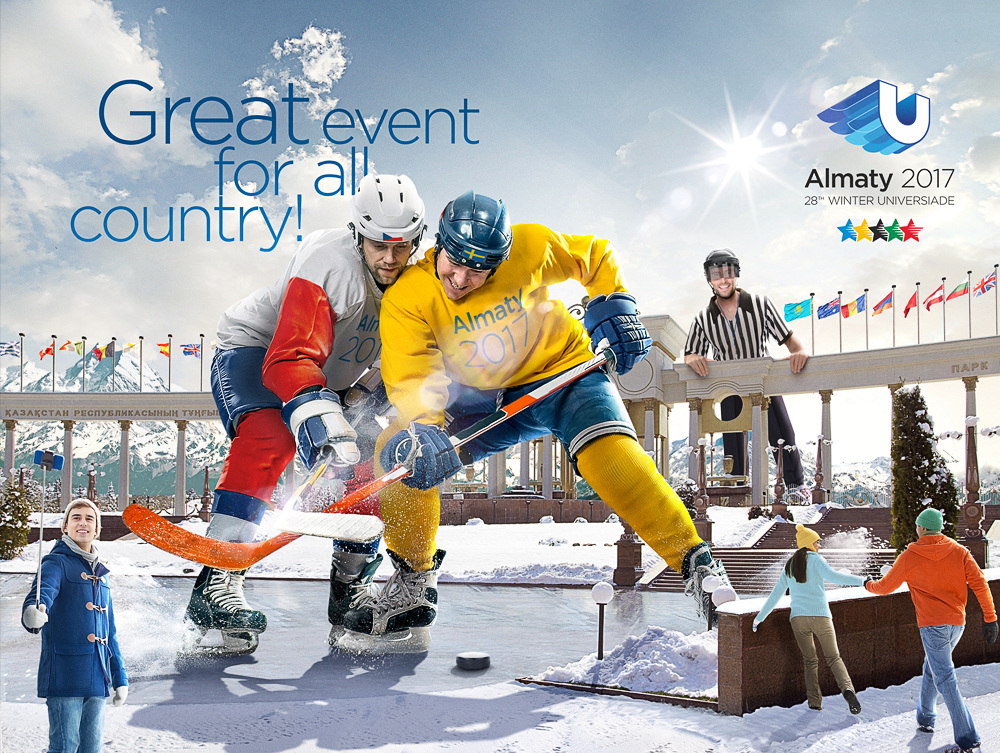 Minister of Culture and Sports Arystanbek Muhamediuly said the Ministry, in collaboration with the Kazakh Federation of University Sports, formed a list of applicants to participate in the Universiade. The nation’s roster currently has 227 of the strongest athletes, 121 males and 106 females. They will work together with 66 professionals, including coaches, doctors and masseurs. Major Kazakh athletes, including figure skater Denis Ten, freestyler skiers Zhanbota Aldabergenova, Julia Galysheva and Pavel Kolmakov, speed ​​skaters Roman Krech and Stanislav Palkin and short-track skaters Abzal Azhgaliyev, Aidar Bekzhanov, Denis Nikischa and Nurbergen Zhumagaziyev, will take part in the event.

In order to make visa issues easier for foreign participants and fans, Foreign Minister Erlan Idrissov said beginning Jan. 1, Kazakhstan will launch a visa-free regime up to 30 days for citizens of member countries of the Organisation for Economic Co-operation and Development (OECD) and European Union, as well as Malaysia, Monaco, Singapore and the United Arab Emirates.

Since its independence, Kazakhstan has participated in 12 World University Games and won 44 medals, including 18 gold, 13 silver and 13 bronze.

Kazakhstan is the first among the Commonwealth of Independent States (CIS) countries to host the Winter Universiade, although this is not Almaty’s first foray into holding this kind of multi-sport event. In 2011, the city was the site of the Seventh Asian Winter Games.

The organising committee is currently in the active phase of preparing for the event. Operational activities are being accomplished in accordance with and guidance of the International Federation of University Sport (FISU). Winter Universiade will be held Jan. 29-Feb. 8, with an excess of 2,000 athletes from 57 countries expected to take part in the event. Three thousand volunteers, including individuals from foreign countries and Kazakh regions, will be involved in the organisation. More than 30,000 guests and tourists are expected to attend the festivities, according to almaty2017.com.

The Universiade’s programme will include 12 sports – alpine skiing, biathlon, curling, speed skating, Nordic combined, cross-country, ski jumping, snowboarding, figure skating, freestyle skating, ice hockey and short track. To date, 57 countries have officially registered to take part in the event. There will be 127 international judges and around 600 national technical officials and 86 medals will be awarded.

The Athletes’ Village is being constructed specifically for the event for the first time in Winter University Games history. The village consists of eight-nine-storey apartment blocks in eight buildings and four 14-storey, universal square in the middle, a dining room for 800, swimming pool, medical centre, cinema and domestic service facilities, as well as a two-storey platform with a rich infrastructure that will ensure comfortable service for the participants. All venues built for the Winter Universiade will be available for public use after the games.

An opening ceremony will take place Jan. 29 in the Almaty Arena and the competition will officially start after the lighting of the 2017 Winter Universiade main cauldron. The most important part of the ceremony will be the parade of participating countries along with a special cultural programme. The closing ceremony will also be held Feb. 8 in Almaty Arena, when the games will be officially closed after passing the FISU flag to the city of Krasnoyarsk, the host city of the 29th Winter Universiade.

According to FISU tradition, the award stand must be located in the centre of the city and the Medal Plaza will be situated in front of Republic Palace. Organised welcoming ceremonies will be held Jan. 25-29 for foreign delegations arriving in the Athletes’ Village. After the ceremonies, the flags of all participating countries will be displayed in Flag Alley.

The slogan of the Universiade is “Spread your wings!” with the hope it will encourage participating youth to succeed. The 2017 logo is presented in the form of stylised wings and has a distinct dynamic form (top from left to right) meant to symbolise growth and the pursuit of excellence. The mascot is a young falcon named Sunkar, a free and strong inhabitant of the Kazakh steppes that symbolises speed, flight, lightness, energy and a thirst for victory.