By Dmitry Lee in International on 3 November 2016

ASTANA – Kazakh TV, Kazakhstan’s major English-language channel, underwent a complete makeover on the eve of its Oct. 25 birthday and is now ready to broadcast in the new format. Channel Director Andrey Tarakov spoke to The Astana Times about some of the changes the network has introduced. 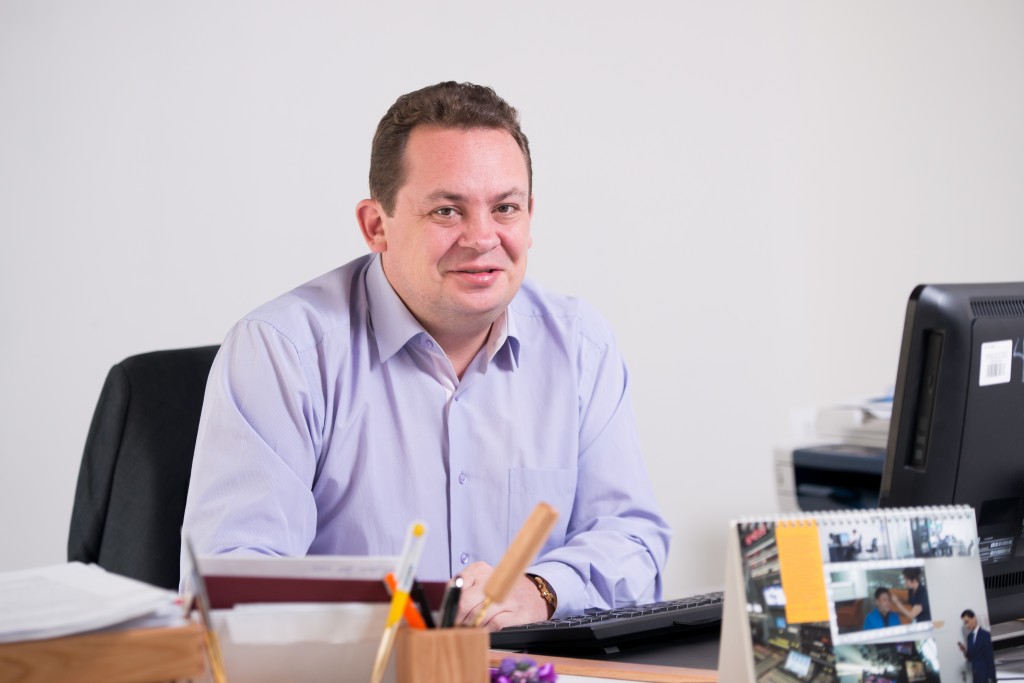 “From now on, the news on our channel will be made in the context of global trends and developments, i.e. the information about international forums that are held in our country or abroad with the participation of our representatives, of course. These will also include world premieres of our culture, art and staging world premieres in Kazakhstan. Fortunately, we have a lot of platforms such as the Astana Opera, for instance, hosting world-scale productions. All this will be in our news,” he said.

The channel’s goal is to be known abroad.

“We strive to ensure that people overseas know about our channel and learn more about Kazakhstan through our channel. A lot of work has been done in this direction already. We broadcast in Europe via satellite platforms like HotBird 13B, in Asia via AsiaSat 5, in North America via Galaxy 19 – a total of more than 118 countries. We have signed contracts with the operators of the largest cable networks, pay TV and Internet units. More than 300 million people can watch the channel in different hotel chains and in cable packages. A lot of work has been accomplished, but still a lot needs to be done,” said Tarakov.

Prior to the rebranding of Kazakh TV, the channel was successfully merged with another channel which is part of the Khabar Agency broadcast family, he noted.

“As part of the Khabar Agency transformation it was decided to merge two channels: Kazakh TV and Bilim zhane Madeniet. These channels have a common ground out in the audience and the broadcast content, i.e. they focus on the culture, traditions, history and tourism in the country. The channel’s mission will not change – it will remain as a guide to the original world of Kazakhstan. The merger created a new universal channel which will be interesting for both the foreign and Kazakh audience; foreign viewers can get information, for example, about tourism in the country and local people can watch programmes on current events or the cultural life in Kazakhstan. We have tried to create the most versatile content that will be interesting to all,” he said.

Kazakh TV occupies a “hard to define” place among satellite channels, he added.

“This is a niche channel which occupies an important place among the country’s channels between culture channels, travel channels and educational channels. It’s a kind of symbiosis, specialising in history, culture and nature,” he said.

“Back in the 2000s, Kazakh TV was known as Caspionet. At that time, it was a major breakthrough. Creating such a channel spoke about the status of any state; not every country could afford a satellite channel back then,” said Tarakov.

At the time, the concept of satellite broadcasting and satellite television had yet to emerge.

“Depending on the demand of such channels, their signal was picked up by television and radio and news agencies, not just the residents of certain countries. Then, the market was clearly structured and that’s when niche channels appeared for every taste – nature and animals, history, culture and others,” he said.

Caspionet initially served as a news channel with content updated hourly. It focused mainly on Kazakh ethnic groups, as mass migration followed the collapse of the superpower, and Caspionet became the connecting thread to their homeland.

“The second powerful stage began four years ago – rebranding. The channel became more of an image channel to promote Kazakhstan’s investment opportunities, culture and tourism. The entire content was reoriented in this light. Then it became Kazakh TV,” said Tarakov.

“We want our foreign viewers to learn more about the country and as for our compatriots abroad – we want them to rediscover Kazakhstan thanks to our channel,” he said. “We are planning to continue creating high-quality content in the information and cognitive format. We have a plan which our viewers will find out very soon.”