By Malika Orazgaliyeva in International on 5 November 2016 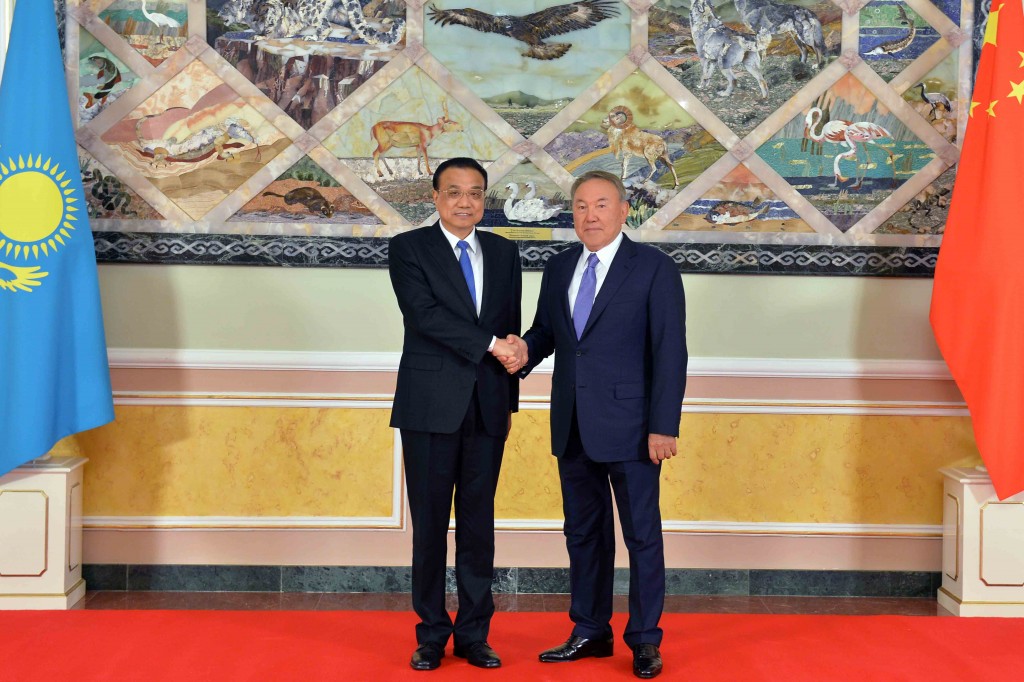 Nazarbayev called China an important strategic partner and said the relationship serves as a model for other nations.

“During your previous visit to Kazakhstan, you offered an economic cooperation programme. In the framework of this programme, a number of agreements have been signed and are currently being implemented. In addition, an agreement was reached on 51 projects totalling more than $20 billion. Thus, China became the main investor in Kazakhstan,” Nazarbayev said.

Li said his visit reflects the strategic nature and friendly character of relations between the two neighbours.

“We intend to continue to maintain high-level contacts, which will promote mutual cooperation,” Li said.

Li noted that a plant in Kostanai assembling JAC trucks is an example of the successful implementation of the nations’ bilateral agreements.

Nazarbayev noted that he personally tested the first electric car assembled in Kazakhstan and that approved projects would be carried out with quality and innovation.

“The Chinese side is ready to work with Kazakhstan on the principles of openness, coordination, cooperation and mutual benefit from the implementation of the plan on pairing the two national economic programmes, Nurly Zhol and the Silk Road Economic Belt. Also, joint promotion of the construction of the economic corridors New Eurasian Land Bridge and China-Central and West Asia Economic Corridor will bring practical benefits to the two nations,” Li said.

The sides focused on energy, agriculture, tourism, communications, transport and logistics and economic cooperation. A teleconference was also held with a plant in Kostanai assembling JAC trucks, where the first joint JAC S5 car was released. Li’s visit to Kazakhstan focused particularly on production capacity cooperation, according to globaltimes.cn.

This is the premier’s second visit to Kazakhstan in two years, which shows the countries enjoy a high-level relationship and strategic mutual trust, the source reported.

“For 24 years, since the establishment of diplomatic relations, there have been stable development dynamics and great results in multidimensional cooperation. The Sino-Kazakh friendly relations that have deep roots are gaining new momentum and greater vitality,” noted Li in his article printed in the Kazakhstanskaya Pravda newspaper Nov. 3.