By Malika Orazgaliyeva in Nation on 17 November 2016

ASTANA – Some of the world’s leading economic, political and international relations experts gathered in Astana Nov. 14-16 for the second Astana Club annual meeting to discuss the global economy and relations. The gathering was organised at the Nazarbayev Centre by the Foundation of the First President of Kazakhstan – Leader of the Nation. 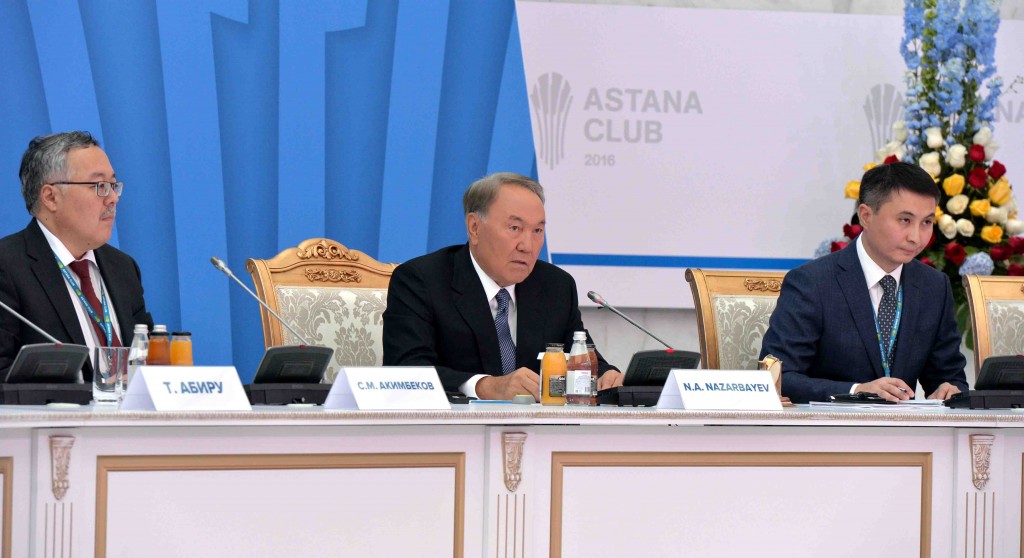 “It is important to jointly determine a route for the creation of a common economic space of the Big Eurasia. In my view, such a perspective is unavoidable. The organisations such as the [Shanghai Cooperation Organisation] SCO, EAEU, EU and the Silk Road Economic Belt project should deeply interact. This vector of continental and world development is impossible to ignore without damage to the progress, prosperity and security of each Eurasian nation. That is my principal position,” he said.

Nazarbayev noted that emerging macro-regional trade associations, including the Transatlantic Trade and Investment Partnership, the Trans-Pacific Partnership and Regional Comprehensive Economic Partnership should target the creation of the single Eurasian trade and cooperation space. 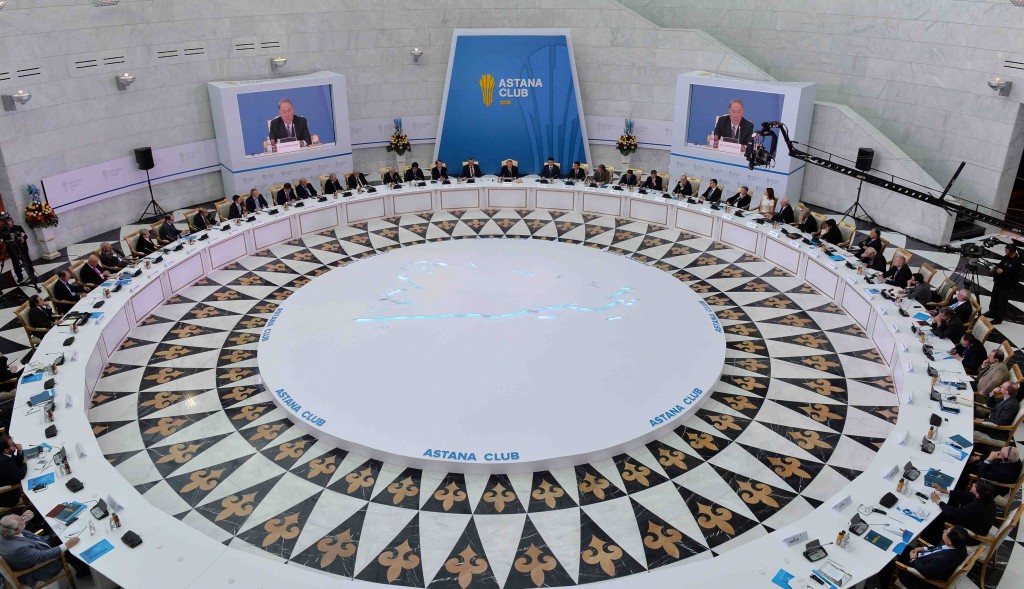 In addition, Nazarbayev outlined the importance of creating a world based on the principles of justice, trust, cooperation and universal responsibility.

“Kazakhstan’s mission is to make our region of Central Asia a strong bridge with two-way traffic between East and West, between North and South. So that there is a territory of interaction and collaboration, a model of peace, trust and global security,” he said.

“I am convinced that by the means of dialogue and negotiations, the world can solve any problems, overcome the contradictions and develop a common global development strategy for the entire 21st Century,” Nazarbayev added.