By Kamila Zhumabayeva in Nation on 15 November 2016 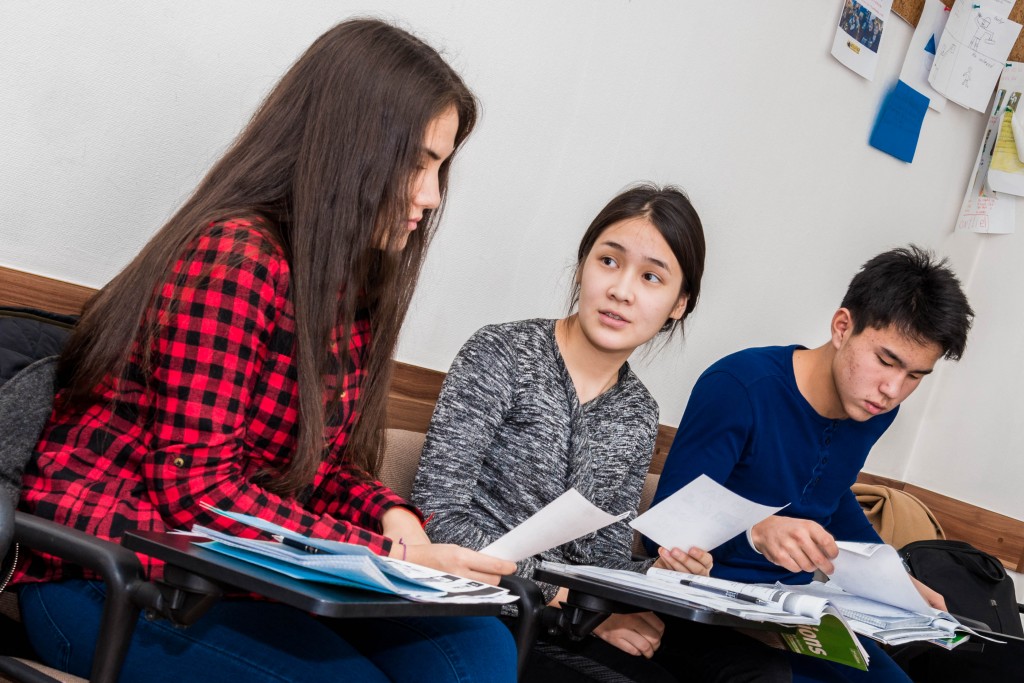 Since 2006, InterPress IH has been a member of International House World Organisation (IHWO), one of the largest and oldest groups of language schools in the world with more than 150 affiliated private language schools in 52 countries. Opened in 1998, the Almaty site began as a bookselling business and gradually became a language school.

“We initially based our business on English language learning… It has been more than 10 years since then. We are evolving successfully with seven language centres in Almaty, two in Astana, two in Karaganda and Shymkent,” said Lozovaya.

InterPress focuses mainly on teaching English, helping students prepare for specialised tests and international exams, offering English courses for corporate workers and other programmes. The school launched a Kazakh language course due to a rising demand in past years for the native tongue. 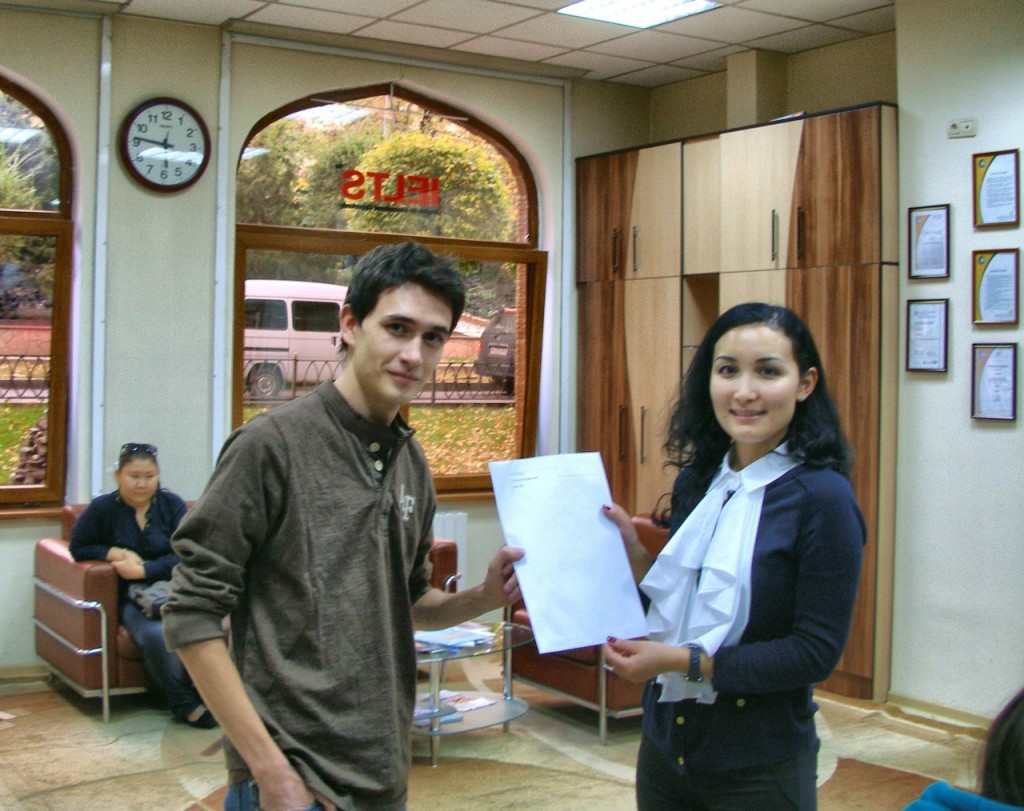 “Kazakh is our native language; therefore we could not ignore it… By the way, there is a new tendency in our centre now. Many Russian-speaking children come to learn Kazakh language individually and in groups,” she noted.

Kazakh courses are mainly taken by locals, most of whom are adults who need the language for their work, to increase their level of competitiveness and other reasons. Expats apply for Russian language lessons, but have not yet enrolled in Kazakh.

The demand and tendency to take Kazakh lessons has declined this year compared to the previous one and remained stable, noted Lozovaya.

“Last year was very active, as we had to make additional hiring announcements for Kazakh language teachers. We did not cope with the work load back then, while now the demand is stable, neither reducing nor increasing,“ she added. 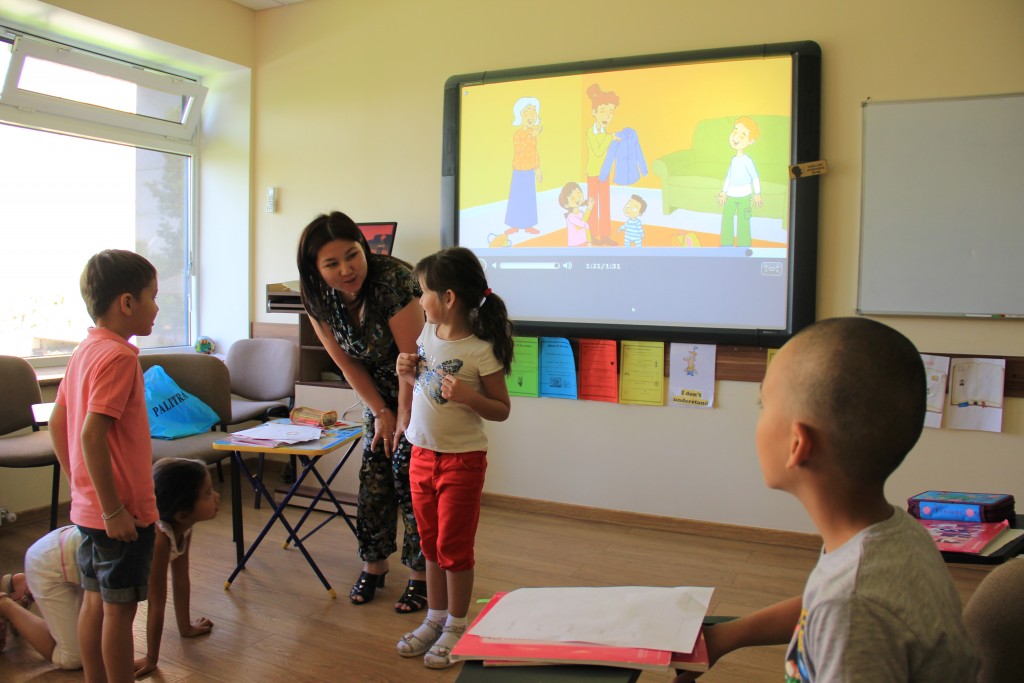 English is apparently a priority language among the younger generation because locals tend to travel overseas to study at foreign universities and colleges in China, the U.K., the U.S. and other countries. Kazakh courses are therefore in less demand among this age group.

“We do not make distinctions in an attempt to promote a certain language. If there is an English language [club], it means a Kazakh language club will also be available,” she added.

Everyone who wishes to practice his or her speaking can do so at the centre’s Kazakh language club.

“We make announcements on our website and social media when, for instance, the club is conducting an activity once a week at one of our schools,” she said.

Teachers consult in advance on the topic that will be discussed that day in Kazakh, a popular practice at the centre.

“So this is beyond just specialised teaching of a common Kazakh language,” said Lozovaya.

The organisation applies a communicative approach for language learning. The method allows learning English with a native speaker by working in pairs using interactive materials.

“This all helps to develop visual thinking and is suitable for children and adults,” she said. “Our teachers and specialists in teaching methods developed a special programme, textbooks and study guides for Kazakh language according to this communicative approach,” she added.

All Kazakh language lessons are also conducted only in Kazakh with games, dialogues, pictures and other forms.

Prior to attending lessons, all students and candidates are tested and divided into groups according to their level of language proficiency. Individual and group lessons of six to 12 people are available. A separate costume programme can be individually designed for those who have specific goals and needs, such as prepping for a certain event on a tight deadline.

Group study has certain pros like communicating with people other than a teacher, said Lozovaya.

“This gives a good impetus to development in the learning process, while individual learning has quite a narrow focus in terms of how much time one has to cover a certain programme,” she added.